Coronavirus (COVID-19): Updates & Resources: We will update our community regularly on changes that may impact our community. Learn More 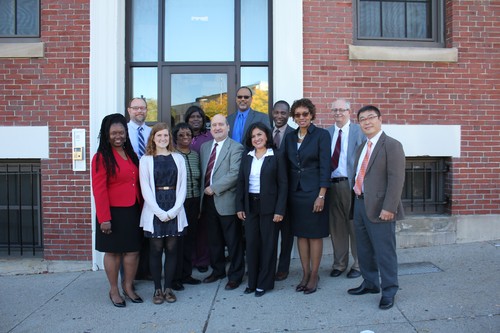 Gordon Conwell Theological Seminary – Boston, also called the Center for Urban Ministerial Education (CUME), offers premium theological education with an emphasis in practical ministry for the church situated in the city. We primarily prepare commuting and busy adult men and women seeking to participate in God’s redemptive work in the world. Our faculty and staff are dedicated to providing the best theological education for men and women serving in the urban, suburban, and metropolitan context.

What do we mean when we say the “city” or “urban church”? The city church is a dynamic environment and resource for preparing and equipping individuals for ministry. Urban ministry as a field for the church located in cities and suburbs is defined by dozens of disciplines of study. Urban-based theological education requires taking into account an interdisciplinary perspective for an effective response to the challenges facing the church in the diverse cities of the world. Our goal is to expose students to its breadth of perspectives and equip them with the necessary transferable skills and core competencies needed in church ministry in the city and metropolitan context. CUME achieves this by utilizing staff with ministry training and experience, practitioner-scholar instructors, and by crafting a rigorous learning environment for a transformational learning experience for those seeking to clarify their call and prepare for a lifetime of spiritual growth in ministry. 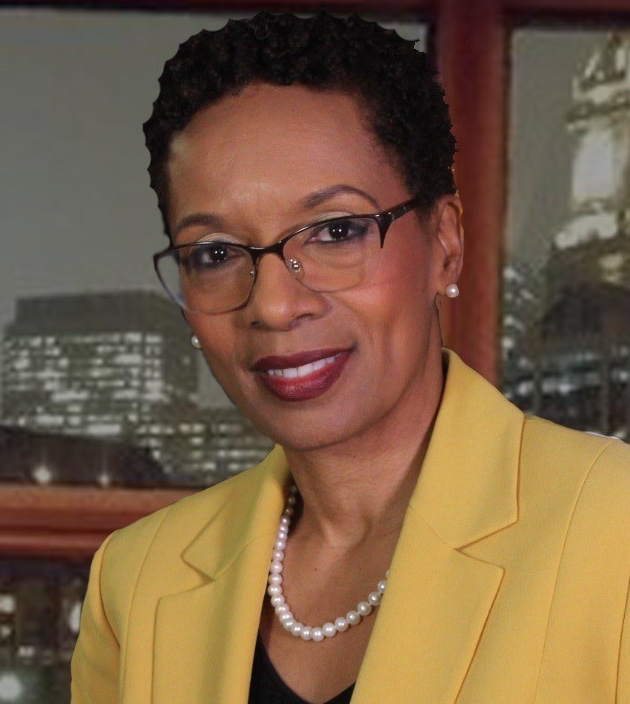 Dr. Virginia Ward serves as  the Dean of the Boston Campus and the Executive Director of the Northeast Region. The Boston Campus, known as the Center of Urban Ministerial Education, CUME, offers premium theological education with an emphasis in practical ministry for the church situated in the city. CUME prepares diverse men and women seeking the peace of the city in varied ethnic contexts. Virginia’s local and national involvement in the training and development of youth leaders spans three decades. She teaches youth ministry, leadership and urban ministry development courses for the Boston Campus.

Dr. Ward comes with extensive experience as an urban pastor, ministry organizer, and youth ministry expert.  After an initial study in Management at Northeastern University and courses at Harvard Extension School, Dr. Ward pursued education in ministry, earning her Diploma in Urban Ministries, Master of Arts in Youth Ministry, and Doctor of Ministry in Emerging Generations, all at Gordon-Conwell.  A third-generation minister, Rev. Ward is an Associate Pastor at Abundant Life Church where her husband Bishop Larry Ward is the Senior Pastor.

Virginia is co-author on the book It’s Personal: Five Questions You Should Answer To Give Every Kid Hope, and she conducts research on ethnic/multi-ethnic youth and family ministry.

Virginia resides in Boston with her husband and they have two adult sons. 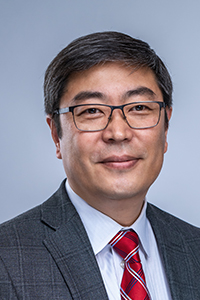 There are two themes that thread through Dr. Park’s life and career – crossing cultures and taking initiatives.

Dr. Park was born in Seoul, South Korea, and grew up in Paraguay. He received his undergraduate degree at The Hebrew University of Jerusalem in Israel, and while pursuing his graduate studies at Tel Aviv University he taught at Bethlehem Bible College in Palestine. Both in Israel and during his time of doctoral studies at Harvard University, Dr. Park took part in and supervised various archaeological fieldworks in Israel, including the winter palace of king Ahab and his queen Jezebel at Jezreel and the Philistine port city of Ashkelon where he served a term as the Acting Director of Harvard University’s Ashkelon Archaeological Lab. Fluent in several languages, he is often introduced as a Korean in America who teaches Hebrew in Spanish. Dr. Park views competency in cultural diversity as not only a crucial skill in today’s global context but also as a hermeneutical key to reading the Bible which was written in foreign languages (i.e., Biblical Hebrew and Greek) and in foreign cultures (i.e., Ancient Israel, Ancient Near East, and Ancient Eastern Mediterranean).

While in Israel, Dr. Park was a founding member of the Hebrew Conference (vs. Arabic Conference) of International Fellowship of Evangelical Students (IFES) in Israel. He was the founding faculty of the first Tourism Department in Palestine and trained the first generation of licensed tour guides in Palestine. He also founded and led the Ben-Yehuda Street Worship in Israel. After moving to the U.S., he founded Boston Onnuri Church in Woburn, Massachusetts, and he and his wife together started ‘Helping Hand’ which has been collaborating with Boston Rescue Mission in ministering to the homeless in Boston since 2000. His years of deanship at the Boston Campus of Gordon-Conwell were marked by formational initiatives he introduced to the campus, including the practice of Noon Hymn.

Dr. Park served as editor of the Urban Voice series and co-editor of Africanus Journal, and published articles and book chapters on Israel, archaeology, Old Testament, theological education, and spiritual formation. He also co-edited Reaching for the New Jerusalem: A Biblical and Theological Framework for the City (Wipf & Stock, 2013).

He proposed to his wife, Dr. Hyun Gyung Jang, in the Garden of Gethsemane, Jerusalem. They have two sons – Daniel and Matthew – and live in Waltham, MA.

Quonekuia A. Day is a full-time Instructor of Old Testament & Biblical Hebrew at Gordon-Conwell Theological Seminary. She teaches at the Boston campus and the Hispanic Ministries Program at South Hamilton, MA. She serves on the board for the Society of Gospel Haymanot (SGH).

Professor Day has a Bachelor of Arts in Economics from Emmanuel College, a Master of Social Work from Boston University, a Master of Divinity and Master of Theology from Gordon-Conwell Theological Seminary. Her doctoral studies have been at London School of Theology in Northwood, England.

As an instructor at Gordon-Conwell Theological Seminary she has taught courses in Old Testament Survey, Genesis, Exodus, Interpreting the OT/NT and Hebrew language. She has taught at Meachum School of Haymanot in St. Louis, MO, and conducted seminars for Pine Manor College and University of Vermont campus ministries.  In addition, Prof Day is a public speaker specializing in the area of Old Testament and Sexuality.  She has conducted numerous seminars and workshops focusing on the areas of Old Testament, sexuality, mental wellness, conflict resolution, and leadership development. Prof Day can be viewed on YouTube or www.Jude3project.org as one of the guest panelists for the Courageous Conversations Conference. Prof Day is the author of “Feminist, Womanist and Gospelist Interpretations of the Daughters of Zelophehad: Bridging the Gap amongst competing traditions,” in the multi-authored book Gospel Haymanot.

Prof Day is an ordained minister with the Church of God, Cleveland, Tenn. She has over 25-years of ministry experience as a teacher, counselor, outreach/formation minister. Prof Day serves as the Director of Ministerial Care and Development at Deliverance Temple Worship Center, Dorchester, MA. 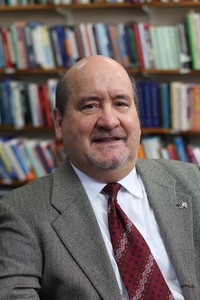 Dr. Villafañe is a well known leader/scholar in Urban and Hispanic ministry.  He was the founding director (1976-1990) of Gordon-Conwell’s Center for Urban Ministerial Education (CUME).  Prior to coming to Gordon-Conwell,  Dr. Villafañe was minister of education at the “Iglesia Cristiana Juan 3:16” in the Bronx, New York, then the largest Hispanic church in the nation.  Dr. Villafañe served as the first national president of La Comunidad of Hispanic American Scholars of Theology and Religion, a past president of the Society for Pentecostal Studies (SPS), visiting professor at Harvard Divinity School (fall 1998), and served as president of AETH (Asociación para la Educación Teológica Hispana), USA, Canada and Puerto Rico.  Dr. Villafañe was named as one of the nation’s 10 most influential Hispanic religious leaders and scholars by the National Catholic Reporter. 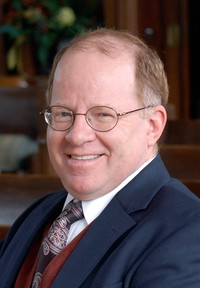 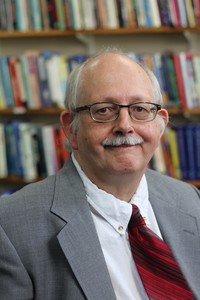 Mark Thomas is the Library Director here at CUME.  He is  responsible for supervising and operating the library here on the Boston campus. He has two masters’ degrees: one in library science and one in religion. For over 25 years, he served in Tempe AZ as the Library Director at Cook School and Theological School, a small theological institution specializing in the educating of Native Americans for church leadership positions.  He is an ordained elder and deacon in the Presbyterian Church (U.S.A.) and am currently worships in a Presbyterian congregation in Whitinsville. 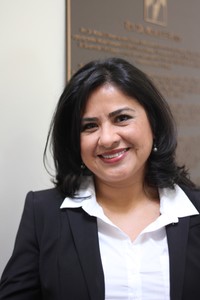 Lucrecia Rodriguez-Lynch was born and raised in Guatemala City, Central America.  She holds a B.A in Law and Social Sciences, Attorney at Law and Notary from Universidad de San Carlos de Guatemala, and a Graduate Certificate from the Women in Politics and Public Policy from the University of Massachusetts Boston, and a Master of Divinity from Gordon-Conwell Theological Seminary.

A lifelong Christian, Lucrecia was ordained as a Minister at Tremont Temple Baptist Church, Boston, by the American Baptist Churches USA in 2011. She still currently serves the Hispanic churches in Massachusetts.

Lucrecia is currently an Associate Director of Admissions for Gordon-Conwell Theological Seminary, Boston Campus.  She has taught the “Introduction to theological Studies” course in Spanish for the Hispanic Ministries Program in Latin America and the Caribbean.  Lucrecia is the President and Founder of the non-profit organization Yo’o Inc. in Boston, and Yo’o Guatemala in Guatemala City.  She also serves on the Board of Directors for the Association for Leadership in Guatemala. She has been an ad honorem Coordinator and Project Management for the Library Bernado Lemus located in Purulha, Baja Verapaz, Guatemala. 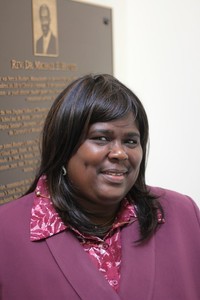 Pastor Kelly’s career path includes administration, banking, insurance, education, and pastoral ministry in the local church.  As a lifetime member of the church she held various leadership positions both in USA and in the Caribbean.  She has bee in active ministry more than forty years, and in pastoral ministry for more than thirty four years.  Her focus at this time is on pastoral ministry, evangelism, preaching, teaching, and planting churches.  She is the Founder of the Contrivance Church of God, in Manchester, Jamaica.  She is also the Founder and Lead Pastor for Shammah Tabernacle Church of God in Brockton, Massachusetts.

Pastor Kelly also served her community as Notary Public for the State of Massachusetts. 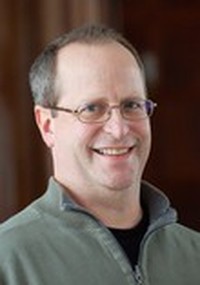 Tom has been the Coordinator of Pierce Fellowship at the Gordon-Conwell Boston Campus since 2012, mentoring students in the area of spiritual formation. Tom has also served as the lead pastor at River of Life Church in Jamaica Plain since 1985.  He is involved in the prayer movement in Greater Boston and New England, and facilitates Prayer Summits in the region. Additionally, he teaches, counsels and coaches leaders in the areas personal growth, breakthrough and healing ministries. Tom and his wife, Brenda, have been married for 34 years and have 4 children.