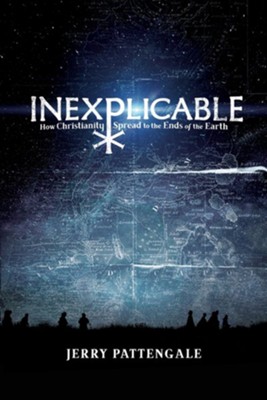 Dr. Jerry Pattengale, a Cooley Research Center Scholar and one of the founding scholars and leaders of the Museum of the Bible, has released a new book entitled Inexplicable: How Christianity Spread to the Ends of the Earth. Accompanying the book is a six-part TBN documentary that is hosted by award-winning actor Dennis Haysbert and shot on location around the world. Both the book and the documentary explore the historical facts and inspiring stories that spurred on the miraculous spread of the Gospel from the past to the present, spanning 2,000 years and 20 different world regions.

Tagged:
Cooley Center for Early Christianity
Categories:
In the News

The Cooley Center for Early Christianity