Under the leadership of famed evangelist Rev. Billy Graham, Dr. Harold John Ockenga and philanthropist J. Howard Pew, who saw the need for a strong, evangelical seminary in the Northeast, Conwell School of Theology (originally a part of Temple University in Philadelphia, PA) merged with Gordon Divinity School (formerly the Boston Missionary Training Institute, then Gordon College of Theology and Mission) in 1969. Their combined vision for the newly-formed Gordon-Conwell Theological Seminary was to “establish within a strong evangelical framework, an independent, interdenominational seminary whose constituents are united in the belief that the Bible is the infallible, authoritative Word of God…consecrated to educating men and women in all facets of gospel outreach.”

Remaining faithful to the vision of our founders, Gordon-Conwell continues to train men and women who are passionate about spreading the gospel in today’s culture. 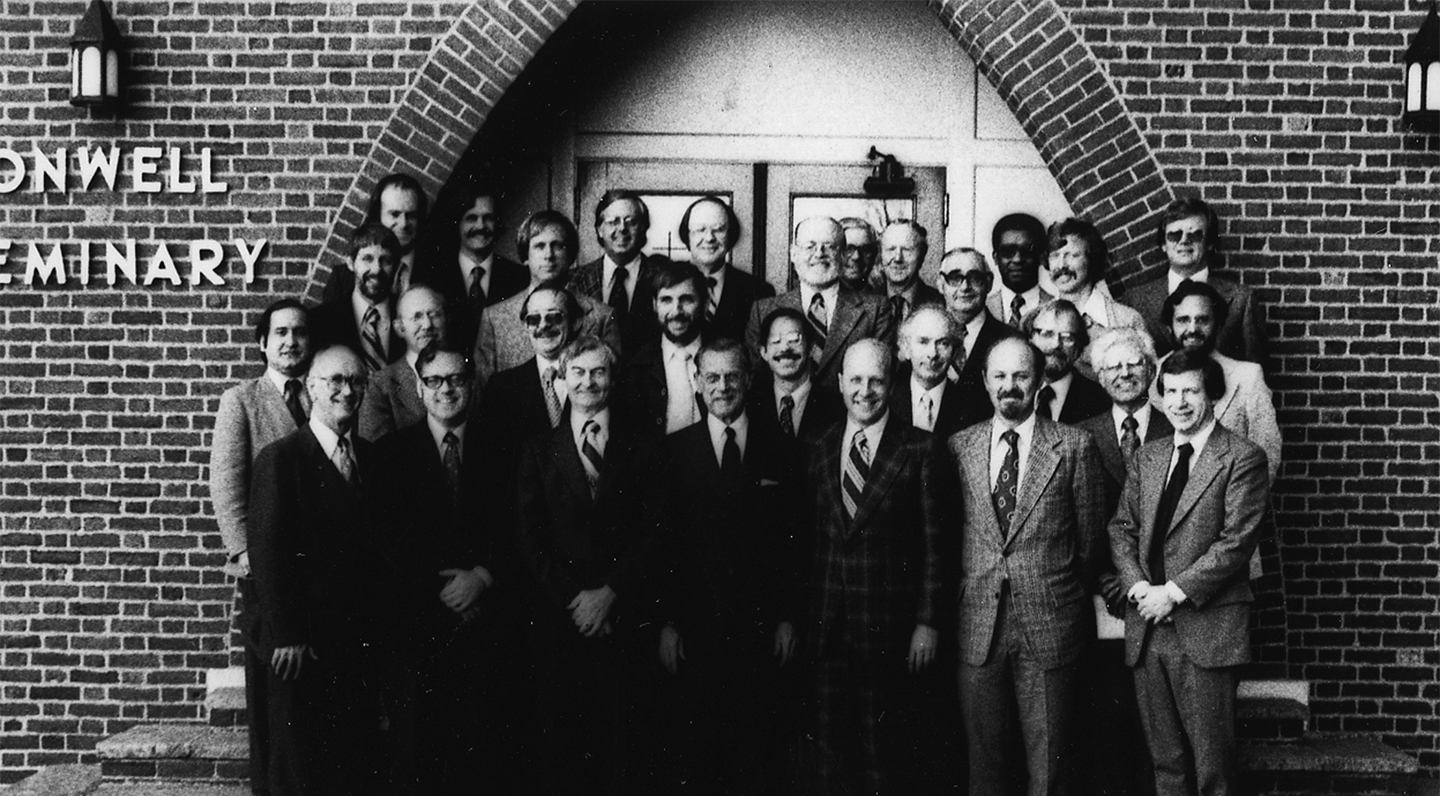 The History of Gordon-Conwell

The roots of Gordon-Conwell Theological Seminary reach back over 100 years to two urban East Coast schools: the Boston Missionary Training Institute and the Temple Program in Philadelphia.

The two schools shared much in common. It was the late 1800s and immigrants were pouring into their cities, only to discover little access to education. Both schools desired to engage these new residents in ministry and prepare them for the church and for missions. What better place than in two urban Baptist churches: the Clarendon Baptist Church in Boston where Rev. A.J. Gordon served as pastor, and Grace Baptist Temple in Philadelphia, led by Russell Conwell. Opening their doors to men and women of all races and ethnicities, each introduced ministry education designed specifically for people living in the city.

Underpinning the education at both schools was a biblical foundation that still animates our seminary today: a common commitment to the authority of Scripture, the experience of the new birth in Christ, biblical orthodoxy centered in Christ and the Incarnation, and the great theme of missions.

Through the years, these schools would thrive and grow, change their names, and ultimately merge in 1969 as Gordon-Conwell. But their commitments to the Bible and to the Gospel mandate steadfastly remained. We are grateful to God for this rock solid foundation, and for the wise men and women who have sustained and nurtured it for more than a century.