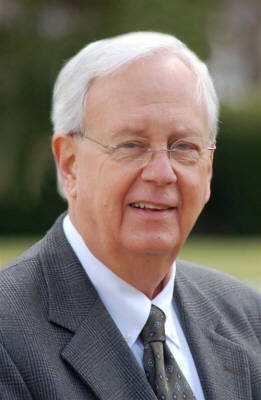 The seminary family has lost a treasured friend to many of those associated with Gordon-Conwell throughout its history. Dr. Kenneth L. Swetland passed away early Wednesday morning, February 13, of heart failure. Ken impacted thousands of students, alumni, pastors, faculty and staff through his almost 50 years of service to the seminary in multiple roles that included almost every area of administration, including Dean of Faculty, teaching generations of students in Pastoral Ministry and D.Min classes, leading Pastors’ Roundtables, and counseling as campus pastoral counselor and through the Oasis program. Ken’s quiet wisdom and delightful smile will be missed dearly.

In Memorial: Kenneth L. Swetland, a resident of Ipswich, formerly of Hamilton, died peacefully on February 13, 2019. He was born April 2nd, 1937 in Hastings, Nebraska, the son of Lee B. Swetland and Frances (Ferguson) Swetland. Most of his youth was spent in Tulsa, Oklahoma, where he graduated from Tulsa Central High School and was active in Boy Scouts, attaining the rank of Eagle Scout. He attended Wheaton College in Wheaton, Illinois where he received a B.A. in Sociology and a M.A. in New Testament. He attended Gordon Divinity School (now Gordon-Conwell Theological Seminary), where he earned a M.Div. Pursuing his interest in pastoral counseling, he attended Andover-Newton Theological School where he received a D.Min.

After graduating from seminary in 1964, Ken served Pigeon Cove Chapel in Rockport, Massachusetts. In 1968 he was called to Calvary Baptist Church in State College, Pennsylvania. He came to Gordon-Conwell Theological Seminary in 1972, where he served in various roles, including ten years as Academic Dean, until he retired in 2017. He authored two books of case studies designed to teach students of pastoral ministry. Ken traveled to Europe several times to lead seminars for local pastors in Ukraine, Croatia, and Russia.

Visiting hours will be held at First Congregational Church of Hamilton, 624 Bay Road, Thursday, February 28th from 5:00 to 8:00 p.m. Services will be held at the church Friday, March 1st at 2 p.m.. Burial will be private. Arrangements are by Campbell Funeral Home. In lieu of flowers gifts may be made to the Organ Fund at First Congregational Church of Hamilton.