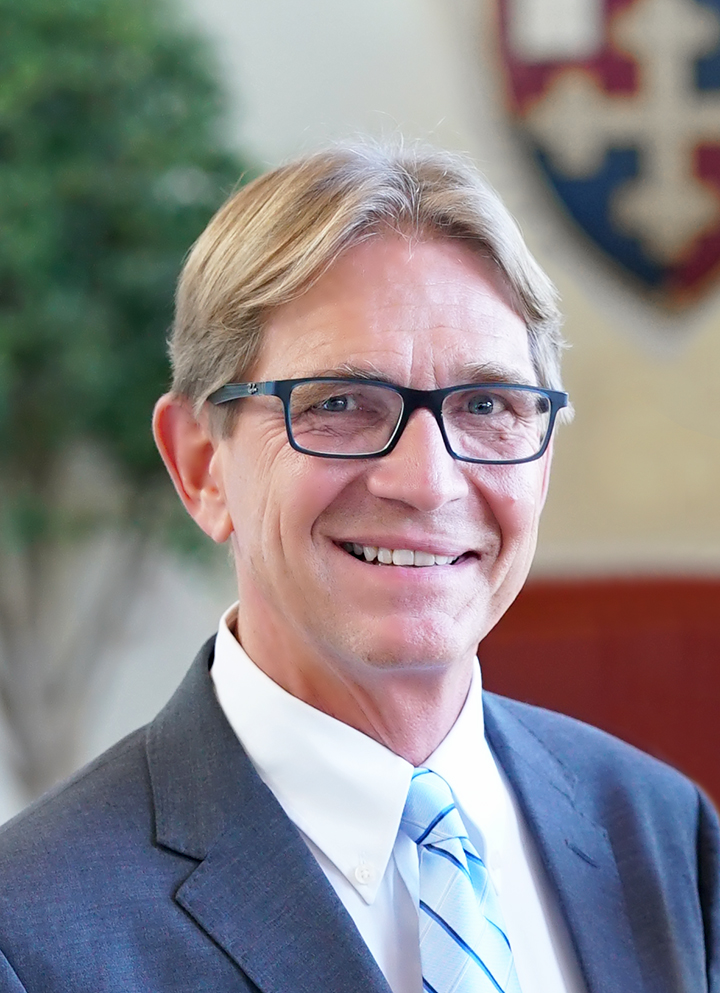 South Hamilton, MA — Scott William Sunquist, Ph.D., Dean of the School of Intercultural Studies and Professor of World Christianity at Fuller Theological Seminary in Pasadena, CA, has been elected by the Gordon-Conwell Board of Trustees to succeed Dr. Dennis P. Hollinger as the seventh President of Gordon-Conwell Theological Seminary. Dr. Hollinger, who has served as President since June 2008, retires at the end of the 2018–19 academic year.

Bishop Claude Alexander, Chairman of the Board of Trustees notes, “For some time my belief has been that the time in which we live calls for preparing leaders who are global in vision, missional in thrust, biblical in conviction, Christo-centric in orientation, authentic in relationship, multi-ethnic in appeal, socially just in consciousness, entrepreneurial in mindset, and collaborative in approach. Scott is a missionary, scholar, pastor, and administrator who exhibits these characteristics himself and can raise up new leaders with a passion for reaching the world for Christ. He is a transformative leader who can usher Gordon-Conwell into its brightest years.”

Prior to assuming his current position at Fuller in 2012, Dr. Sunquist taught for seventeen years at Pittsburgh Theological Seminary. He is an ordained minister in the Presbyterian Church (USA). Dr. Sunquist and his wife, Nancy, served as missionaries in the Republic of Singapore from 1987–1995, where he was the pastor of Covenant Presbyterian Church and lecturer in church history, ecumenics, and Asian Christianity at Trinity Theological College. Prior to this, he was a campus staff member with InterVarsity Christian Fellowship in Virginia and Massachusetts.

Dr. Sunquist has published extensively since 1987, focusing on missions, evangelism, church history, and church planting with a special focus on Asian Christianity. His 2015 book The Unexpected Christian Century: The Reversal and Transformation of Global Christianity, 1900–2000 received the “Fifteen Outstanding Books of 2015 for Mission Studies” by the International Bulletin of Missionary Research and the American Society of Missiology Book of Excellence Award for 2015. These are only the most recent accolades in a history of honors and awards for publications such as Understanding Christian Mission: Participation in Suffering and Glory; History of the World Christian Movement, Volume 1: Earliest Christianity to 1453; and History of the World Christian Movement, Volume II: Modern Christianity from 1454 to 1800.

Dr. Sunquist is married to Nancy Sunquist. They have four adult children and nine grandchildren.

Gordon-Conwell Theological Seminary is a multidenominational, evangelical Protestant graduate school serving nearly 1800 students on campuses in South Hamilton and Boston, MA; Charlotte, NC; and Jacksonville, FL. Students represent more than 90 denominations and 53 foreign countries. The seminary ranks as one of the largest in size among the 251 seminaries accredited by the Association of Theological Schools in the United States and Canada. Gordon-Conwell offers many degrees at the master’s and doctoral levels and has gained an international reputation for leading faculty in the areas of biblical studies, ministry and theology.