The purpose of the Rosell Scholars Program is the identification, support and preparation of students that God may be calling to teaching careers in higher education.

From its earliest years, Gordon-Conwell Theological Seminary has considered the training of college, university and seminary professors as among its most important priorities.

The results have been heartening! Across the seminary’s history, many of our graduates have gone on for doctorates and entered the academy–and scores of former students are now teaching in colleges, universities and seminaries around the world.

Until now, however, the seminary has not been able to offer a specific program to help our students in their preparation for a lifetime of teaching.

Now, however, through the gift of a generous donor, this new program with its rigorous, hands-on training for aspiring professors has been established to help facilitate a more thorough preparation for those whom God may be calling to teach.

“The ideal college,” President James A. Garfield famously remarked in 1871, “is Mark Hopkins on one end of a log and a student on the other.”[1]  What was true then remains true today.  While comfy dormitories, beautifully landscaped campuses and winning sports teams are attractive features; the very essence of good education remains primarily a gifted and well-trained teacher and a bright and diligent student.

This kind of intimate, rigorous and face-to-face education is needed more than ever within institutions that are providing graduate theological education.  By their very nature, in fact, seminaries ought to be the most demanding training centers in all of higher education since they are tasked with preparing leadership for those who love and serve the King of Kings.

Such need, it would seem, is even greater with respect to the identification, training and intellectual development of teachers for higher education.   Since its founding in 1969, Gordon-Conwell Theological Seminary has placed special emphasis upon the identification and preparation of gifted evangelical students for future teaching opportunities at colleges, universities, Bible schools, institutes and seminaries around the world.  In recent years, approximately 5% of Gordon-Conwell graduates have sensed God’s call into higher education and many have successfully completed doctoral programs and have secured appointments in fine educational institutions around the globe.  Some have even become active leaders within their academic guilds.

The founders of our seminary envisioned an institution that (among its various tasks) would actively prepare teachers for higher education.  “Harold John Ockenga,” as historian Mark Noll reminds us in his bestselling book, The Scandal of the Evangelical Mind, “called for a ‘new evangelicalism’ that would value scholarship and take an active interest in society while maintaining traditional Protestant orthodoxy.”[2]  Billy Graham, the cofounder (with Harold John Ockenga) of our seminary, “played a surprisingly large role in promoting the intellectual enlightenment of evangelicalism,” Noll continued, “through his willingness to provide “the evangelical equivalent of an imprimatur for serious intellectual work.”[3]

Ockenga and Graham, moreover, specifically chose to establish the seminary near Boston since they believed that “the Athens of America,” as they believed Boston to be, provided the richest intellectual resources for teachers and students alike.  Although there are approximately 270 ATS accredited seminaries in the United States and Canada, only a handful of them are realistically blessed with sufficient size, faculty and library resources for the preparation of teachers for institutions of higher education.  Our seminary, thanks to the wisdom of our founders, is one of them!  Consequently, it has been central to our seminary’s mission from the very beginning to give attention to the preparation of teachers in higher education.

Such training is both expensive and labor intensive!  Tasked with a wide array of educational expectations, seminary budgets are simply unable to properly fund the kinds of programs that provide the time and resources for gifted teachers to work face to face, on a regular schedule, with those students who have sensed God’s call to teach.  But there is hope!  The Rosell Scholars Program, detailed below, is designed precisely to meet this need.

During each of the program’s five years, nine professors and nine students will meet weekly, one-on-one, for one-hour conversations on topics designated within a carefully designed curriculum.  Once each month, all eighteen participants in the program will gather in community with the Program Director for three additional hours to discuss their work, to interact with presenters and to evaluate their progress.

Each faculty mentor (in consultation with the Program Director) will be responsible to select one gifted student who in their professional judgment has the intellectual ability, the personal character and a clear sense of the call of God to pursue doctoral studies.  Each student selected will receive a scholarship of $10,000 for their participation during the academic year of their appointment.  Since discussions are always enhanced by the presence of as broad a range of voices as possible, faculty mentors are strongly encouraged to keep the needs of the global church in mind as they make their selection.

During their year of participation, each “Rosell Scholar” is expected to complete the following tasks:  (1) Two sessions of actual classroom teaching in courses overseen by their mentor; (2) One course taken in a Boston Theological Institute member school; (3) A “Student Membership” in at least one professional society representing their selected field of academic study; (4) Attendance at one professional society meeting (such as the ETS, AAR/SBL, ASCH, etc.) related to their chosen field of study; (5) The completion of at least one methodology course (i.e. Historiography) related to their chosen field of study; (6) The reading of ten key books in their chosen field of study as assigned by their mentor; and (7) The selection and design, in consultation with their mentor, of a possible future doctoral thesis topic in the student’s chosen field of study including a bibliography of primary and secondary sources on which such a study could be based.

[1] James A. Garfield, a student at Williams College and subsequently President of the United States, is reported to have made the comment in December of 1871 at a New York meeting of the Williams alumni.  Mark Hopkins served as President of Williams College from 1836 to 1872 and was one of Garfield’s mentors.  See Frederick Rudolph, Mark Hopkins and the Log (New Haven: Yale University Press, 1956), p. vii.

Selection of Students for the Program

This scholarship is by invitation only.  Students who are interested in being considered for the program, however, are encouraged to communicate that interest to the program directors.  Selections are normally made during the spring semester. 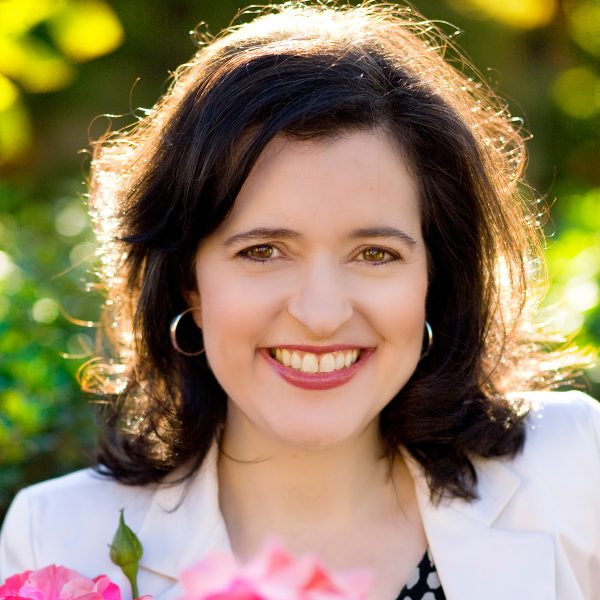 Professor of Pastoral Theology, Dean of the Anglican Formation Program, Dean of the Doctor of Ministry Program

President and Professor of Missiology

Dean of the Boston Campus, Assistant Professor of Youth and Leadership

Associate Professor of New Testament, Dean of the Hamilton Campus

Eva B. and Paul E. Toms Distinguished Professor of Mission and Global Christianity

Professor of Counseling and Psychology, Director of the Hamilton Counseling Department

Associate Professor of Counseling, Director of the Counseling Department at Charlotte

Senior Professor of Greek and New Testament, Director of the Greek Language Program 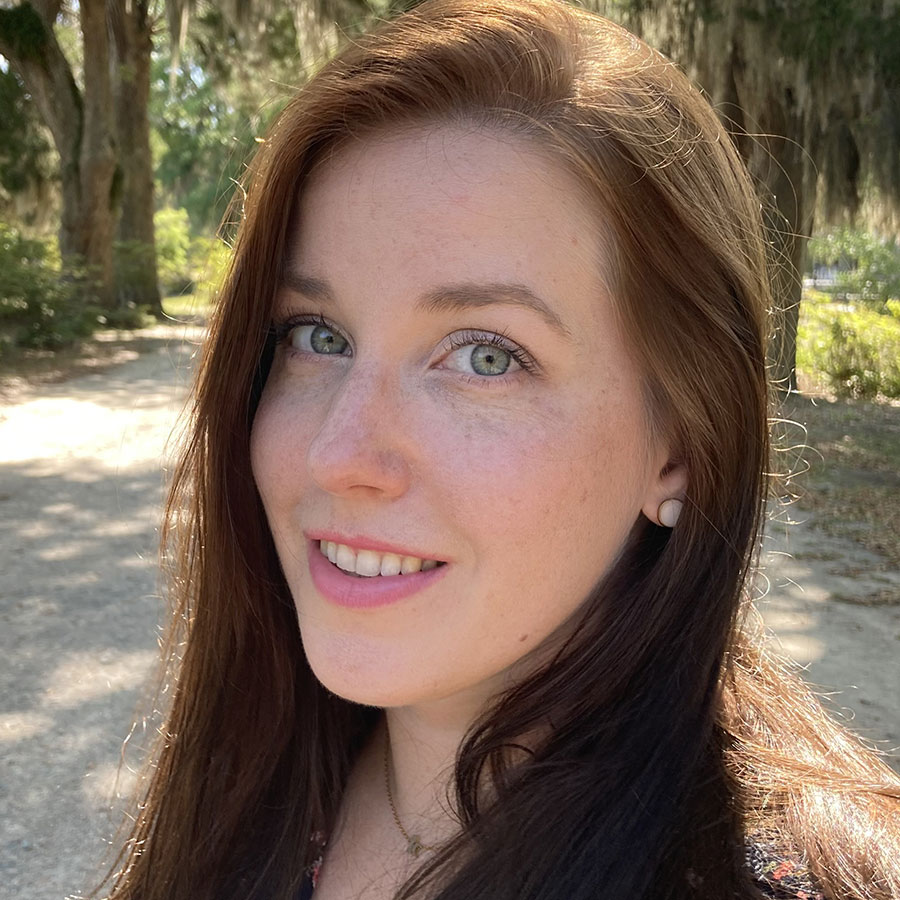 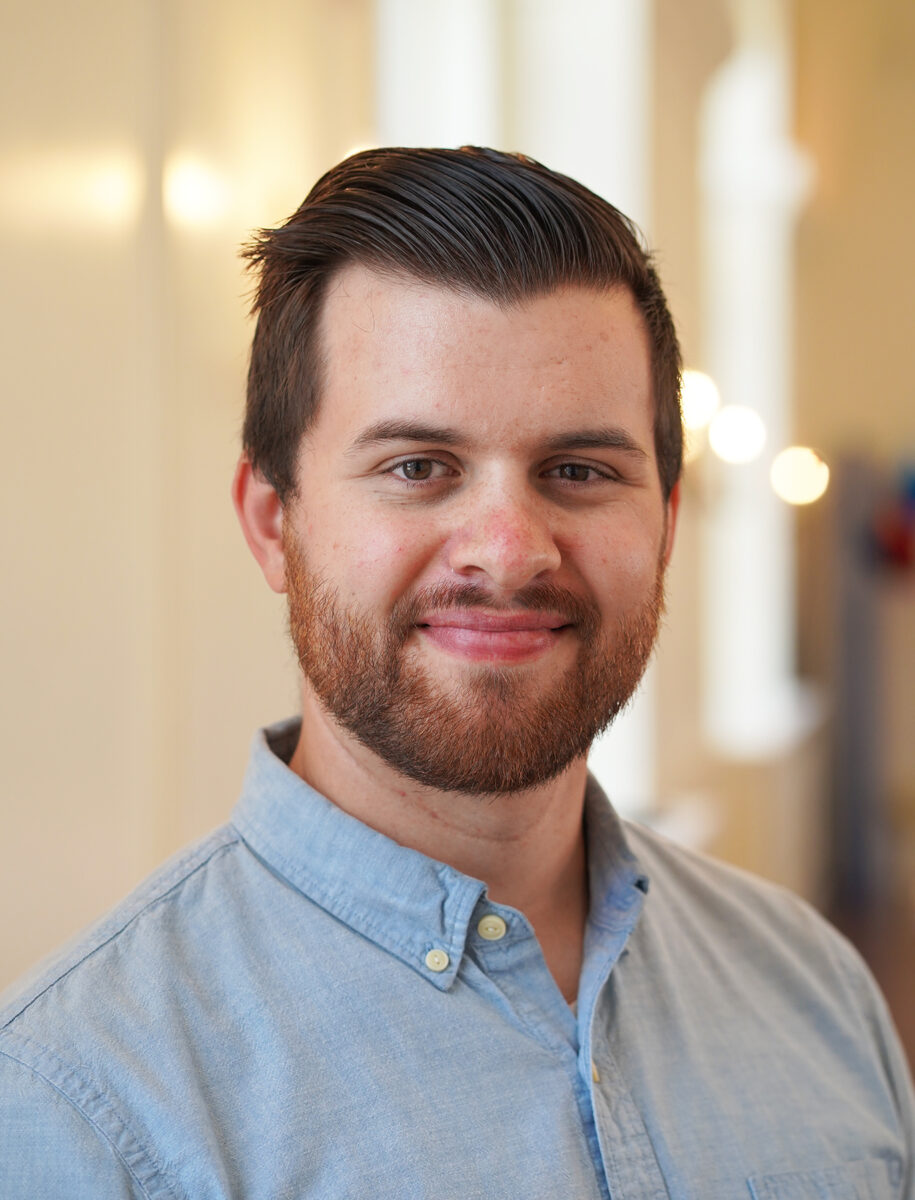 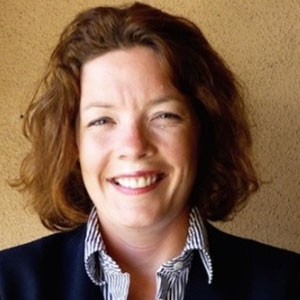 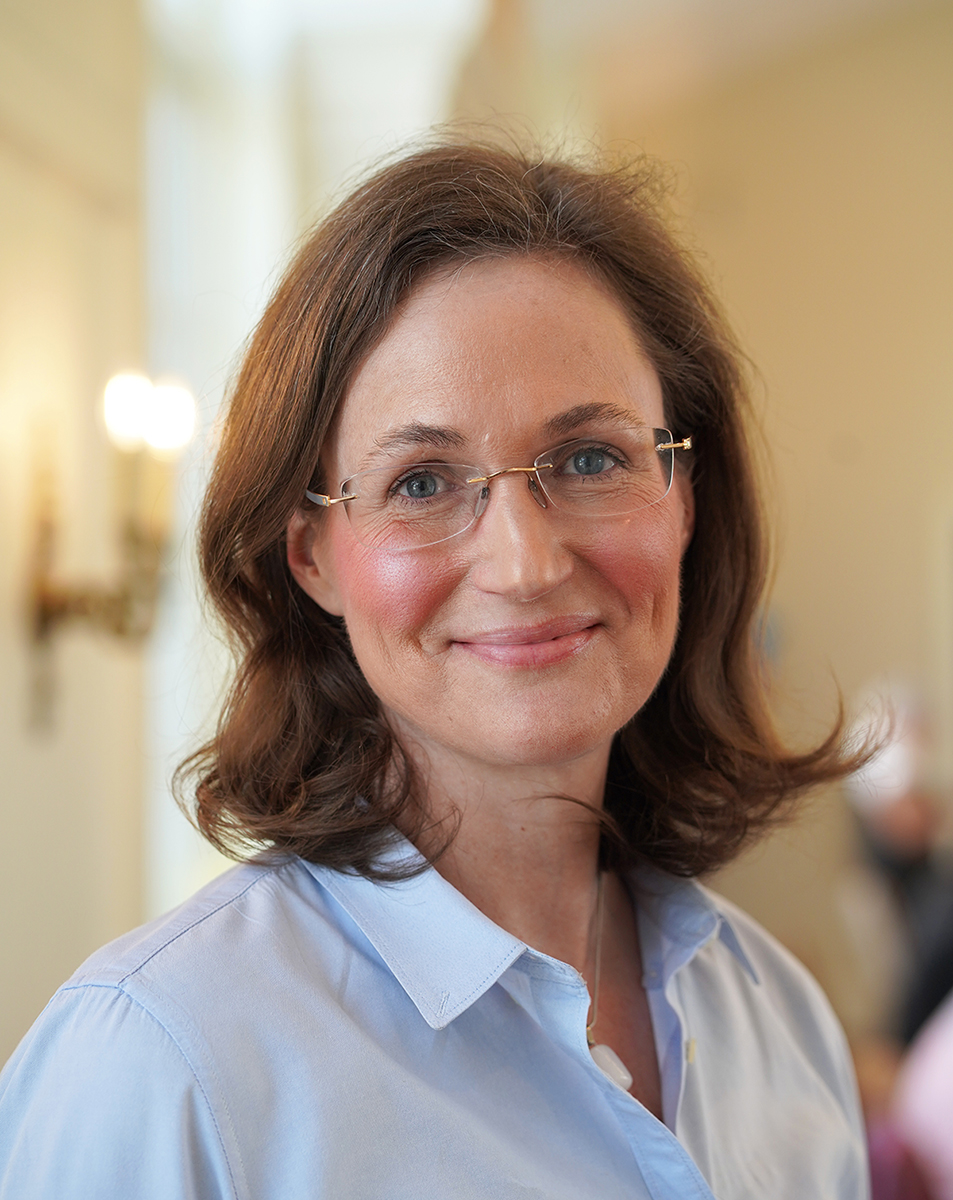 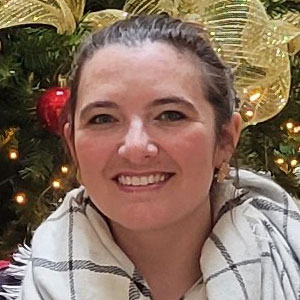 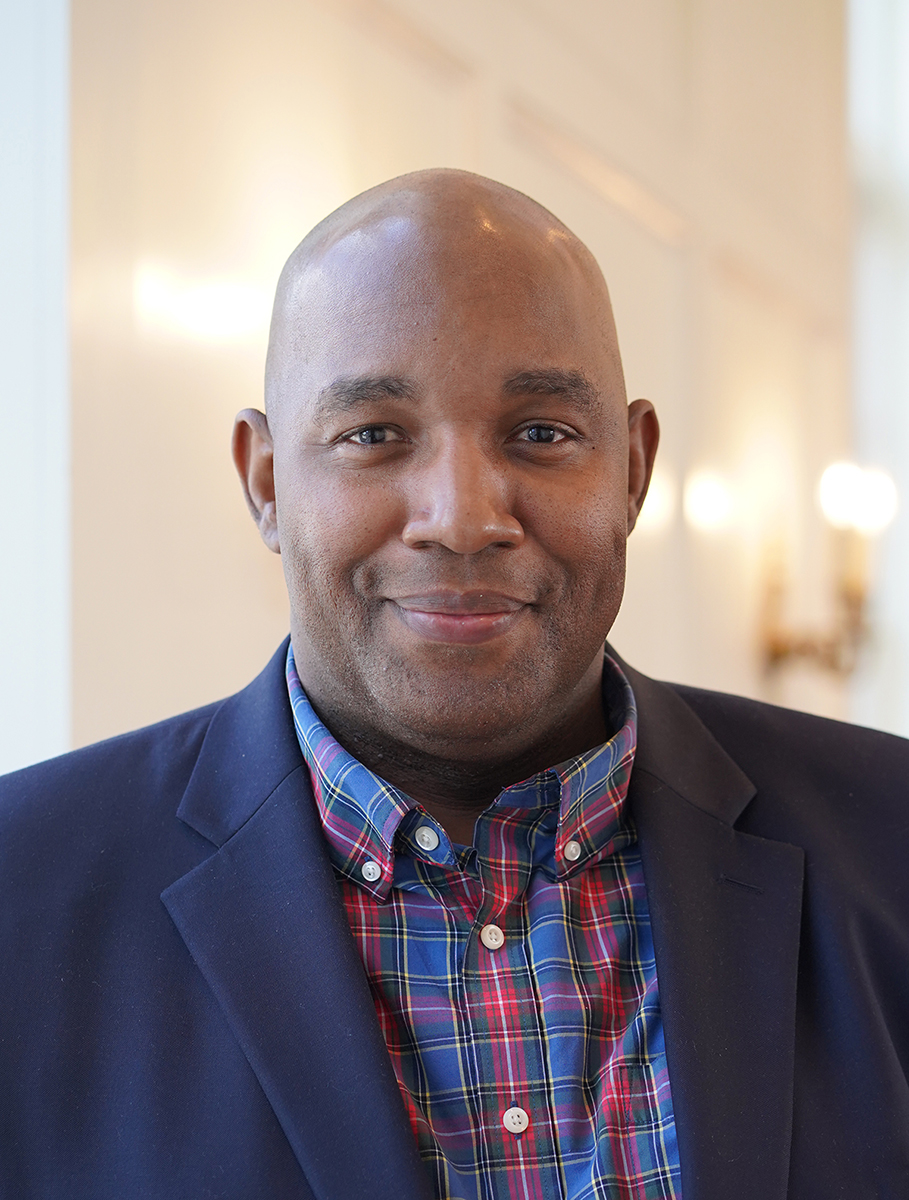