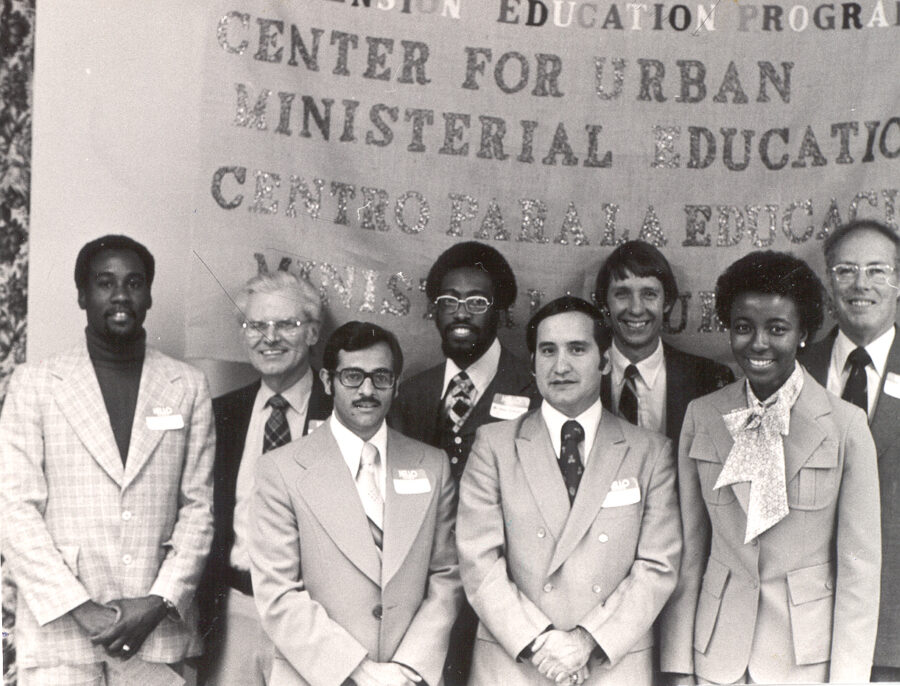 I am a historian.

While studying the history of our Boston urban program (the Campus for Urban Ministerial Education, known as CUME) a few weeks ago, I was reminded of a conversation I had this past summer with Dr. Eldin Villafañe, the first CUME director. We talked about a host of topics, but what stands out to me was the educational theory that grounded our urban program. Dr. Villafañe was inspired by a missionary model in rural Guatemala.

In 1956, Dr. Ralph Winter (with a background in engineering, anthropology, and theology) left for missionary work in Guatemala. His missionary work was centered around providing theological and ministry education to rural pastors throughout the country. Rather than uprooting local pastors and bringing them to a central seminary in the big city (the “monastic model”), he developed a model to bring theological education to people in rural areas: “Theological Education by Extension” (TEE). It became a global movement in missionary work.[1]

But before this, in the early years of Gordon-Conwell’s Third Beginning (Conwell School of Theology in Philadelphia with Gordon Divinity in Wenham/Hamilton) there were fits and starts as to how the newly united seminary would continue its commitment to training urban pastors. It was the Philadelphia school that had both a strong urban and Black church focus.

Coming from New York City, Villafañe applied a rural program strategy to an urban context. Rather than setting up a central seminary, education would be done as a pilgrim model throughout the city of Boston. In fact, this happened.

Nancy and I recently attended a local church in Roxbury and met three people who have been CUME students. We spent five or ten minutes talking about the various ethnic and multicultural churches throughout the city that hosted their classes before CUME moved to 90 Warren Street. All were hospitable and closely connected to what Gordon-Conwell was providing for urban Christian leaders.

More historical connections. What we see here is the importance of missiological thinking about the church locally as well as globally. We can learn from the global church and reapply lessons locally. A second connection is Gordon-Conwell’s strong commitment to both global mission and to urban leadership training. We are a both/and seminary. Thirdly, Dr. Todd Johnson, who leads the Center for the Study of Global Christianity with Dr. Gina Zurlo, is married to one of Dr. Ralph Winter’s daughters, Trisha (Winter) Johnson. If we step back and think about it, this is less accidental and ironic than it is reasonable and missiological.

Finally, in TEE and the pilgrim model we see the importance and effectiveness of wedding high academic standards and local contextual connections. We must deepen our understanding, and that requires libraries, time, space, and thoughtfulness. We also want our education to connect to real people with real problems and real social contexts. In this case, real urban contexts.

The good foundation for CUME that Dr. Villafañe helped to establish has set CUME on a trajectory of good research, close connection to churches, and serving specific, diverse populations together. Conwell School of Theology (especially through their last President Stuart B. Babbage) brought a special concern for educating Black leaders for urban churches. Villafañe, coming from his work at the largest Spanish-speaking church of the time in New York, Iglesia Cristiana Juan 3:16, immediately connected with Hispanic churches in Boston. Quickly, other immigrant communities were included.

Thus, we have worked for over half a century with diverse church leaders in Boston. Now we seek to provide the same quality education to other cities in the world. I see this as a good, robust missiological approach to theological education.

[Next week on the blog: the Conwell strand of the Gordon-Conwell double helix.]

[1] The model was based on earlier models put forth by Rufus Anderson (the American Board of Commissioners for Foreign Missions), Henry Venn (Church Missionary Society), and John L. Nevius (Presbyterian Missionary to China). Nevius wrote a thorough missiology of distance or distributed learning and gathering in his 1886 book, Methods of Mission Work. The book was a compilation of his articles in the Chinese Recorder.