The ethnic food aisle is a modest section in most American grocery stores, where one can find food items that originate outside of the Western World. This aisle traces back to World War II when US soldiers encountered and brought back food from the various places they served. But does it make sense to have such an aisle today? This TikTok video summarizes the story.

A recent New York Times story by Priya Krishna highlighted some of the issues that are raised by the ubiquitous ethnic foods section. “Consumers are trained, if they want Indian products, to go to that aisle,” said Ms. Agrawal, 42. “Do I like the fact that that is the way it is? No.” New York, where she runs her company out of her home, is one of the most diverse cities in the world. Yet even there the ethnic aisle is ubiquitous, and its composition often perplexes her.

As it pertains to Christianity, one can find the obvious parallels in the theological library. “Theology” is in the main part of the library while “ethnic theology” is relegated to its own small section. Like the grocery store, the library considers White contributions to be without context, while assigning non-White contributions an “ethnic” adjective. In so doing, both the library and the grocery store don’t match reality. Krishna concludes, “Today, the section can seem like an anachronism — a cramming of countless cultures into a single small enclave, in a country where an estimated 40 percent of the population identifies as nonwhite, according to the Census Bureau… The word “ethnic,” emblazoned on signs over many of these corridors, feels meaningless, as everyone has an ethnicity.”

It is true that everyone has an ethnicity. It is also wrong to deny that Western or White Christians have an ethnicity while implying that they produce the theological standard by which all others are measured. However, as stated in the Cape Town Commitment, “Ethnic diversity is the gift of God in creation and will be preserved in the new creation, when it will be liberated from our fallen divisions and rivalry. Our love for all peoples reflects God’s promise to bless all nations on earth and God’s mission to create for himself a people drawn from every tribe, language, nation and people. We must love all that God has chosen to bless, which includes all cultures.” As all peoples are equally valued by God who created them, so must they be valued by all of his children. For Christians, there ought to be no ethnic aisle on earth, as it is in heaven.

But back to the grocery store. How did things get this way? According to Krishna, “In some ways, the ethnic aisle sums up the predicament of its suppliers, many of whom approach store buyers without the money often needed to get their products on the shelf. Corporations like Pepsi and Nestlé can afford to pay stores handsomely to ensure their products get prime placement on shelves and a presence in promotions.” Furthermore, the problem is systemic. Errol Schweizer, former vice president of grocery at Whole Foods Market, says, “The ethnic aisle is part of ‘a legacy of white supremacy and colonialism’ built into the framework of the grocery business — starting with the low wages paid to hourly workers, who are often people of color, and the lack of diversity among store buyers.” The same thing can be said about theology, in which the wealthy “suppliers” are the Western publishers who control most of the industry. Western theologians have a prominent place in libraries all over the world, but non-Western theologians are consigned to the ethnic aisle.

So what can be done for grocery stores and theological libraries? Increasingly, many grocery stores are stocking food from ethnicities all around the world in every aisle, and consumers are delighting in discovering new and delicious flavors to supplement and complement old favorites.  Why not take a similar approach for theology?

The ethnic aisle approach to Christianity needs to be dismantled because it doesn’t truly represent World Christianity. In fact, today, 2/3rds of all Christians are African, Asian, Latin American, and Oceanian. When we go to the theology section of the library we should encounter all voices that are faithfully reflecting on God’s Word. Christianity is not a Western religion any more than all food is Western. When the ethnic aisle is dismantled, one will truly encounter the fullness of humanity at the grocery store and at the library, a foretaste of the Great Banquet when “people will come from east and west and north and south, and will take their places at the feast in the kingdom of God.” (Luke 13:29) 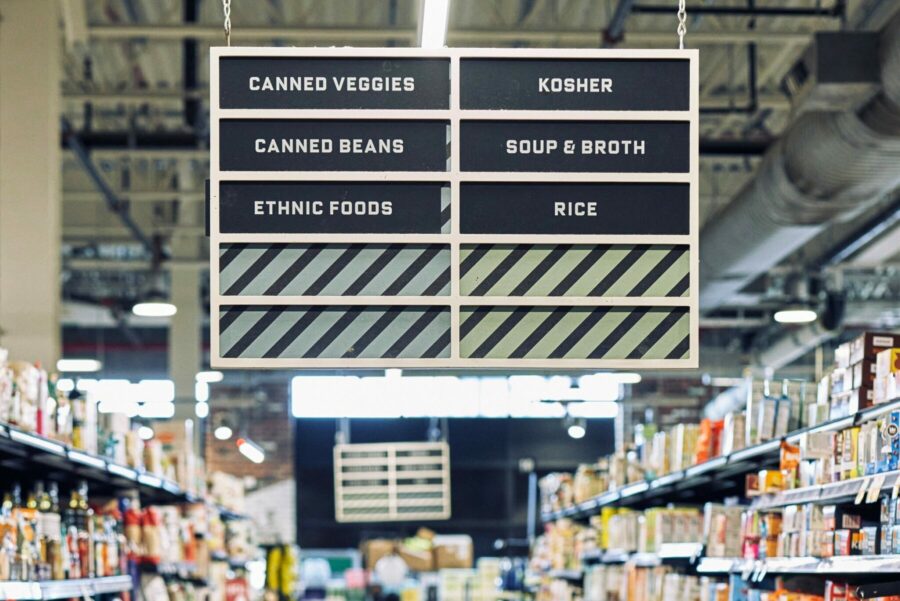