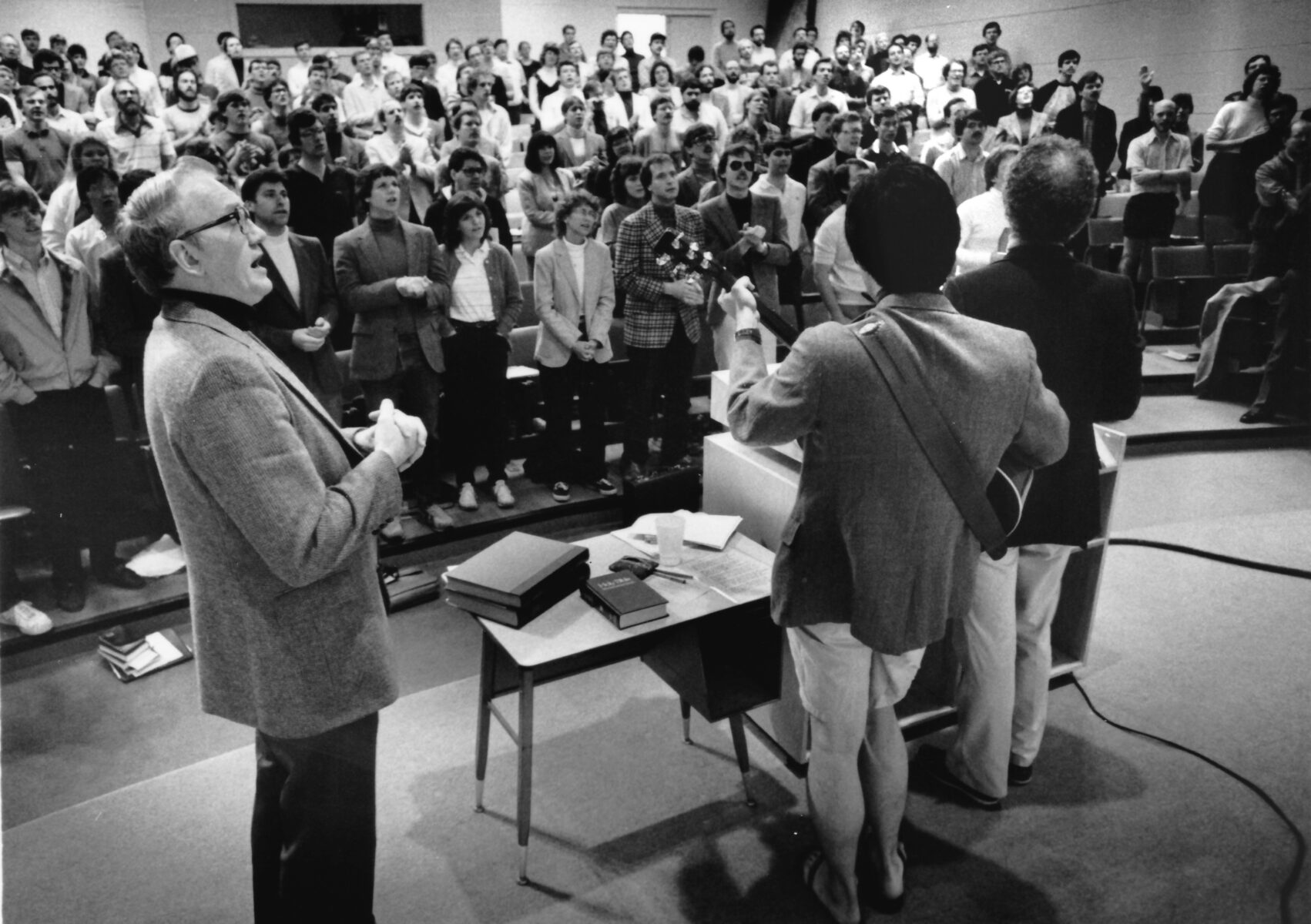 Gordon Fee taught for almost two decades at Gordon-Conwell—Hamilton, from the 1970s to the early 1990s. He was a popular New Testament professor, hosted students and their families often in his home, and preached and taught widely in the United States, Canada, and frequently in Africa and Europe. He and his wife Maudine had a special ministry to foreign missionaries, visiting mission stations where groups of missionaries in a given region would gather, teaching biblical topics and methods to them in ways that they in turn could teach to the people among whom they ministered.

Gordon earned his doctorate at USC and was already an influential specialist in New Testament text criticism by the time he joined the seminary faculty. I first met him in Wheaton, IL, where he was teaching. Three of us faculty members from Gordon-Conwell (David Scholer, Ramsey Michaels, and I) took him to lunch during a scholarly conference to try to persuade him to leave Wheaton and come to teach at Gordon-Conwell. It worked. (Actually, God worked.) He and Maudine stayed at our home when they first visited the Massachusetts North Shore to look for housing, and our families had many happy interactions thereafter.

Gordon was a passionate teacher and preacher. Students loved his courses because he taught with authority, unafraid to contend vigorously for whatever he believed was true and worthy of believing, unlike academics who present their views with endless qualifications and disclaimers. Audiences loved his preaching, which was enthusiastic and direct, often involving deep emotion as Gordon preached even the supportive details of a passage with the conviction that every word of God’s revelation was an integral part of God’s saving truth. He often broke down and wept when preaching, so moved was he to show the greatness of what God had inspired, and the power of the Spirit to use the Word to transform people for eternity.

He was a disciplined and prolific writing scholar, whose works have influenced more than one generation of scholars and pastors. But he also had a deep desire to help lay people become better readers of the Bible. One day in 1981, he stopped me in the faculty office hallway in the lower level of the Goddard Library and said, “I need your help. I’ve got an idea for a book, and I can’t write it by myself.”  The idea was to help people understand the Bible better by breaking up its contents into the ten major literary genres (law, narrative, gospel, prophecy, parables, apocalyptic, etc.) and then to lay out basic ground rules for making sure that readers would not confuse genres and would get the most out of each category of literature God had inspired in his Word. Although I wrote the chapters on the five major Old Testament genres and he wrote on the five major New Testament genres, we spent many hours sending manuscripts back and forth, critiquing each other’s contributions, and making suggestions to each other, right down to individual sentences and words. Gordon had very strong opinions but loved God’s truth, so he always gladly considered suggestions for improving things. We even spent a long time trying to come up with the right title. Gordon’s working title was Let the Reader Understand, but when I came up with How to Read the Bible for All Its Worth he loved it and readily endorsed it. We went on to work together on a total of four editions, the most recent appearing in 2014, as well as a sequel, How to Read the Bible Book by Book, and two exegesis handbooks, Old Testament Exegesis and New Testament Exegesis, both of which also became best sellers. Once, in the middle of writing How to Read the Bible Book by Book, he said, “It’s a good book now, but not yet a great book. We have to keep working.” That shows something of the nature of his drive for excellence in everything he did.

Gordon left Gordon-Conwell to complete his teaching career at Regent College in Vancouver, BC, Canada, where for many years he worked under a special arrangement that allowed him to spend half the year teaching at Regent and half the year teaching missionaries on the field. Gordon developed Alzheimer’s and by his early seventies stopped teaching. He and Maudine, who had suffered uncomplainingly from arthritis for decades, left Vancouver and moved to New York City to live with one of their sons. Eight years ago, even though his Alzheimer’s was rather advanced by then, he was still working on various scholarly projects, and he and I were working on the most recent edition of one of our books. He had trouble remembering conversations and recent events but had lost none of his sharpness for biblical scholarship nor his love for God’s word. After 88 years on earth, he joined God’s eternal family on October 25, 2022, “old and full of years” as the Bible says, and still full of enthusiasm for helping people to know the truth that he so eagerly had preached, taught, and written about during his influential lifetime. 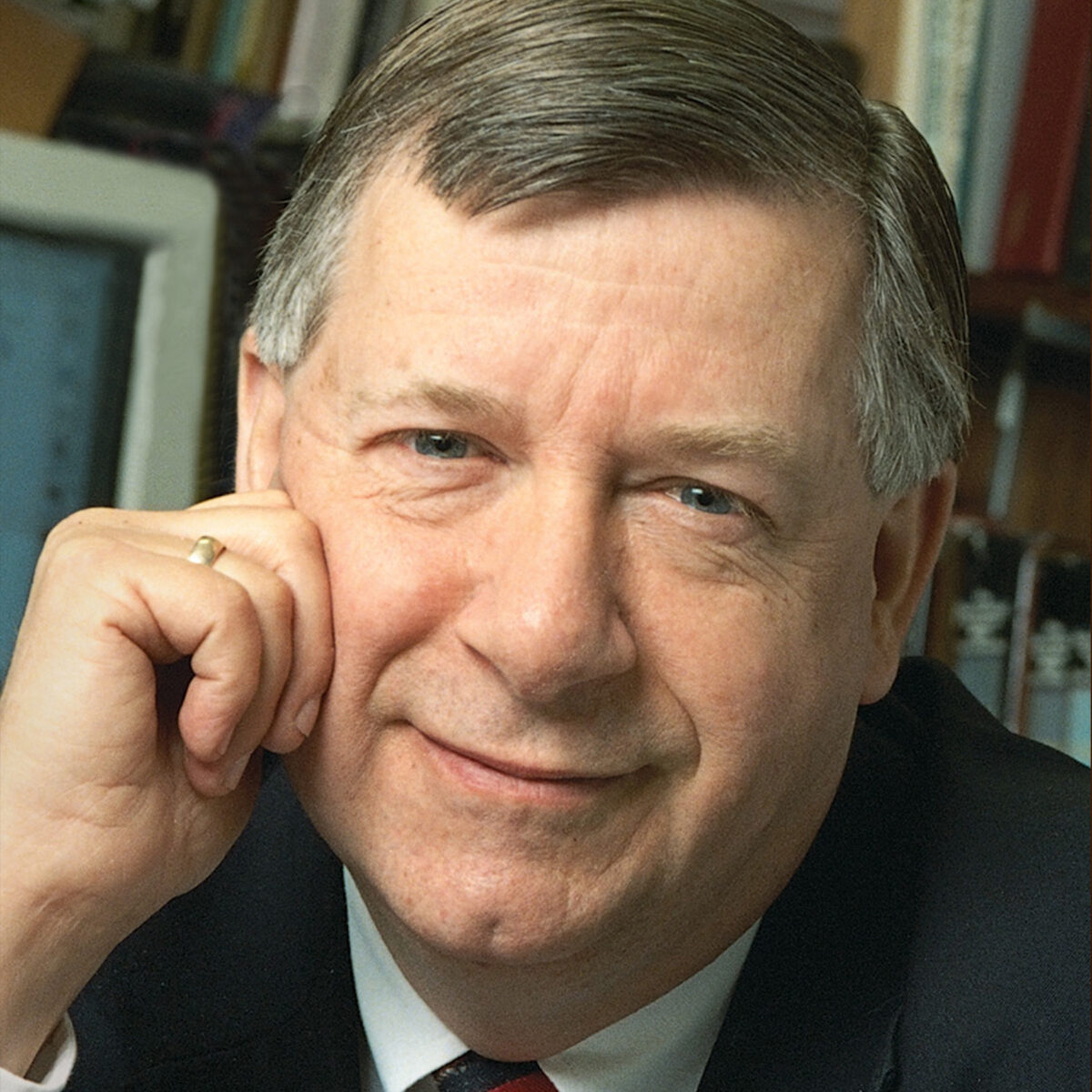 Dr. Douglas Stuart, Senior Professor of Old Testament, is a scholar of the Old Testament, Assyrian and Babylonian languages and literature, and the cultures of the ancient Near East. He has authored articles in major journals, anthologies and magazines, and his books have been translated into over thirty different languages.