A Little Bit of History: The World Christian Encyclopedia

C0-Director, Center for the Study of Global Christianity

The World Christian Encyclopedia is now in its third edition. If you’re relatively new to studying mission history and global Christianity, here’s a brief history of how we got to this book in 2020. 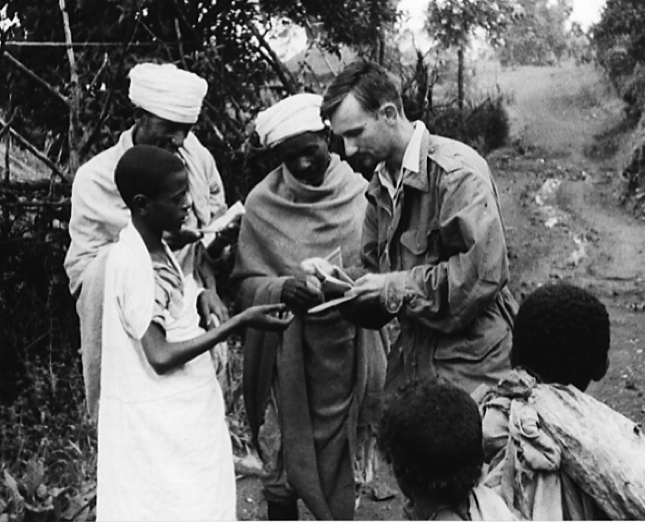 The first edition of the WCE was produced in 1982 after 14 years of research by David B. Barrett (1927–2011), a former aeronautical engineer turned Anglican missionary priest. From a context of significant social, political, and cultural change, the WCE described a diverse and fragmented world Christianity. It contained information on 20,800 Christian denominations in every country of the world and represented 8,990 people groups who spoke 7,010 languages. This text presented, for the first time, a comprehensive quantitative assessment of all branches of global Christianity. The media, scholars, and mission researchers hailed it as a vital resource. In a 1982 TIME article, journalist Richard Ostling called the WCE “a miracle from Nairobi” and Barrett “the Linnaeus of religious taxonomy.”

Barrett left Kenya in 1985 and joined the Foreign (now International) Mission Board of the Southern Baptist Convention until 1993, after which he worked as an independent researcher of the World Evangelization Research Centre (WERC) that he founded. Todd M. Johnson joined Barrett in Virginia in 1989. Together they produced the second edition of the World Christian Encyclopedia and its corresponding text, World Christian Trends, in 2001. Barrett, Johnson and their colleagues in Richmond spent 13 years compiling, updating, and working on the second edition of the WCE.

Johnson changed the name to the Center for the Study of Global Christianity and moved it to Gordon-Conwell in Hamilton, MA in 2003, representing the next phase of the research, now situated in an academic institution. This same year saw the launch of the online World Christian Database, published by Brill and updated four times a year. Gina A. Zurlo joined the CSGC in 2007 first as a research assistant (and Gordon-Conwell student) and became co-director with Todd Johnson in July 2019. The World Christian Database helped expedite the production of the third edition of the World Christian Encyclopedia since the data now had a digital mechanism for updating. Work on the third edition began in 2014 and finished in 2019, the shortest time of the three volumes. We’ve made a concerted effort to make the material of this edition as widely available as possible. This edition is available in print in black-and-white and will be available in full color in PDF and eBook. You will also be able to purchase individual country articles online, as well as groups of countries by region (e.g., Eastern Africa or Southeast Asia).