Advent Devotional: “Angels We Have Heard on High”

Wonder is surprise mixed with admiration.

It is a feeling, one that often leads us to further investigation.

When our children perform the nativity scene, the little 8-year-old shepherd boys, buried in their dad’s housecoats, faithfully express the great fear the shepherds felt when the angels appeared to them on that night Mary gave birth to her first-born son, wrapping him in swaddling clothes and laying him in a manger.

“Gloria, in excelsis Deo!” (Latin: Glory to God in the Highest).

And as often happens in our nativity plays, the shepherds quietly make their way across the stage to the manger, as a choir of pre-teen angels sing…

But “Angels We Have Heard on High” provides us with a unique moment in the nativity scene that is missing from our pastoral plays. These shepherds, working men in the hills with their sheep, had an emotionally dissonant experience, first just with a single angel… and then a multitude of them! Scripture reveals that by just the first apparition, the shepherds had experienced great fear!

And this great fear undoubtedly filled these country men with great amounts of adrenaline… and these adrenaline-enriched men decided they needed to go to Bethlehem and see this one “whose birth the angels sing.” Scripture tell us these men went in haste.

But as we reflect on our song, we come to realize it actually depicts the shepherds AFTER their encounter with Mary and the child. The first stanza is the wonder-filled, adrenaline-fueled shepherds making known all they had been told concerning the child (Luke 2:18).

The second stanza, however, is the imagined response of wonder from those who heard the adrenaline-fueled shepherds.

Shepherds why this jubilee?

Why your joyous strains prolong?

In Luke Chapter 2, those who hear these adrenaline-enriched shepherds are depicted as having wonder… but we do not get to see if this wonder caused them to explore the one whose birth the angels sing. However, in our song, they choose to inquire of the shepherds… and in stanzas three and four the shepherds respond with all they know about the one seen in the manger laid.

Linked below are two very different versions of our song. One is the melodic tune we all love and enjoy. The other reimagines the song as if it were shouted by adrenaline-fueled men… and of those who wonder at what the shepherds say, in this second version, they shout back with just as much enthusiasm. For some, it may cause an emotionally dissonant event in your day, so proceed with caution.

But in both versions the call is the same. Will your wonder lead you to simply puzzle, or will it lead you to “See Him in a manger laid, Jesus, Lord of heaven and earth.”

Shepherds, why this jubilee?
Why your joyous strains prolong?
What the gladsome tidings be?
Which inspire your heavenly songs?

Come to Bethlehem and see
Christ Whose birth the angels sing;
Come, adore on bended knee,
Christ, the Lord, the newborn King.

Listen to these renditions: 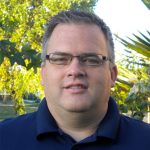 Bradley Howell is Dean of Teaching & Learning and the Executive Director of Gordon-Conwell Southeast.