With its pulsing meter and delightful melody, the carol “Bring a Torch, Jeannette, Isabelle” was originally dance music. It became a “carol” in the 1600s when the lyrics were set to the new music. Jeannette and Isabelle are two farm girls who find baby Jesus in the stable. Excited by their discovery, they run to tell the villagers who approach on tiptoes—“hush hush!” “It is wrong to talk so loud.” What a lovely snapshot of the humanity of our Lord. He is “beautiful” (as is his mother), “charming,” and “rosy.” He “sleeps,” “smiles,” and “dreams.”

Theologically, we call this the “incarnation.” As Hebrews states, “A body you have prepared for me” (10:5), and as 1 Timothy states, “God was manifest in the flesh” (3:16). The Second Person of the Holy Trinity became one of us, so walk on tiptoes this Christmas.

Listen to two renditions of the carol: 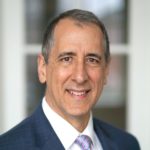 Jeffrey Arthurs is Dean of Gordon-Conwell Theological Seminary’s Hamilton Campus and Robinson Chair of Preaching and Communication. His books reflect his love of preaching and communication: Preaching with Variety, Devote Yourself to Public Reading of Scripture, and Preaching As Reminding.