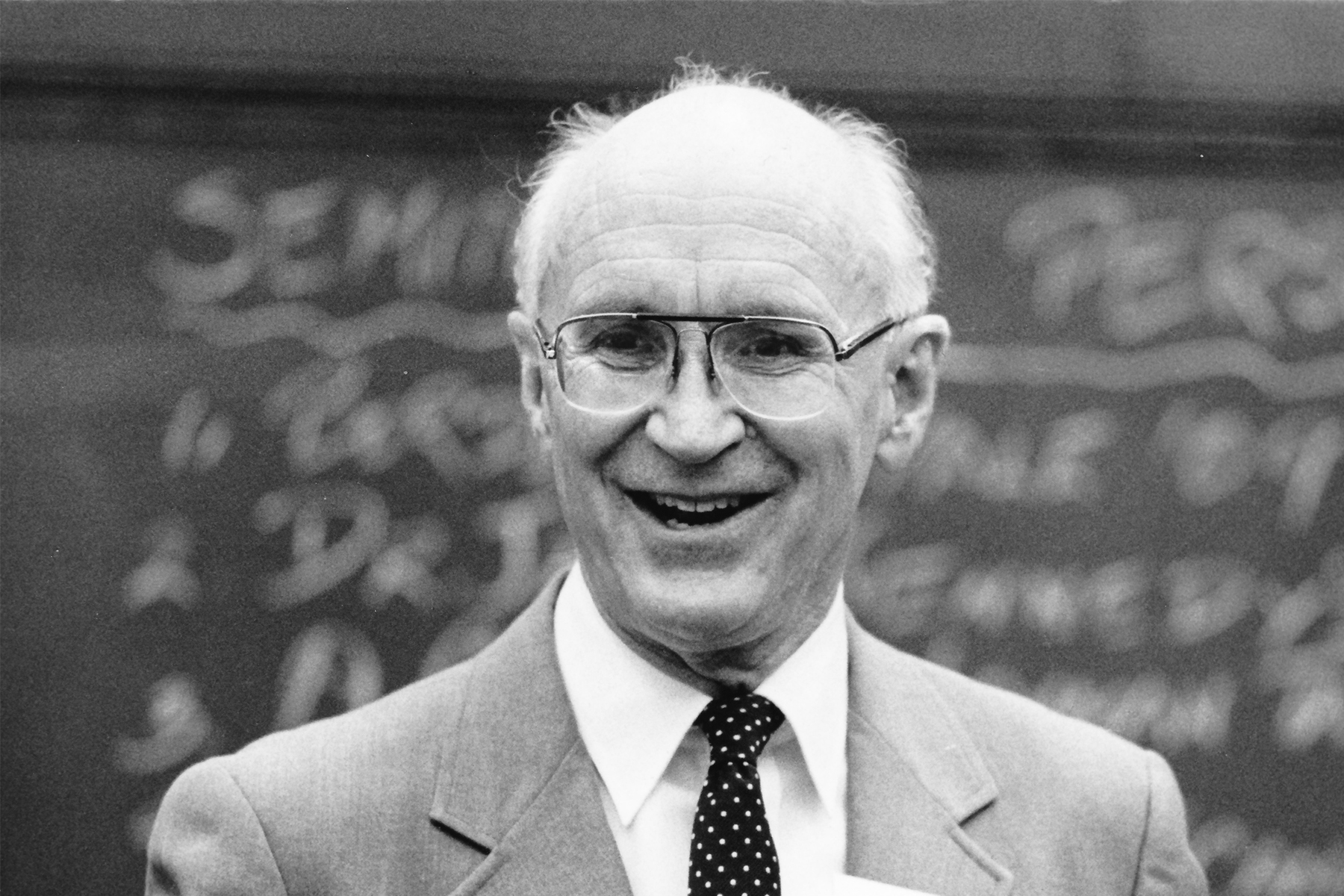 This week, we at Gordon-Conwell honor one of the most loved and revered faculty members, Dr. J Christy Wilson, Jr. For alumni who were fortunate enough to sit under his teaching and pray in his office, Dr. Wilson is remembered as a man of deep and persistent prayer, a fast reader (really), a deeply spiritual presence, a man with amazing stories, and one who had a remarkable memory for names.

I believe biographies of important saints in the past are important for us today. We need to allow the people who have gone before us to teach us today. Dr. Wilson can still teach us if we just take time to listen. So, I invite you to listen as we celebrate the centenary of his birth.

There is a straight line from the missions revival in the late 19th century in the United States to our mission emphasis at Gordon-Conwell today: this line goes through J Christy Wilson. In 1944, Wilson heard missionary statesman John R. Mott speak at the Student Volunteer Missionary Conference bemoaning the loss of spiritual vitality in the movement, and soon Wilson was head of a new triennial mission conference which became the InterVarsity Urbana Missions Conference. The current President of Gordon-Conwell and his wife received their call to world mission at an Urbana Conference. 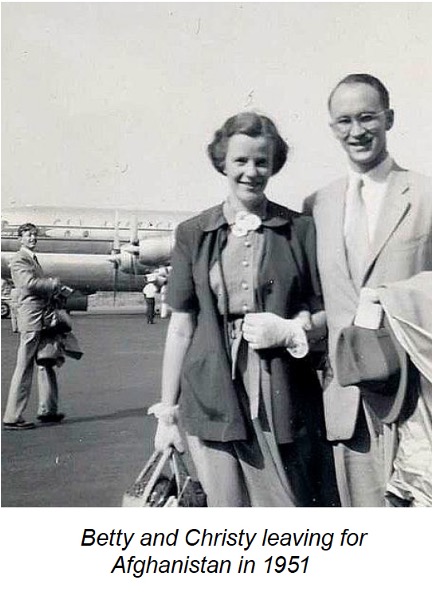 “Christy” was born to missionary parents in Persia (Iran) and talked about being a missionary to Afghanistan when but five years old.[1] He never wavered from that sense of call, nor from the need to challenge all people to put their faith in Jesus Christ, and to challenge all Christians to engage in global missions. He was a very bright scholar with a PhD in Islamic studies from the University of Edinburgh, and he used this knowledge for his work among Muslim communities. However, his work in Afghanistan, for 22 years, was mostly about teaching English, developing relationships, and being pastor to a new congregation in Kabul. With the support of President Eisenhower, a church was built, the Community Christian Church of Kabul. There was only a brief period in which this church of non-Afghan Christians thrived in Kabul. Three years later, soldiers came to begin to tear down the building. A prophesy was given by a church member to the mayor of Kabul: “If your government touches that house of God, God will overthrow your government.” The prophesy came true and within four months of the church being destroyed and the Wilsons removed from the country, King Mohamad Zahir Shah, who had ruled for forty years, was overthrown. But, this was not only the end of one king’s rule; it was also the end of a 227-year monarchy in Afghanistan.

There is a straight line from the missions revival in the late 19th century in the United States to our mission emphasis at Gordon-Conwell today: this line goes through J Christy Wilson.

Dr. Wilson and Betty, his wife, took up residency on the North Shore of Boston, and he began teaching mission, what he preferred to call “World Evangelization.” His personal commitment to pray for every student in the seminary each week, his commitment to teaching students personal evangelism, and his desire for Muslims to know Jesus are strong characteristics of his ministry at Gordon-Conwell. I believe, from testimonies given at our 50th anniversary celebration, he has been the most influential personality ever at Gordon-Conwell.

A write up about Dr. Wilson would not be complete without a story. There are so many Wilson stories from former students. I would like to offer a story here that explains, in part, why I am here today.

Nancy and I had signed a card, “If God wills, to serve as missionaries overseas.” Eight years later, we still were “preparing,” and I was feeling a little guilt. I wanted to do more study. I set up an appointment to talk to Dr. Wilson (every student’s advisor) about doing a PhD before going overseas. Was I just putting off what I had agreed with the Lord?

Most of his appointments with students were 15 minutes. I entered his office, and he asked me to pray. I did. He asked what I wanted to talk about, and I explained my situation and asked, “Is it wrong for me to want to do further study, putting off serving overseas?”

“Oh, Scott, this is so easy. Go get your PhD and then go overseas. ‘Lord, we thank you for answering our prayer for guidance, and we pray you would bless Scott, Nancy, Caroline, Bethany, and little Elisha. Amen.’”

There it was. About 5 minutes in his office. He had clarity about mission, preparation, and about who I was.

And so today, I do have a PhD. I did serve as a missionary, and I pray that we as a seminary will allow ourselves to continue to be taught by Dr. Wilson, even as he now resides with our Savior, Jesus Christ.

[1] Some of this information comes from the brief biography of Wilson on the C.S. Lewis Institute website: https://www.cslewisinstitute.org/Life_of_J_Christy_Wilson_Jr_Full_Article