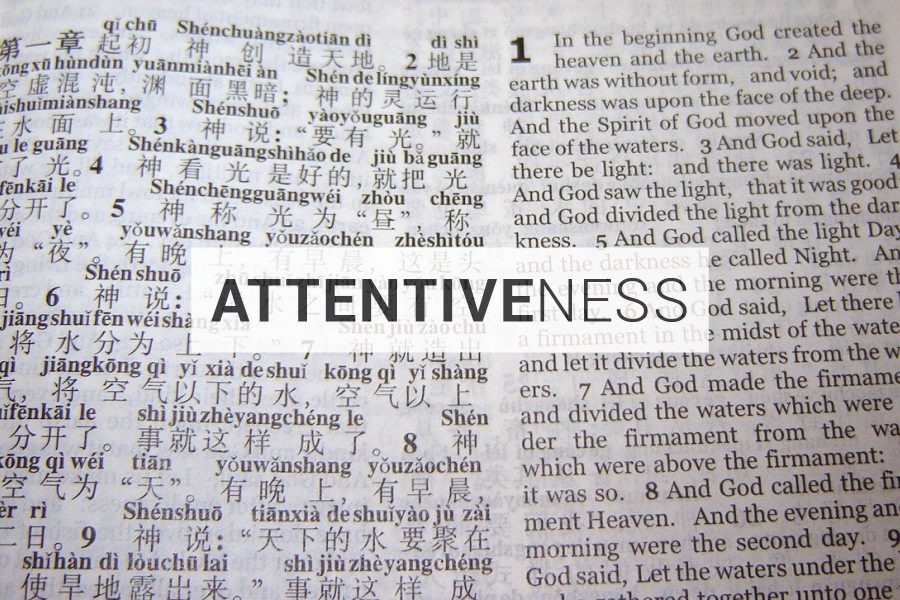 I once heard that if you are fluent in English and Chinese, you can communicate with nearly 80% of the people in the world.

That does not mean, however, that you can communicate with them about intimate knowledge like the love and grace of God.

And so, we try to teach in “heart” languages as much as possible. It is a matter of living into the incarnational principle. God came to earth and spoke a particular local dialect and ate specific ethnic food. He did not speak a heavenly language or eat divine food.

It would be easier, of course, if we just demanded everyone learn English well to study at Gordon-Conwell, but that would be perpetuating a colonial paradigm. That colonial paradigm was not Jesus’ model, and it did not work. It prevented people from coming into the Kingdom; Jesus seemed to be a foreign god.

We believe that more and more of our teaching in non-English languages should be done by indigenous speakers, using materials written by “native” speakers. As an author, I confess it would be personally gratifying if my own books and writings were translated and used all over the world. And yet, I am (and we as a seminary are) committed to the opposite: equipping Brazilians to write Portuguese missiology books, and equipping Chinese to write introductory books on the New Testament. In fact, some of those books should now be translated into English so we can better understand why the Church is so strong and growing outside of the West.

This past week, our Hamilton campus hosted a small consultation on theological education for Chinese leaders. One of the recurring themes was the need for theological education that is culturally and linguistically appropriate. Many seminaries from the West (Many of us!) are still engaged in teaching Chinese leaders using western materials. It’s much easier and less expensive. Consequently, there are still too few theology textbooks in non-western languages.

I expect we will have more of these discussions—like those we had this past week with Chinese—for our work with Portuguese and Spanish speakers. We are committed to fill in this lacuna and help to support the writing of theological resources by speakers of Chinese, Spanish, Portuguese, Korean, and even Tamil, Hindi or Thai.

Slowly, carefully, and wisely, I believe Gordon-Conwell is moving in the right direction. It is a new direction for us that more completely expresses the incarnation, diversity, and universality of the Kingdom.