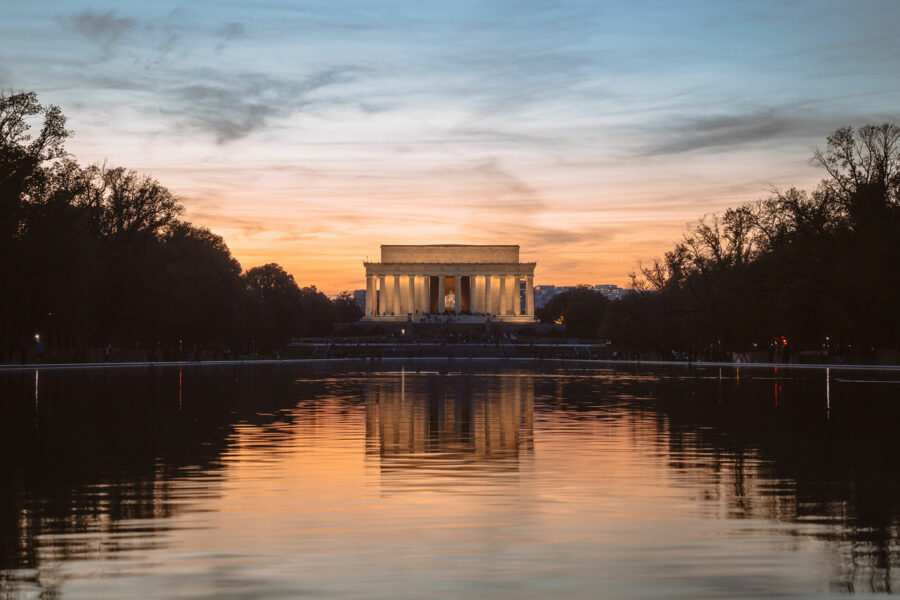 This time of year, in the shadow of Martin Luther King Jr. Day and looking toward Black History Month, is a good time to consider the impact of Christianity and the Bible on our nation. It was sixty years ago, in August of 1963, that Martin Luther King Jr. gave his memorable “I Have a Dream” speech at the National Mall in Washington, D.C. It is one of the most well-known and oft-quoted of American speeches. The speech was given about a century after another important “speech,” which was actually the reading of a presidential proclamation at Tremont Temple Baptist Church in Boston. Frederick Douglass read what would later be called the “Emancipation Proclamation.” King references the Proclamation in his speech[1]:

Five score years ago, a great American, in whose symbolic shadow we stand today, signed the Emancipation Proclamation. This momentous decree came as a great beacon of hope to millions of slaves, who had been seared in the flames of withering injustice. It came as a joyous daybreak to end the long night of their captivity. But one hundred years later, the colored American is still not free. One hundred years later, the life of the colored American is still sadly crippled by the manacle of segregation and the chains of discrimination.

“One hundred years later”: That was the exclamation mark on this remarkable speech of King.

After one hundred years, the “promissory note” still has “insufficient funds.” As prophets of old, or as any good gospel preacher, King holds people accountable and does not mince words about human failure, in this case America’s failure, as noted in his speech:

Now is the time to make real the promise of democracy.

Now is the time to rise from the dark and desolate valley of segregation to the sunlit path of racial justice.

Now is the time to lift our nation from the quicksand of racial   injustice to the solid rock of brotherhood.

Now is the time to make justice a reality to all of God’s children.

Justice will not wait any longer . . . The whirlwinds of revolt will continue to shake the foundations of our nation until the bright day of justice emerges.

These are strong words delivered during a desperate time.

But like any gospel preacher or any prophet of old, the situation of injustice and oppression is put in biblical language, using biblical images.

No, no we are not satisfied, and we will not be satisfied until justice rolls down like waters and righteousness like a mighty stream . . .

And then talking to the 250,000 listeners on the Mall King said: “You have been the veterans of creative suffering. Continue to work with the faith that unearned suffering is redemptive.”

Furthermore, as a preacher and national prophet, he still has hope.

Sixty years later there is still much to do.

For today, I would like us to remember how the Christian Bible that was used in the South to defend the institution of slavery, was also the Bible that inspired Abraham Lincoln and Martin Luther King Jr. to fight against the same institution. Lincoln said it so well, and with deep Christian humility at his Second Inaugural Address:

Both read the same Bible and pray to the same God, and each invokes His aid against the other. It may seem strange that any men should dare to ask a just God’s assistance in wringing their bread from the sweat of other men’s faces but let us judge not that we be not judged.

It is a tragedy that something as precious and liberating as the gospel of Jesus Christ was used to impoverish and enslave. But the gospel did inspire changes toward a more just and United States.

King’s vision is a Christian vision based upon truth-telling, just changes, and true fellowship, in fact a “Beloved Community.”

In listening again to the “I Have a Dream” speech, as well as his last sermon in Memphis, I am reminded of the importance to learn from the past. The Bible is holy, life-giving, truth-telling, and Jesus-revealing. These must not be moral platitudes but must guide us in how we really live together, in the country, in our churches, and in the world.

It is noteworthy that for Abraham Lincoln, his Christian faith became increasingly important. Just three months after proclaiming emancipation for slaves, Lincoln declared a National Day of Prayer and Fasting:

It is the duty of nations as well as of men to own their dependence upon the overruling power of God, and to confess their sins and transgressions in humble sorrow, yet with assured hope that genuine repentance will lead to mercy and pardon . . .

I do believe that the way forward for our churches (I don’t pretend to advise our nation) will involve harvesting the best from our Christian leaders who have gone before us. The clear and unrelenting call of King, and the humility and confession of Lincoln are both needed.

Our holidays should be seen as “holy days” to reflect on where we have gone wrong (confess) and commit to something more holy and just (turn around/repent) for the future.

More on this for Gordon-Conwell in the coming weeks.

[1] All quotes by Martin Luther King Jr. in this post are from “I Have a Dream.”