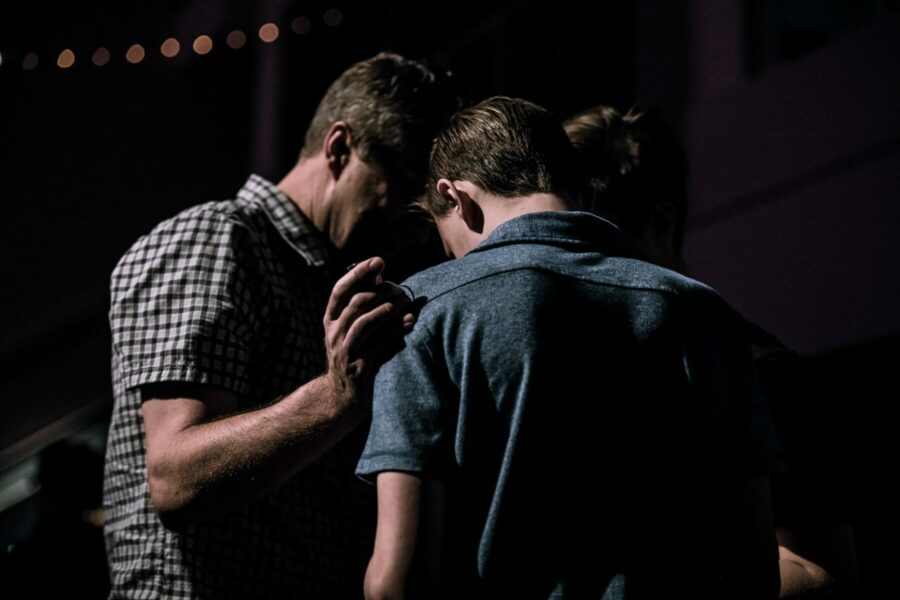 My first funeral as a young pastor was the suicide of an 18-year-old woman.

My second funeral was a young father of two who was a key Christian leader and an elder in a church. He died of HIV/AIDS.

In the first case, the young woman was the only Christian in her family. Her family was Buddhist. She had been in a very close relationship with a young man who scorned her. Apparently, she could see no way out, so she took the elevator to the 16th floor one evening and jumped. I, the foreign pastor from the United States was her pastor, so it was my calling to provide a word of Good News to the family and friends in such a difficult time. I spoke only English. The family and friends were Chinese who spoke mostly Hokkien and Mandarin. So, in a bilingual service in the hot Singapore sun, I gave words of consolation and hope and handed the wounded and confused family a Bible. And I prayed . . . a lot.

I didn’t learn about such things in seminary—although they are now more integrated in Gordon-Conwell’s curriculum[1]—but I did learn how to think biblically and theologically about pastoral ministry in difficult situations. I was well-prepared to respond and serve as called upon.

Pastoral ministry is both very difficult and yet among the most rewarding work that one can do. It is seldom done well without humility, attentiveness, a deep understanding of Scripture, and a life of constant learning. The seasoned pastor is a great gift to a church family and the local community. A confident and loquacious pastor is the opposite.

I have thought a lot about this in my 35 years of ordained ministry. So many pastors have failed, being lured by popularity and external rewards to rise above their people, rather than walking with them—even (or especially) through the valley of the shadow of death.

More than ever I see the value of deep and continual learning if pastors are going to be able to respond in a Christ-like manner to the great demands of life in community. We need to listen to the great saints of the past and deepen our understanding of all of Scripture.

This past Sunday I visited a church where the pastor was a model of what a pastor (or the local parish priest) should be. When I came in the door, he greeted me and immediately introduced me to a retired pastor (who looked to be in his 90s). Together we honored him politely for his faithfulness. The pastor then introduced me to one of the deacons. Later, when he stood up to give announcements, he acknowledged a man whose daughter just gotten married the previous week. “That was a great wedding, and now you have a new son-in-law. He is a good and godly man? Yes? We are glad to hear that.”

“And Miss Mable just passed away and many of us celebrated her life at the funeral service yesterday. Are some of her relatives here today? Yes, God bless you all with good memories of a life well-lived.”

And it went on. He looked into eyes full of tears, filled with joy and hope, and he even commended his son for helping with the technology in the worship service. After the service people came up to talk, seek counsel, and to ask for prayers.

A pastor. Oh, how we need pastors in our churches! Real pastors who bear burdens, preach clearly, and suffer with the people, “completing the sufferings of Christ.”

It is a very high and holy calling. We at Gordon-Conwell are so, so thankful to be part of preparing pastors who are formed in the likeness of Jesus Christ.

One final note. That young woman who took her life had parents and a sister who had lots of questions. All were Buddhists who had lost the only family member who was a Christian. They had questions and sadness more than anger. Every night for about 2 months a few people from the church would bring food in the evenings and sit and listen and pray for the family. They studied the Bible with the family, too.

One year later, I baptized the sister, her husband, and their new baby. The Hokkien congregation—that same Sunday—baptized the parents. I learned so much about pastoral care in the midst of grief from my congregation. Out of such pain and tragedy came redemption.

“So I exhort the elders among you, as a fellow elder and a witness of the sufferings of Christ, as well as a partaker in the glory that is going to be revealed: shepherd the flock of God that is among you, exercising oversight, not under compulsion, but willingly, as God would have you; not for shameful gain, but eagerly; not domineering over those in your charge, but being examples to the flock.” (1 Peter 5:1-3)

[1] Learn more about suicide and suicide prevention with Dr. Karen Mason, Director of the Hamilton Counseling Department, on our blog and through her book, Preaching Hope in Darkness: Help for Pastors in Addressing Suicide from the Pulpit.