The field of World Christianity has been bursting at the seams in the last several years with new publications that describe Christianity around the world from exciting theological, historical, and social scientific perspectives. Linford D. Fisher’s, The Indian Great Awakening: Religion and the Shaping of Native Cultures in Early America (Oxford University Press, 2012) is one of them. After the discovery of two mass graves at the sites of residential schools in British Columbia, Canada – together totaling 966 people, mostly children – it seems appropriately urgent to think more critically about the history of European Christian encounters with indigenous communities in North America. Discoveries like these shock and grieve us. They also ought to spark historical and theological reflection on how to do better. 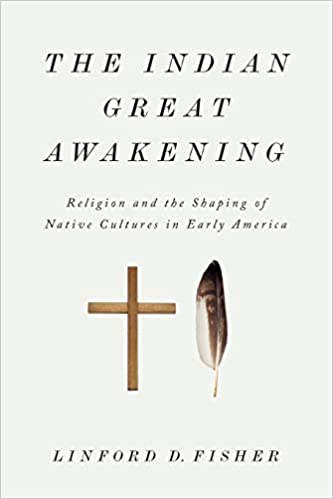 Fisher’s book is a nuanced reading of 19th-century Native American experiences of Christianity. He argues that contrary to previous historical scholarship, Native Americans did not convert to Christianity en masse at the time of the Great Awakening. In fact, Natives avoided and largely rejected early evangelization efforts, opting to engage with Christianity on their own terms and in their own time. When some Native Americans became attracted to Christianity in the 18th century it was largely due to the emotionalism, robust singing, appeal to revelation in the revivals – all paralleling the shamanism familiar to them. Revivals encouraged participants to claim their own religious authority based on their own experiences of the Spirit. As a result, most Natives did not affiliate to White Anglo churches. Instead, they founded their own separatist churches, in which they produced indigenous forms of the faith, complete with their own preachers, Bible reading, devotions, prayer, corporate singing, and worship music. Separatist churches became even more important when Natives realized that affiliation to Anglo churches would not prevent their land from being stolen by colonists.

This book is important because of the author’s unique nuancing of the concept of “conversion” to Christianity. Specifically, Fisher describes Native American “religious engagement” as a more precise understanding of how the Great Awakening spread in indigenous communities. He backs this up with data, with church records that track affiliations over time: rare in the early 1700s, such affiliations spiked between 1741 and 1742, before falling in 1742, and practically disappearing by 1750. Furthermore, Fisher reconstructs Native history from the perspective of Natives, not colonists. He captures the complexity of Native religious engagement and how attitudes and actions differed from tribe to tribe, instead of making sweeping historical assessments. This is the warp and woof of World Christianity studies.

We’ve been reminded from many directions recently that settler colonialism is not the ancient past – such colonization is ongoing, and the church has more work to do to continue recognizing and celebrating indigenous voices. Indigenous author and activist Kaitlin Curtice recently commented, “The American church needs to reckon with its history of complicity in the treatment of Indigenous peoples — and the ongoing colonization Indigenous peoples continue to face today through missionary quests, ideas of personal salvation and forced assimilation. Colonization was not just one moment in time, but is a cycle that continues to repeat itself, especially when the truth is kept hidden in the shadows.” Indigenous theologian Richard Twiss (1954–2013) frequently spoke of the need to reframe the gospel in the United States as part of a larger postcolonial decolonization (see his book, Rescuing the Gospel from the Cowboys). He defined contextualization as, “a relational process of theological and culture reflection within a community—seeking to incorporate traditional symbols, music, dance, ceremony and ritual to make faith in Jesus a truly local expression” (p.15). Mark Charles and Soong-Chan Rah go even further to call the Doctrine of Discovery a “dysfunctional Christian theology” that has undergirded Western society, leading to the institutionalization of White supremacy (see, Unsettling Truths: The Ongoing, Dehumanizing Legacy of the Doctrine of Discovery).

When I teach history, I constantly remind my students that the past is not in the past. The writing of indigenous activists and theologians like Kaitlin Curtice, Richard Twiss, Mark Charles, and many others remind us of this. The mass graves in Canada ought to keep us from turning away. Charles and Rah end their book with this quote from George Erasmus, a First Nations Canadian politician and former National Chief of the Assembly of First Nations:

“Where common memory is lacking, where people do not share in the same past, there can be no real community. Where community is to be formed, common memory must be created.”