Here’s a short excerpt from our new forthcoming book, Introducing Spirit-Empowered Christianity: The Global Pentecostal and Charismatic Movement in the 21st Century (Oral Roberts University Press, 2020). For more on the subject, see the article by Daniel Sillman in Christianity Today, “Have Pentecostals Outgrown Their Name?”.

Pentecostals are defined as Christians who are members of the explicitly Pentecostal denominations whose major characteristic is a new experience of the energizing ministry of the Holy Spirit that most other Christians have considered to be highly unusual. This is interpreted as a rediscovery of the spiritual gifts of New Testament times and their restoration to ordinary Christian life and ministry. Classical Pentecostalism usually is held to have begun in the United States in 1901. For a brief period, Pentecostalism expected to remain an interdenominational movement within the existing churches, but from 1909 onward its members increasingly were ejected from mainline bodies and forced to begin new organized denominations.

Pentecostal denominations hold the distinctive teachings that all Christians should seek a post-conversion religious experience called baptism in the Holy Spirit and that a Spirit-baptized believer may receive one or more of the supernatural gifts known in the early church: the ability to prophesy; to practice divine healing through prayer; to speak (glossolalia), interpret, or sing in tongues; to sing in the Spirit, dance in the Spirit, pray with upraised hands; to receive dreams, visions, words of wisdom, words of knowledge; to discern spirits; to perform miracles, power encounters, exorcisms (casting out demons), resuscitations, deliverances, or other signs and wonders. 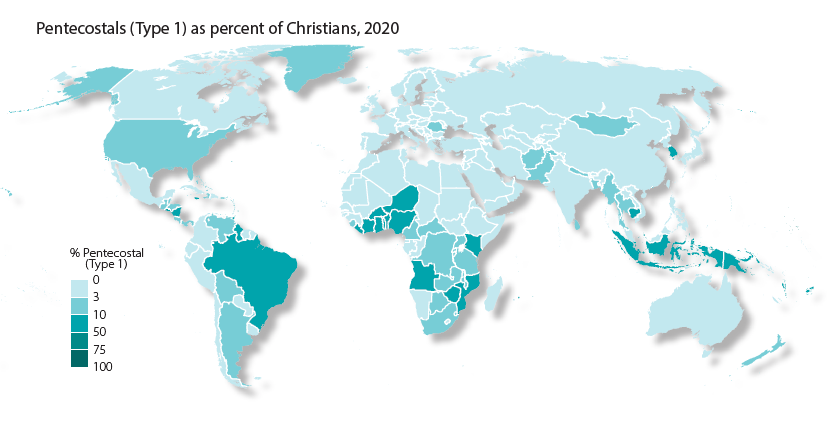