Drs. Hollinger and Mason testify on House Bill 119A, relative to end of life options 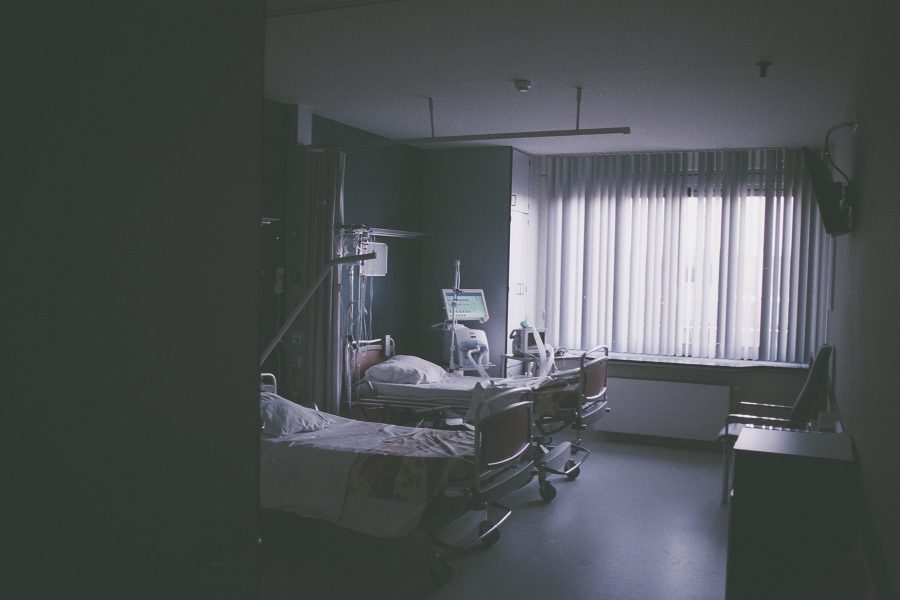 On Tuesday, Sept. 26, Dennis Hollinger, Ph.D. , President & Colman M. Mockler Distinguished Professor of Christian Ethics and Dr. Karen Mason, Associate Professor of Counseling and Psychology testified before the Joint Committee on Public Health at the Massachusetts Statehouse regarding Physician Assisted Suicide and House Bill 119A, An Act Relative to End of Life Options. The following are their transcribed testimonies.

There have been at least three major ethical arguments given to support physician-assisted suicide.  While these arguments at first glance seem laudable, each carries with them logical and ethical flaws. The most frequently heard appeal for medical assistance in dying is that it’s only compassionate to end the agony of a person in severe pain by taking their life.  As human beings we of course have moral obligations to show compassion to all humans, and especially those enduring extreme hardship, suffering and injustices.

But compassion is not a moral principle isolated from other principles and virtues.  In other words, compassion is not the moral trump card.  And as the late Dr. Edmund Pellegrino (Georgetown U.) once put it, “Compassion should accompany moral acts, but it does not justify them.”

The word compassion comes from the Latin term, meaning to suffer with.  We do not suffer with a dying patient in pain by ending their life, but by providing compassionate care that aims to mitigate the pain and suffering.  Palliative care (the art of pain control), hospice care and terminal sedation (an induced continuous sleep mode) are all means of providing compassionate care at the end of life.  These are clear alternatives to assisted suicide.

A second major argument for physician-assisted suicide is that since we are autonomous beings we should have, in the face of pain and suffering, the freedom to end life as we see fit; and that entails medical assistance.  This is an old argument for euthanasia as Seneca, the Roman Stoic Philosopher once contended, “As I choose the ship in which I sail and the house in which I shall inhabit, so I will choose the death by which I will leave life.  In no matter more than in death should we act according to our desire.”

But there are fundamental flaws in this argument.  First, physician assisted suicide is never an autonomous act.  It involves doctors who must acquiesce to the request, nurses who accompany the act, families who are impacted by the act and the whole of society to which the person belongs.  An isolated autonomy denies the bonds of solidarity and community in which all humans reside and through which they find meaning, solace and identity.  Moreover, the principle of autonomy or freedom as a grounds for assisted suicide “accords rights only to those who are fully autonomous, putting the demented, the … [mentally impaired], or the permanently comatose at serious risk.”   Autonomy, applied to medically assisted dying, discriminates against suffering patients who are unable to make autonomous judgments.

Assisted Suicide is No Different than Treatment Termination

But there is a major flaw in this argument.  Namely, in treatment termination the disease takes the life, while in assisted suicide a human action involving death inducing drugs takes the life.  As Oxford ethicist Nigel Biggar points out, this argument for assisted suicide “suffers from a major flaw… by its implicit denial of any moral difference between involuntary homicide and murder, the outcome—death—being the same in both cases.”   In one action the intention is death.  In the other action the intention is to let nature or divine providence take its course.

Assisted suicide suffers from major flaws logically and morally.  But beyond that human life is a gift to be protected, nurtured and honored.  We do not protect, nurture and honor life when we grant a legal right to actively terminate it.

Legalizing Aid in Dying may open the door to suicide because of the interrelationships between suicide and Aid in Dying procedurally, morally and psychologically.

o  A Jewish rabbi said this about an Aid in Dying vignette: “If [a person] takes her life [through Aid in Dying] she also needs to take into account the negative impact this could have on society, on her family, on her sister. All of that does something to lessen the unshakable value of life.”

o   I work to prevent suicide and am against House Bill 1194 because I believe that a society ought to affirm the unshakable value of life.

Another interrelationship is psychological. What has struck me is the similarity of the underlying psychology in those who request Aid in Dying and those at risk of suicide.

Herbert Hendin (1997), former Medical Director for the American Foundation for Suicide Prevention and professor in the Department of Psychiatry and Behavioral Sciences, New York Medical College has written that seriously or terminally ill people who wish to end their lives are not significantly different from other suicidal people.
Burdensomeness:

I am concerned that legalizing Aid in Dying may be related to an increase in suicide.