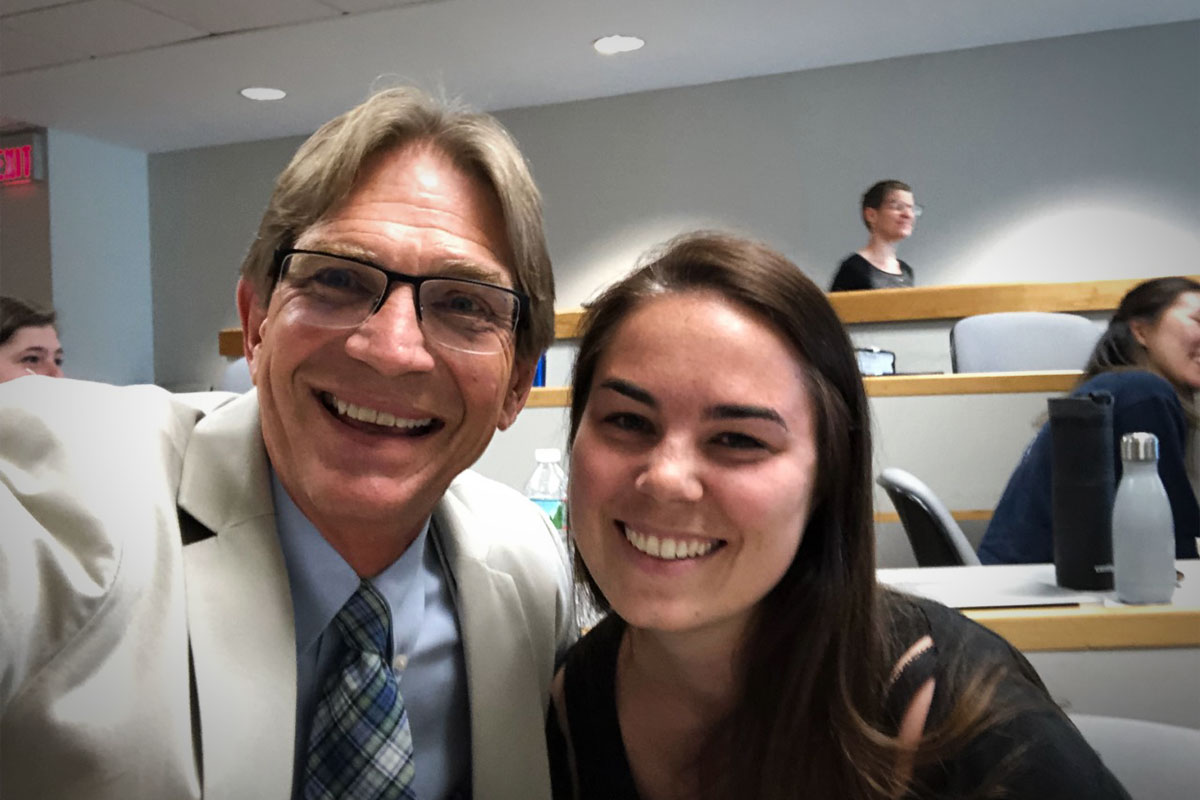 One of the joys of being a seminary president is getting to participate in classes where other faculty are teaching: I get to drop in, meet students, see faculty flourish in their element, give a short lecture, and I never have to grade papers. It is a great joy all around.

Recently I was invited to do a short lecture in a class of 26 students, mostly all InterVarsity staff. Highly motivated, eager to learn, we all connected on our mutual love of student ministry, commitment to evangelism and love of learning.
After a brief introduction where I described the role that Urbana Missions Conference had in leading me to a commitment to Jesus’ final command (and where I described the importance of theological education!), I asked if there were any questions. A young woman in the front row said simply: “You were my father’s InterVarsity staff worker at the University of Virginia.”

38 years ago. Many thoughts suddenly flooded my exposed self.

Who was he? Did I remember the name? Did he tell her anything about me? I was only in my early 20s at the time, and I knew so little. Did I mislead him? Well, she is at Gordon-Conwell Theological Seminary, so maybe I didn’t mess it up completely.

She told me his name. Relief.

“Of course I remember him! He was on the leadership team, and he went as a missionary to Japan. What are you doing now?”

She mentioned that she was doing student ministry in a university in one of the former Soviet Republics. Amazing. A generation later and here is the daughter of one of my disciples. She, like her father, is involved in God’s glorious mission to college students.

It is hard to describe some of the other conversations at the end of class. Students were electric thinking of God’s faithfulness and realizing that what they do now will have consequences generations later. Their ministries and struggles took on a whole new importance.

Generations and faithfulness were words that kept coming back to me the rest of the day.

As I walked out of class another young student came up to me and said, “You were my father’s seminary professor.”

Once again, exposed. What kind of memory did he pass on to his daughter? It was all good. Her father was a very bright student and a professional trumpet player. He even gave our son some trumpet lessons. Her father has been a wonderful pastor through the years. Some of those seminary lessons seemed to have helped.

Our son, however, did not keep up with the trumpet.