We’ve been looking forward to 2020 at the Center for the Study of Global Christianity for a long time. As far back as 2012, I knew that 2020 would be an important year, because this was the year that we would hold the third edition of the World Christian Encyclopedia in our hands. We were fortunate to receive it in early December 2019 from our publisher, Edinburgh University Press. 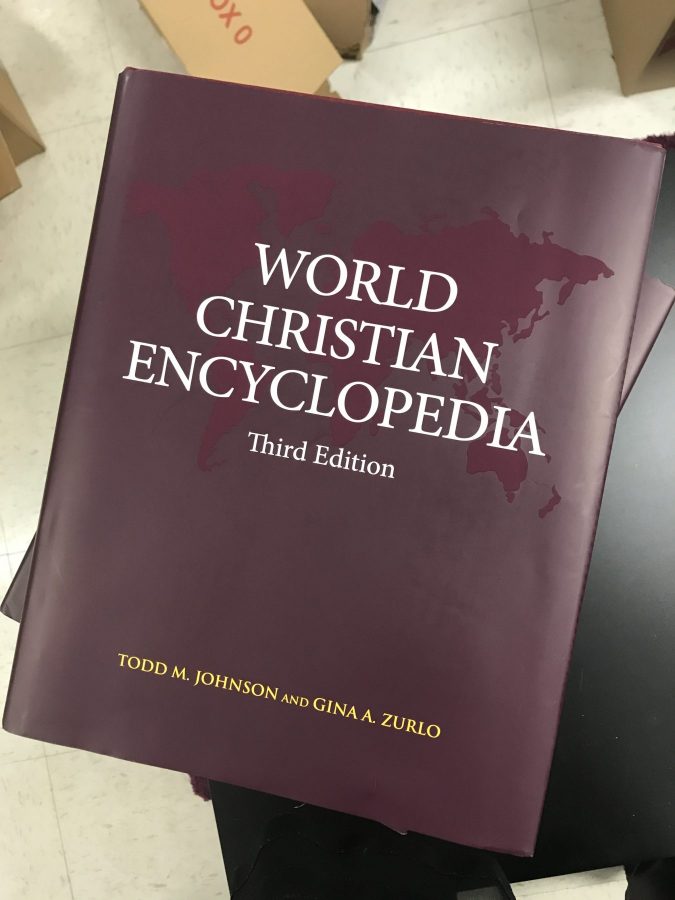 This book is many years in the making. We had help from dozens of research assistants and literally hundreds of in-country contacts around the world. Some helped with data, others with history, and still others with contemporary issues related to Christianity worldwide. We had a photo editor working from Athens, Greece; a database analyst working from Sydney, Australia; and a desktop publisher working from Richmond, Virginia. I emailed scholars, missionaries, pastors, ecumenical leaders, NGO workers, and many other people in literally every country of the world (there’s 234 countries, times roughly a dozen emails to each country – that’s a lot of emails). The entire board of the Cook Islands Council of Churches contributed to their country’s article. A representative from the Vatican reviewed the article for the Holy See. From Brazil to Belgium to Botswana to Brunei, this book has been researched, edited, and thoroughly vetted.

Dr. Johnson and I want to celebrate the completion of this book, but in doing so we want to make clear why this book is such an accomplishment. It represents the third generation of the longest running research tradition in World Christianity. We want to honor our predecessor, David Barrett, in producing reliable data for anyone who needs it. We want to celebrate the beauty of global Christianity and its linguistic and cultural diversity. We want to congratulate all the hard-working Christians we’ve met over the years who tirelessly work to better understand the dynamics of Christianity in their own contexts. We benefit from these labors and we’re grateful for their dedication to such scholarship.

This year, we’re traveling far and wide to share what we’ve learned in producing this book. Here are our February events; please join us!

Over the next several weeks we’ll be posting blogs related to the World Christian Encyclopedia, mainly related to its history and major findings. Stay tuned!