Welcome to the new blog from the Center for the Study of Global Christianity at Gordon-Conwell Theological Seminary! The Center is committed to making our research available to a wide audience, so we are starting a weekly blog, titled The Inquiry. Most of the posts will be by the co-directors of the Center, Dr. Gina Zurlo and Dr. Todd Johnson. We are also professors at Gordon-Conwell, so you can take courses with us.

This blog will focus on the following:

If there’s something you’d like to see a blog post on, let us know! Email [email protected]. 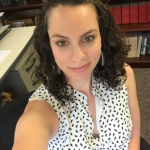 I’ve been at the Center and Gordon-Conwell since 2007. I came as a MAR student and immediately started working at the Center. I’m still here, 12 years later! I got my Ph.D. from Boston University School of Theology in 2017 and have really enjoyed being in the Greater Boston area. I’m very interested in the diversity that exists within global Christianity, and by extension, Christianity in the USA. I’m married with two daughters and enjoy all kinds of fitness. In fact, Todd and I, each avid runners, often see each other running on the sidewalks of Hamilton. If you see one of us, say hi! 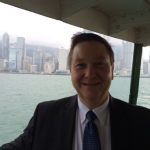 My commitment to global Christianity was forged in 1979 in the world’s largest refugee camp in Thailand where I was serving the Cambodian community. Since then I have traveled extensively and interacted with Christians from all over the world. While our Center can trace its history back to the mid 1960s in Africa, our work in Boston began in 2003. Here I enjoy close relationships with Christians from all traditions, as well as many colleagues in other religious communities. I’m married with three daughters and enjoy world music, world cinema, and world literature.