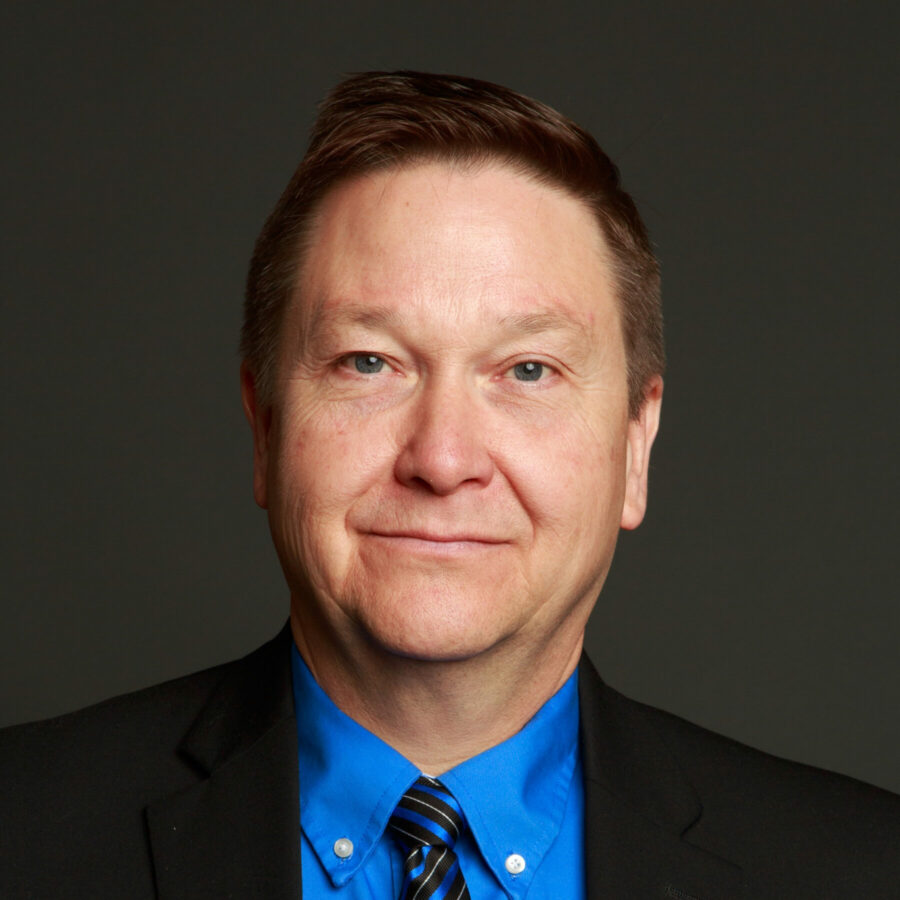 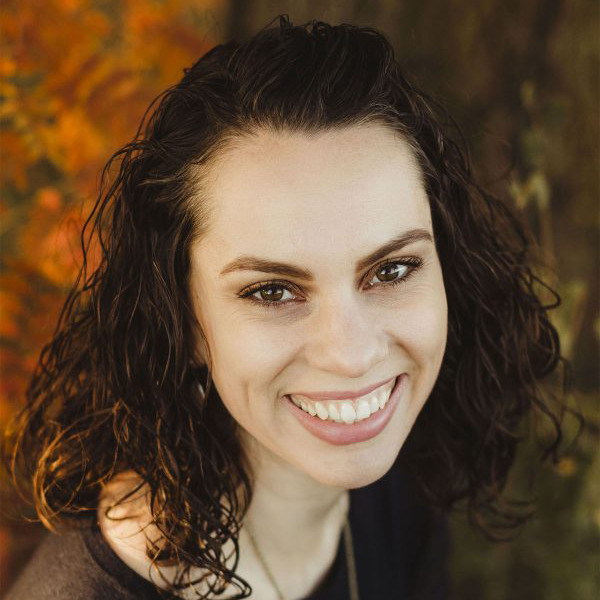 Gina A. Zurlo is Co-Director of the Center for the Study of Global Christianity and received her Ph.D. from Boston University in 2017. Her research focuses on the demography of religion, World Christianity, sociology of religion, and women’s studies. She is also a Visiting Research Fellow at Boston University’s Institute on Culture, Religion and World Affairs, where she is editor-in-chief of the Journal of Religion and Demography and works on the World Religion Database (Brill). She was named one of the BBC’s 100 most inspiring and influential women of 2019 for her work in quantifying the religious future. Click here for CV. Twitter: @gina_zurlo 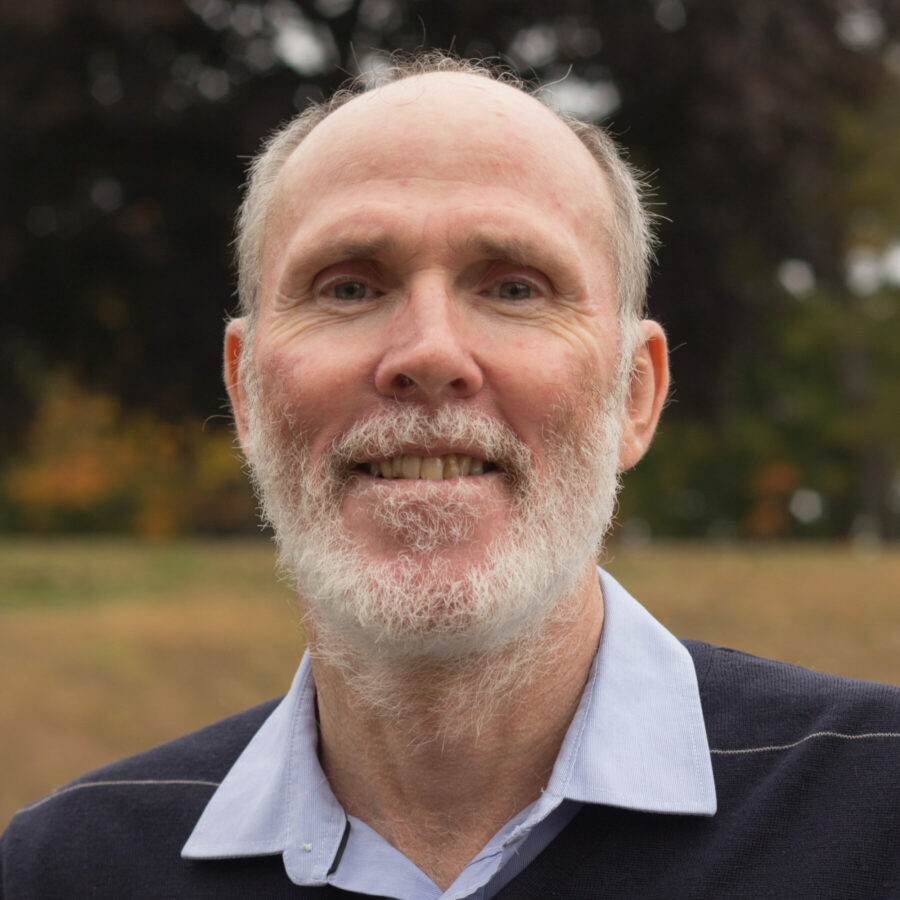 Peter F. Crossing’s background as a professional forester in Australia has proven useful when re-applied to the task of tracking disciples of Jesus Christ in all nations. He has a Diploma of Theology (Missiology) from the Australian College of Theology at WEC’s Missionary Training College and has gained further computer mapping and database expertise through work at the Sydney Centre for World Mission, the National Church Life Survey, and Mapinfo Australia. These positions led to a role as data analyst for the World Christian Database, from which came the World Christian Encyclopedia, World Christian Trends and now the Atlas of Global Christianity. He is married with two daughters and a son and lives near Sydney, telecommuting daily to Boston’s Center for the Study of Global Christianity. 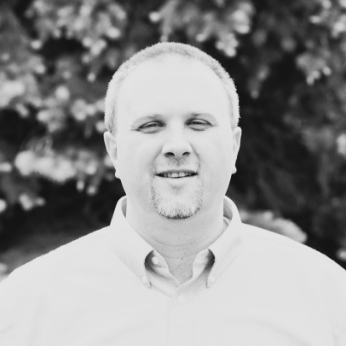 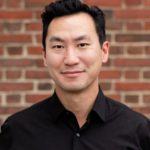 A graduate of Gordon-Conwell Theological Seminary (M.Div, 2020), Michael has been with the Center for the Study of Global Christianity since 2018. Prior to his studies, he worked as an analyst in commercial real estate and led small groups for his church in Los Angeles. He also holds a BA in Political Science from UCLA. An avid writer of short fiction and creative nonfiction, Michael is currently in the MFA in Writing program at Vermont College of Fine Arts. 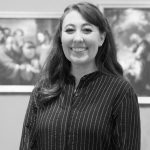 Hannah Nation is the Director of Communications and Content for China Partnership (CP), a ministry working to equip Chinese house church pastors with the gospel of grace. She is currently leading multiple writing projects for CP to bring the developing theology of the Chinese house church to the English speaking world. Hannah worked for many years in international ministry to Chinese students both in mainland China and the United States. She holds a Bachelor of Arts in History from Covenant College, and a Master of Arts in Church History from Gordon-Conwell Theological Seminary. In addition to the modern Chinese church, Hannah is generally interested in the early history of American missions and the roles of women therein. She lives in Cambridge, Massachusetts. 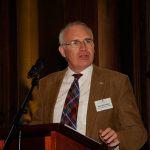 Kenneth R. Ross is Professor of Contextual Theology at Zomba Theological University, Visiting Professor at the University of Livingstonia and Nile Theological College, Juba, and Honorary Fellow at the Edinburgh University School of Divinity. He is a Presbyterian pastor (Church of Scotland) who has earlier served as Professor of Theology at the University of Malawi and as General Secretary of the Church of Scotland Board of World Mission. He co-edited the Atlas of Global Christianity (Edinburgh University Press, 2009). His recent publications include Ecumenical Missiology: Changing Landscapes and New Conceptions of Mission (Oxford: Regnum and Geneva: WCC, 2016) and Mission as God’s Spiral of Renewal (Mzuzu: Mzuni Press, 2019). His work with the Center is focused on co-editing the “Edinburgh Companions to Global Christianity” – a series of books published by Edinburgh University Press. 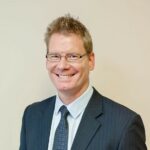 Graham Joseph Hill is State Leader for Baptist Mission Australia (Western Australia) and Associate Professor of World Christianity and Mission at the University of Divinity, Australia. He is the Chief Editor of the Australian Journal of Mission Studies, the Founding Director of The Global Church Project, and an Adjunct Professor at Abilene Christian University. Graham is an Australian Baptist minister and the author of 12 books. These books include Global Church, Healing Our Broken Humanity (co-authored with Grace Ji-Sun Kim), Salt, Light and a City (two volumes), Holding Up Half the Sky, and Hide This in Your Heart (co-authored with Michael Frost). Graham’s publications have been translated into Chinese, Korean, Arabic, Spanish, and Portuguese. Graham’s World Christianity website is TheGlobalChurchProject.com, and his author website is GrahamJosephHill.com. 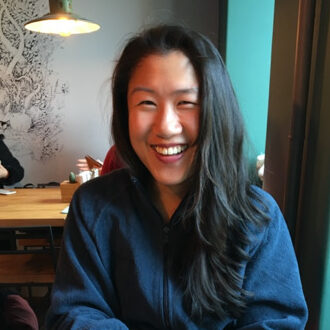 Shela was raised in Seattle, WA and attended the University of Washington, where she completed her BA in Asian Studies at the Jackson School of International Studies. Following a thread of involvement in international work, she interned for the Washington State Department of Commerce, worked with global health non-profit Mobility Outreach International and spent several years in export logistical work before pursuing missions. She traveled around the world with a missions program called the World Race launching in 2018. Following that, she spent eleven months in Lebanon for capacity building as a music missionary. She is currently pursuing a Master of Divinity with a focus on World Missions at Gordon-Conwell Theological Seminary. She is interested in coffee, the mystics, and endurance athletics. 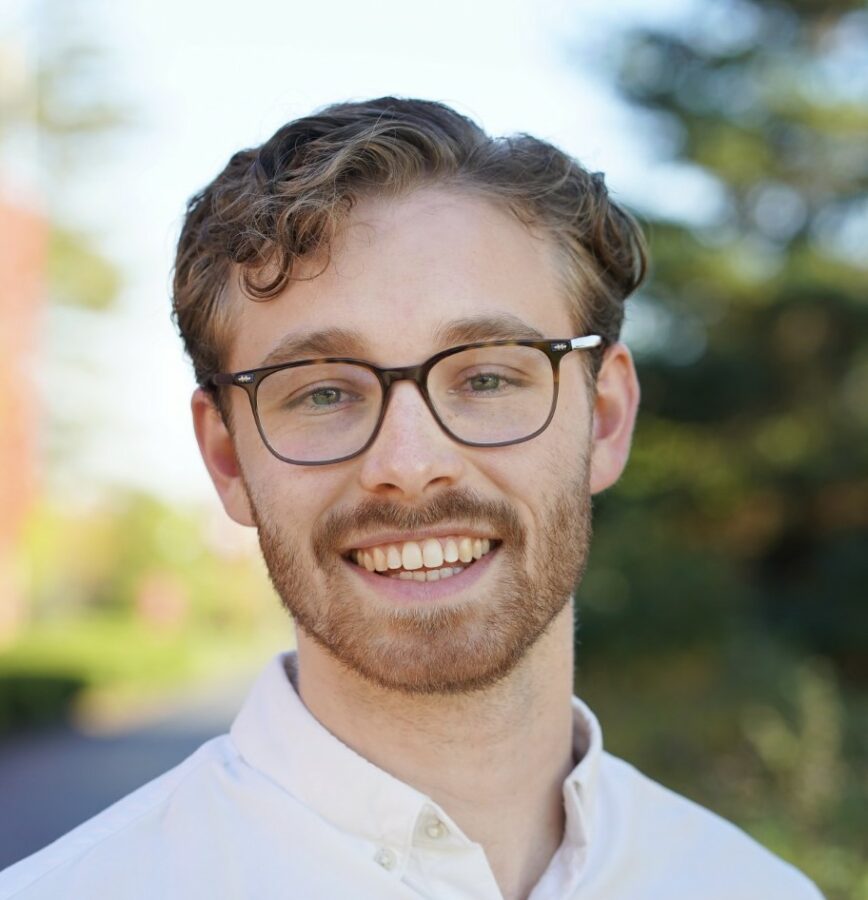 Noah is from Houston, Texas, where he graduated with his Bachelor of Arts in philosophy from the University of Houston. He is currently pursuing a Master of Divinity at Gordon Conwell Theological Seminary. Noah is passionate about investigating the intersection of theory, conviction, and event. 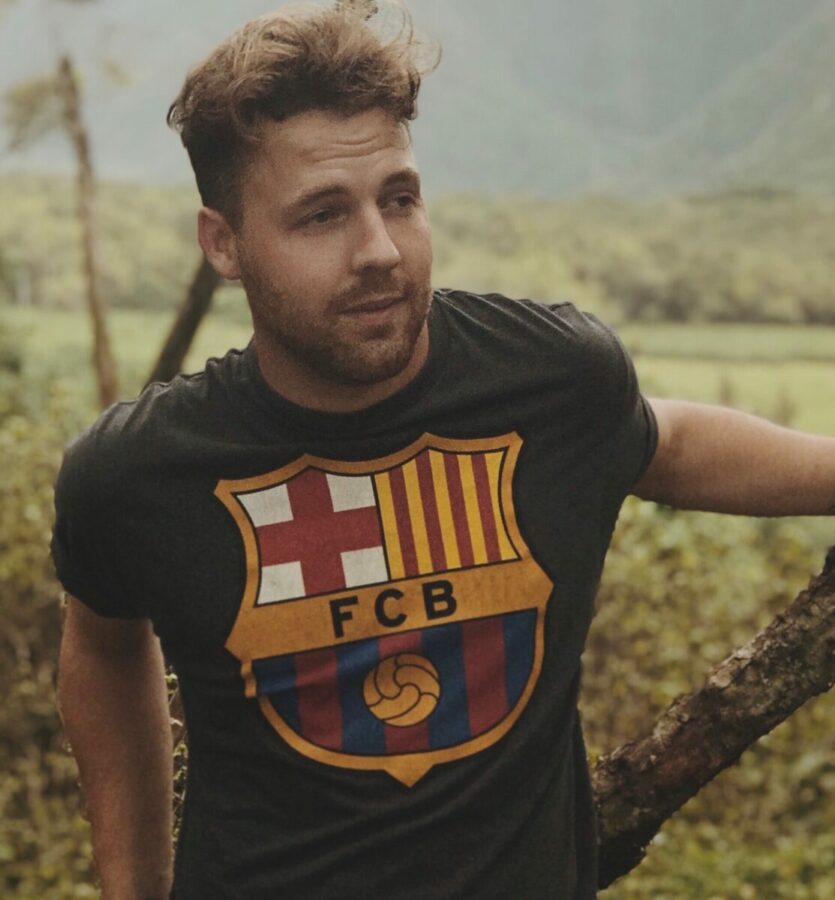 Michael Haegeland is currently attending Gordon Conwell Theological Seminary for an M.A. in Theology and Church History. Completing his undergraduate work in cultural anthropology and biblical studies, he worked in Hawaii and Norway with YWAM for three years as a history and inductive Bible teacher. Michael served in the 10/40 window as a missionary and teacher throughout his life, with close ties to the country of Nepal. He is a board member of Five14Nepal, a business-as-mission that fights exploitation and trafficking through ethical tourism in the country’s most vulnerable communities. Michael is passionate about helping the next generation of Christian leaders incorporate church history and data analysis to serve the most unreached in the mission field. 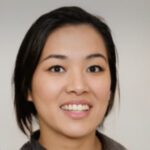 Grace graduated from Gordon College with a B.S. in Mathematics. She works as a research assistant at the Center for the Study of Global Christianity and as a data analyst/project manager for Indigitous U.S. She is passionate about anything data, always open to friendly debates and constructive criticism, and has the cross-cultural experience to work with people from different backgrounds. She likes to take walks and coding in R. Dunkin’ or Starbucks, you ask? Definitely Dunkin’! 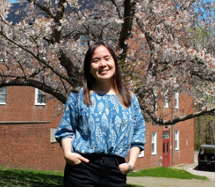 Sonya was born in Edison, NJ, but raised in Taipei, Taiwan, where she completed her BA in Pharmacy from Taipei Medical University and practiced as a registered pharmacist in a medical center for several years. Sonya is passionate about serving marginalized people groups with healthcare assistance, especially in developing contextualized mission strategies in another culture. She has organized and participated in various medical mission ministries, in the aboriginal community in Taiwan and overseas for the past ten years. Before studying in the Seminary, she joined a local medical team in Lebanon for 11 months through Interserve Taiwan as a short-term missionary. She developed a healthcare education curriculum for women and children with the help of her beloved Syrian and Lebanese friends. She is currently pursuing a Master of Christian Ministries at Gordon Conwell Theological Seminary. Besides her love for learning about different cultures, she enjoys cycling, swimming, and caring for her house plants. 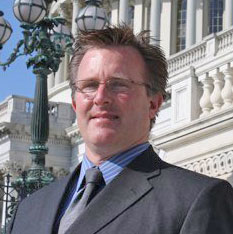 A graduate of the United States Military Academy (USMA) at West Point, immersed in print production experience at Last Days Ministries (LDM), and seconded from Youth With A Mission (YWAM), Christopher R. Guidry started in a 3-month position scanning images for Dr. Johnson and Dr. Barrett in the fall of 1996 for the World Christian Encyclopedia. Over the next six years, Chris migrated into page layout, print production, and other technical aspects of developing such data-heavy works. Highlights of his time include service as the associate editor of World Christian Trends, page layout for the Atlas of Global Christianity, and production assistance on various other publications. Chris, his wife, Jeanine, and their three dogs live in Richmond, Virginia.

Bryan Nicholson is a Cartographer/Geographer working on the Design Team at the Center for the Study of Global Christianity. He is a graduate of Clemson University (B.S. in Management) and the University of Georgia (M.S. in Geography). His studies focused on cartography, geographic information systems (GIS), and cultural geography. He has designed maps and data visualizations for many organizations and publications through his project, cartoMission. He also teaches as an adjunct Geography instructor in Colorado Springs, CO.