Here’s a short – and the last! – excerpt from our new forthcoming book, Introducing Spirit-Empowered Christianity: The Global Pentecostal and Charismatic Movement in the 21st Century (Oral Roberts University Press, 2020). For more on the subject, see the article by Daniel Sillman in Christianity Today, “Have Pentecostals Outgrown Their Name?”.

One of the oft quoted defining characteristics of the Pentecostal/Charismatic movement is the advocacy for greater equality between men and women. Women have been ignitors of historic revivals (Pandita Ramabai in India), sustainers of Spirit-centered movements (Azusa Street Revival), and today continue to be empowered by their faith to work against societal norms throughout the world. The work of the Holy Spirit cuts across race, gender, and socio-economic status and serves as the great equalizer in providing access to Christian spiritual power. Despite the great influence of Pentecostal women in their ministries and congregations, prominent women who help shape church leadership are often overlooked and men are given credit for their labor. Furthermore, history has shown many examples of pioneer women founding movements that get turned over to male leadership once the movements become formally institutionalized. Despite Pentecostal/Charismatic churches being known for more egalitarian practice and theology, this is in conjunction with Pentecostalism’s ability to adapt to its surrounding cultures. In doing so, it also adopts some of the wider society’s gender norms, which might contradict with the movement’s core message: universal access to the power of the Holy Spirit, regardless of gender. 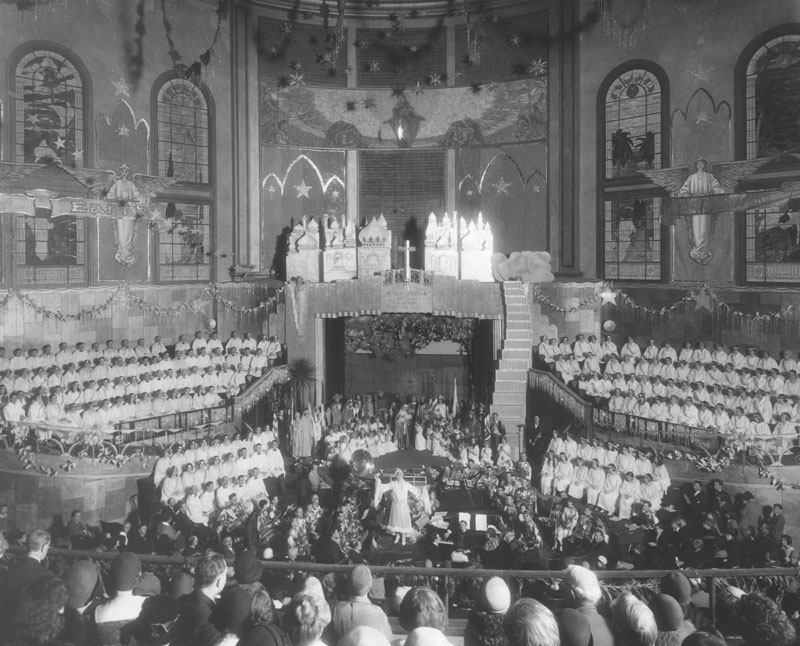 Female Pentecostal influence has expressed itself in a variety of ways throughout history and within the movement today, such as missionaries (especially single missionaries), as pastor’s wives (who often have more influence within congregations than their husbands), as evangelists (historically, often unnamed), and as everyday keepers of faith and tradition to pass down to generations. One example is Aimee Semple McPherson and the Foursquare Church in the United States (for an extensive biography, see Edith Blumhofer’s Aimee Semple McPherson: Everybody’s Sister). Born from a Salvation Army mother and a Methodist father, McPherson (“Sister Aimee”; 1890–1944) returned from a mission in China in 1910 as a widow and a single mother of a newborn baby girl. After a visit to Los Angeles in 1917 and several years of cross-country evangelism, she began a healing ministry in 1921 and founded the Angelus Temple in Los Angeles in 1923. The Temple became the largest church congregation at the start of the 20th century. Sister Aimee pioneered radio ministries and was a media sensation herself. She imbued the Pentecostal movement with a personality that championed healing, the power of the Holy Spirit, and a theology that combined Arminianism and Calvinism. Her focus on the work of the Holy Spirit was in contrast to the fire-and-brimstone preaching of prominent male evangelists. She placed an emphasis on the Spirit in relationship to God’s love.

While the growth of the organization dovetailed with that of the Pentecostal movement as a whole, especially in its outreach to the poor, it faced criticism as an Evangelical institution that became led mostly by white middle-class men, a far cry from the example set by Sister Aimee. Despite its early commitment to female ministers, the denomination grew rapidly while male leaders filled the ranks of the quickly institutionalizing movement. After her death in 1944, Aimee’s son, Rolf McPherson, took over as president of the denomination for 44 years. There have been no female presidents of The Foursquare Church since Sister Aimee, yet the denomination – now with nearly 8 million members – is proud of its history of strong female leadership and innovation. The four squares represent the four scriptural roles of Jesus as: Savior, Baptizer with the Holy Spirit, Healer, and soon-coming King.