A Brief History of A.J. Gordon 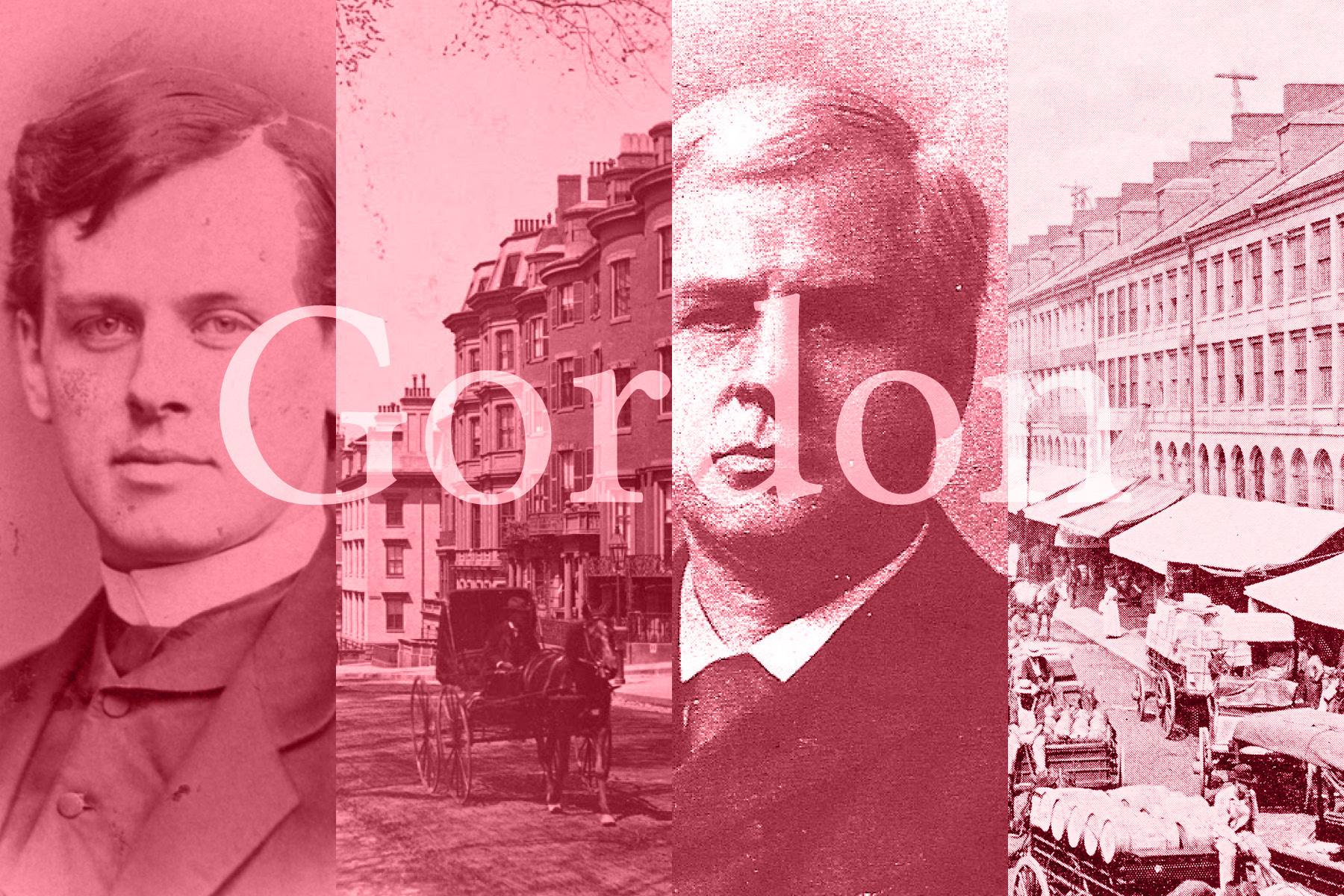 In contrast to Russell Conwell’s multifaceted career and beginnings, AJ Gordon’s path was straight. Converted soundly at the age of 15 he went away to high school and then to Brown University where he graduated in 1860. He then attended Newton Theological Seminary graduating in 1863. He began his pastorate in the suburbs of Jamaica Plain Baptist Church (West Roxbury!) and then (after much pleading) took on the leadership of Clarendon Street Church in Boston where he served until his death. The church was upper class with little concern for mission, but much concern for flowers and a paid choir. D.L. Moody’s arrival during Gordon’s 8th year at Clarendon Street changed everything. Moody set up a tent adjacent to the church and overflow crowds and reformed alcoholics were cared for in the church. The members saw amazing transformations in people’s lives and were inspired for greater evangelism and mission.

The outpouring of the Spirit,[2] as Gordon would later describe it,[3] flooded out of the church into ministry to Jews, to Chinese immigrants, to rescue work among women and to industrial mission for young men. Special ministry to alcoholics led to setting up a homeless shelter (“Boston Industrial Temporary Home”) and substituting grape juice for wine in communion! Moody’s impact was enormous. He began speaking at the summer conferences for college students at Northfield and was one of the main speakers in 1886 when 100 “volunteers” committed their life to missionary work (a foretaste of Urbana mission conferences). Thus, his preaching helped to launch the Student Volunteer Movement for Foreign Missions. His church gave more than any church in New England to missionary work at the time.

Major themes in the life, ministry, speaking and writing of Gordon are the best way to understand his importance in Christian (especially mission)history. First, his support of mission was ecumenical and pneumatological. He was part of a pre-ecumenical movement era that viewed the task and goal as guiding the method. Cooperation was required to reach all the nations. Denominations and independent missions worked together to reach the local immigrants and the unreached in China and Congo. This would be accomplished by the work of the Holy Sprit and prayer alone. One of his most published and popular works (especially among Pentecostals) is The Ministry of Healing (1894). It was a practice of prayer he engaged in privately, not in public gatherings.

Secondly, he knew the value of education. A graduate of Brown, he was later called to serve on their board. He connected well with the summer students at Northfield where Ivy League schools were well represented. He knew that missionary work required rigorous training, so, while continuing his pastorate, speaking engagements and social service in the city, Gordon founded the Boston Missionary Training Institution in 1889 (Gordon College).

Gordon loved music and was an accomplished hymnwriter. He edited two hymn books and wrote hymns for over 15 hymns including the still popular, “My Jesus I Love Thee.” Singing hymns both at the Clarendon Church and at the summer student conferences was central to worship and work of the Holy Spirit.

Gordon fully supported the ministry of women before it was generally accepted among Christians (not just Evangelicals). His defense was outlined clearly after he observed a woman missionary was blocked from speaking at a missionary conference because of the “scruples” of a number of men (1893). He published in the most important North American missionary journal of the time, Missionary Review of the World an epic article entitled “The Ministry of Women.”[4] The article is a dense biblical exegesis, including a generous use of Greek to explain the meaning of the texts. It is still used today!

Finally, along with many evangelicals of his age, eschatology was one of the driving reasons for the priority of foreign missions for the Church. Gordon was a premillennialist, believing that Jesus’ return was imminent, and he would judge the earth and usher in an earthly millennial existence. Along with Moody and A.B. Simpson (CMA founder) Gordon supported the return of the Jews to Palestine as a sign of Jesus return. He signed the “Blackstone Memorial” calling for the governments to support the return of Palestine to the Jews. This “memorial” was given as a petition to President Harrison.

A bright biblical scholar and innovator, Gordon lived up to his missionary name (Judson) as a missionary statesman. He was the chairman of the American Baptist Missionary Union (overseeing all global Baptist mission work) and supported the Congo mission through its many difficulties and resisted the “civilizing” trend of mission that was common in the Gilded Age. “Progress” through education and civilizing was not Christian mission practice. Paradoxically, in his theology he both criticized higher education as falsely hoping to “civilize” the “heathen” into the Kingdom, and supported missionary training through his school. He could do this because of his pneumatology which trusted in the Spirit of the Living Christ to work through people submitted to his Lordship. In the end, mission was the job of every Christian and every church, not an elite or centralized group. He was an early “missional” theologian.

[3] How Christ Came to Church: The Pastor’s Dream. A.J. Gordon’s autobiography published soon after his death.