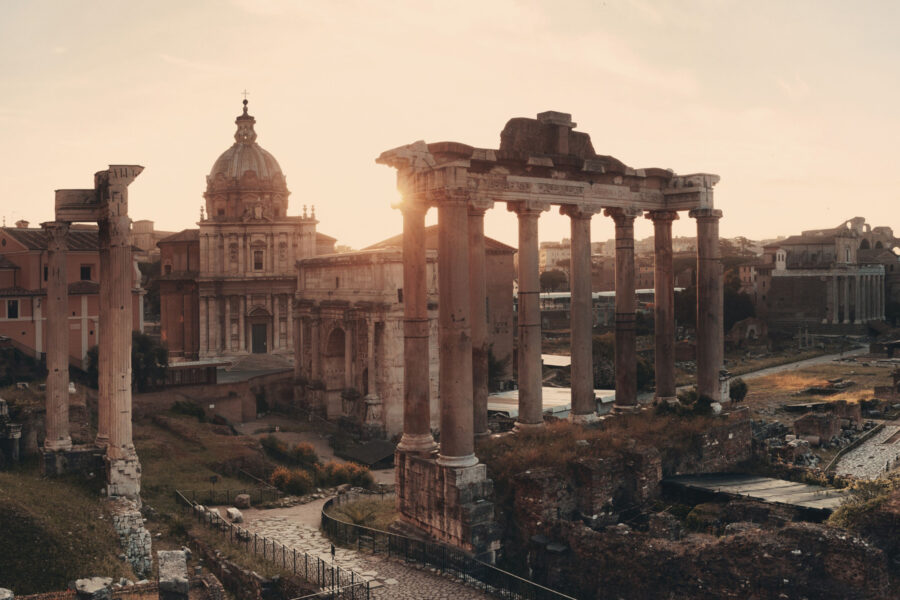 “The fourth and fifth centuries were the greatest period of theological writing in Christian history—even more so than the time of the Reformation.”

These are the jarring words of a Gordon-Conwell historian. Dr. Don Fairbairn, as he did a Gordon-Conwell Institute[1] workshop on some lessons from the early Church entitled “Our Citizenship is in Heaven.” The workshop was based on his new book The Global Church—The First Eight Centuries.[2]

That one sentence triggered a number of thoughts. How can one call the theological writing of the fourth and fifth centuries greater than that of the Reformation? Well, one reason is that the writing, councils, and creeds of those two centuries articulated the framework of the entire Christian faith, on which later writers such as those of the Reformation drew. We can’t rise up to God ourselves, so he has to come down to us. This means that the three persons of the Trinity have to be fully and equally God; otherwise, the incarnation and the descent of the Spirit wouldn’t be God coming down to us. It also means that the Son had to really come down, becoming fully human and living every aspect of human life, all the way down to death on the cross. Otherwise, it wouldn’t be God coming down to us. These core doctrines were established which unite all Christians in all nations through all of time. This is what we call the Great Tradition of the Church.

In contrast, Reformation theology tended to divide Christians around doctrines of the sacraments, order, worship, and spirituality (Eucharist, priesthood, pilgrimages, asceticism, monasticism, etc.). This is not to denigrate the great theologians of the Reformation, for many of them continue to guide me today. Yet, I believe we hold on to these doctrines lightly, but we must have a firm grip on the early doctrines of the Trinity, Christology, ecclesiology, and pneumatology. More on this later.

There’s another way in which one can call the theological writing of the Early Church greater than that of the Reformation. Reformation doctrines and theological writings were done in Europe during Christendom and the waning years of the Renaissance. All theology is contextual, and these theological developments occurred when most people were baptized Christians in Europe, and most rulers were some sort of Christian. In effect these were family fights (Peasants’ War, Thirty Years’ War, etc.). This type of theological warfare is not our context today. Or at least it should not be!

Our context today is more like the Early Church than the Reformation (or any period in the West up to World War II). In the early centuries, Christians were spreading out in three continents struggling against two major empires: Roman and Persian. Christians living under the Parthian Persian Empire were tolerated and the Church grew into Asia faster than in Europe under the Romans. This is true. Asia (until the Sasanians came to power) was more tolerant of different religions. Although Parthians were Zoroastrians, they were tolerant and more pluralistic. Christians had freedom to worship and to evangelize. They spread the faith into modern day Pakistan, India, Central Asia and, by 635, they were in the capital of Tang China (another tolerant and pluralistic empire).

However, and here is our lesson for today, China changed, and Persia changed. When the Sasanians conquered the Parthians a less tolerant form of Zoroastrianism began to develop in Persia. By the late third century the powerful (fundamentalist?) mobed (priest) of Zoroastrianism, Kartir, encouraged the Shahs to persecute other religions. It was during this time that Mani was executed.[3]

By the middle of the fourth century Christians were severely persecuted in Asia, but they had royal protection and support in Europe. Christian life in Asia would never be supported by local rulers until the conquest of the Philippines by the Spanish. Christianity grew where rulers were converted: Roman Empire, Nubia, Ethiopia, Osrohene, and Armenia.

Our situation in the United States is more like the early centuries under the Parthians than like anything in Europe at any time in Christian history. We are not actively persecuted, but we are slowly being hedged in. Christian life, morality, and ethics are less and less respected and supported by our national pluralistic society.

How should we relate to our government and dominant culture today? I believe precious lessons for today are found in study of the Ancient Church: mostly in Asia (and Africa!), not Europe. I would start with Don Fairbairn’s new book: The Global Church—The First Eight Centuries.

[3] Manichaeism was a mixed religion (again which developed in a pluralistic and tolerant empire) made up of Zoroastrian, Christian, Buddhist, and various Gnostic teachings. Mani lived from 216-274.