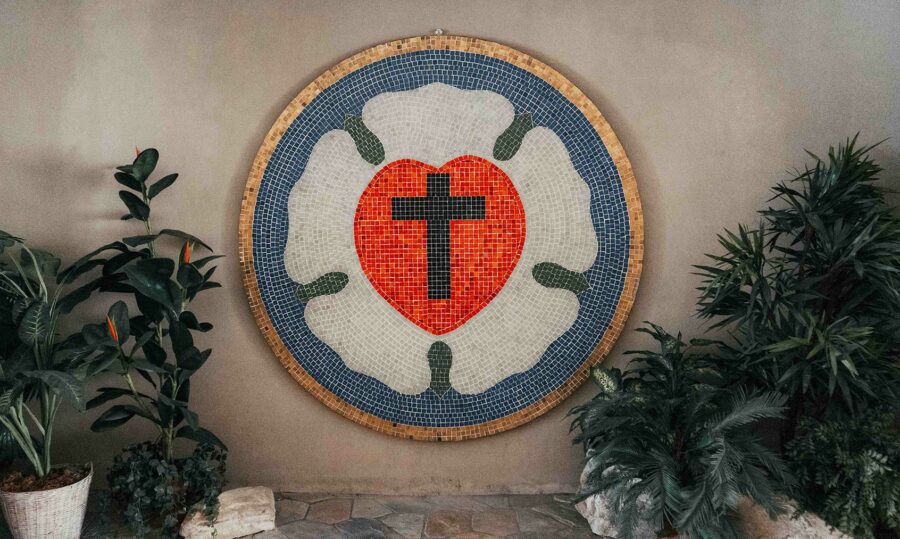 Are we—Gordon-Conwell—“evangelical?” This question has been asked of me more frequently in the past few years. I guess the answer is: It depends . . .

Cultures evolve. Language is dynamic. Language and religion carry the core meaning of cultures. Only with a shared understanding of symbols and language can we communicate in a particular culture or across cultures.

Communication is often very difficult, in part because cultures evolve, and it takes effort to understand the difference between something’s original meaning and one that has evolved.

We are at another turning point in the use of religious language today. The solution is not as simple as using a new word, but as with Bible translation, the answer may be to have two or three handy and reliable translations of a word. This is a basic postulate for Bible translators.

I was alerted recently to an article written by our Academic Liaison Officer, formerly an editor at Christianity Today, Wendy Murray. In 1997 she wrote an article on translation (which deals with words, meaning, and cultures) entitled “Your Sins Will be as White as Yucca.”[1] Words are symbols that point to some reality. The phrase “white as snow” means something to me, someone who lives in Massachusetts, while the term “yucca” means very little to me. The opposite is true for the Peruvian Sharanahua tribe who have never seen snow but are very familiar with yucca.

We at Gordon-Conwell are deeply rooted in the twentieth-century Neo-evangelical movement since our first president, Dr. Harold Ockenga, was the one who called for the renewal of the term evangelical. He also called for an association of evangelicals (NAE) that would uphold the evangelical faith and not slide into the more liberal theology of the National Council of Churches. Context is important. Ockenga made this call just four months after the attack on Pearl Harbor when “Christian nations” of Europe were being devastated by war and secularization. It was a call for greater social involvement (protecting the free-market economy and democracy) while affirming traditional, orthodox, evangelical theology.

And this brings us to the dilemma we face today. Even as the NAE has provided evangelical leadership in the nation since 1942, the term “evangelical” has become for the larger public a symbol of “Christian nationalism,” even bigotry. What we ourselves think about the term doesn’t matter if it communicates something altogether different than what we want to communicate; when that happens, we are unwittingly misrepresenting the gospel (evangel). In the current cultural environment, the press has latched onto “evangelical” fears about immigration, critical race theory, and the strong support for the political and religious right. While many evangelicals sympathize with these positions, the evangelicalism of today is more diverse, and not necessarily ideologically “right.” Yet in the press and for many Americans, the term suggests an element that is much more racist and fundamentalist.

So how does Gordon-Conwell talk about our identity as an evangelical institution? I have written blogs about this in the past, but that was nearly four years ago. Much has changed since then.

When language and symbols begin to morph there are three responses. First, we can just ignore the larger culture and continue to use the word, because the word still communicates internally to a particular cultural group. “Trespasses” may be a good example. We seldom use the word trespasses for “sins” except in the Lord’s Prayer, but it still means something inside the church. We can still use the word because it has not been co-opted by others. For example, people are not using trespasses to mean “generosity,” or “happiness.”

The second option is to abandon the word because it miscommunicates. Thus, when we say we were “gay,” most everyone thinks about sexual orientation, not about being happy. It is confusing to insist on using a word that the larger culture has re-defined. Rainbows must now be used with discretion, and the word gay has a new meaning that we have to accept if we are going to communicate clearly in our society.

The third option is a little of both. “Evangelical” is still a good word for many of us, especially within our evangelical institutions, for the global church, and for those of us who are familiar with Bebbington’s quadrilateral defining evangelicalism.[2] His definition may not describe evangelicalism as experienced by many Christians, but it is historically rooted in the best of evangelicalism and is, I believe, inspirational. Sometimes a word can be both descriptive and aspirational, and this is a good thing.

I believe the third option is where we find ourselves today. We need to continue to use the term “evangelical” because (especially when understood historically) it communicates both the history and the trajectory of our movement. It can be both a historic description and a future aspiration. However, in the current environment, it may be best at times to qualify the term when we use it: “the evangelical tradition,” or the great “evangelical heritage.” At the same time, we can use other words to describe who we are. We are “biblical” Christians who return again and again to the Bible to understand how to think and live. We are “orthodox” Christians who affirm the early church creeds. We are “gospel-driven” Christians who are committed to sharing and living the good news. We are Christians who are rooted in the “Great Tradition” of the Church. No one word can sufficiently describe Gordon-Conwell and the movement we embody, but that has always been the case. Our evangelical identity should be shown in what we do—how we proclaim the gospel, how we love one another, and how we wipe away tears—not what label we adapt or adopt. All things being equal, I would prefer that we identify primarily as intentionally and humbly Christian. May that also be what the world sees when they look at us.

[2] His four points about evangelicalism are: Biblicism (emphasis on the authority of Scripture); Crucicentricism (centrality of the atonement); Conversionism; and activism (e.g., in evangelism and on issues of social justice)