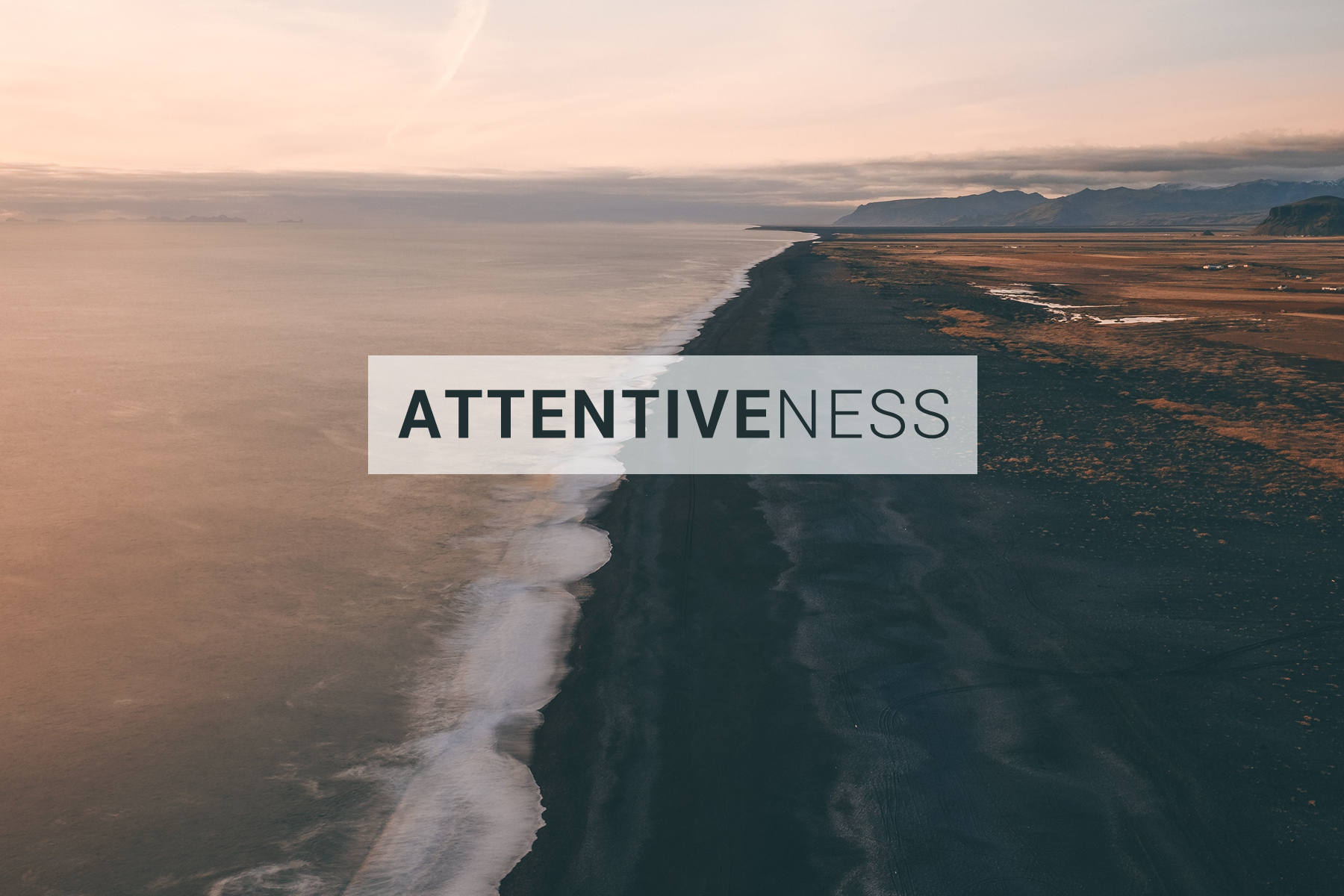 I am convinced the single most indispensable skill of leadership is: attentiveness.

A few months ago, my wife Nancy and I moved coast to coast — from west to east. We also transitioned from a tropical climate to a “seasonal” one (read: “cold”). In the past, we’ve not only moved across the U.S. (which is pretty far); we moved twelve time zones away (which is very far). Over the years, we have learned to enjoy the interplay of climate, geography, history, languages, politics and culture that make each region unique.

Southern California and New England are two, well-known and much parodied cultural blocks in the United States. SoCal was once Mexico (or New Spain). New England was, well… it was part of England. Centuries later, some of those histories still seep through in basic assumptions and approaches to life on either coast. What’s more, I am discovering that rural New England (the North Shore) is not at all Boston, and neither of these is the same as Charlotte, NC or Jacksonville, FL. Yet, Gordon-Conwell is all four of these.

I am confronted by the challenge to lead a seminary that is represented in four distinct cultural regions—a single school that is southern and northern, rural and urban. How can it be done?

Attentiveness is not just required in leading a seminary, of course; it is necessary in leading a church, leading a committee, or in leading twelve diverse disciples. One does not just sit back and decide what to do and then do it. Good leadership must be attentive to cultural contexts, to personalities, as well as to unique themes, issues and events that happen across our landscape.

I am still learning to lead. I invite you to join me in learning to pay attention — to look around, look in, and look up — and to think along with Christ each week.