Córdoba: The Ornament of the World

The second city on our tour through the history of Christian-Muslim relations is Córdoba, Spain in the 9th and 10th centuries. Similar to Baghdad, Córdoba was a place where Muslims, Christians, and Jews lived and worked together, greatly expanding human knowledge especially in philosophy, religion, astronomy, and medicine. What became Europe’s most sophisticated and cosmopolitan city began with the invasion of Muslims from North Africa in the year 711 CE. By 756 CE Abd al-Rahman of the Umayyad family took control and named Córdoba as the capital of the new-found territory. The city’s main basilica was repurposed as a mosque, with Muslims gradually building additions to allow more people to pray. For 450 years the great mosque was a major source of pride to Muslims in Spain. However, when Ferdinand III conquered Córdoba in 1236 CE, the great mosque once again became a Christian cathedral. Today it is a World Heritage site and is visited Christians, Muslims, and Jews from all over the world.

In the 10th century, German Catholic nun Hroswitha (935–973 CE) described Córdoba as “The ornament of the world.” Though she never visited the region known as al-Andalusia, she heard about the extraordinary cultural achievements of Córdoba. What impressed Hroswitha was a prosperous and library-filled Islamic society where Christians and Jews engaged with classical tradition, including Greek philosophy, to a degree unimaginable in the Christian West. They were respected and successful members of the Muslim-ruled community and were active at all levels of society. Most important, however, is that Muslims, Christians, and Jews did not have separate cultures. Rather than dividing over religious differences, they were part of a broad and unitive culture that incorporated elements of all their traditions—one in which all could participate regardless of their religion. This story is told with great attention to detail in Maria Rose Menocal’s The Ornament of the World: How Muslims, Jews, and Christians Created a Culture of Tolerance in Medieval Spain.

Córdoba’s largely owed its emergence during the 9th and 10th centuries as the intellectual capital of Europe to the Umayyads and their quest for knowledge. Al Hakam II, who ruled the Caliphate of Córdoba between 961–976 CE, invited distinguished thinkers from Arabic kingdoms in the East to teach at the city’s grand mosque, paying their salaries out of the Umayyads’ treasury. The mosque, completed around 987 CE after over two centuries of construction, became Europe’s greatest center of learning until the Umayyads were kicked out of Córdoba in 1031 CE. Al Hakam II also founded 27 free schools in the city, increasing literacy rates. His library in the Alcazar fortress, curated for a time by the female mathematician and intellectual Lubna of Córdoba, became the largest in the West, at one point containing as many as 500,000 volumes. The free exchange of ideas and discoveries with major Eastern cities like Baghdad put Córdoba far ahead of any other European city.

Late in the 10th century, we get another glimpse of Córdoba’s impact by visiting one of Europe’s most learned Christians, Gerbert of Aurillac. Despite his access to monastery libraries in France and Catalonia, Gerbert was stunned by the libraries of Moorish Spain and their sheer volume of books and breadth of subject matters. During his studies in Spain, he acquired and brought back to his monastery various important books dealing with scientific, technical and philosophical knowledge. Gerbert made use of these sources to write his own books on philosophy, arithmetic, and other subjects. He is said to have played an important role in bringing Arabic numerals to the rest of Europe. In April of 999, Gerbert became Pope Sylvester II, the first French pope. He brought about many reforms in his short papacy, particularly related to the integration of faith and knowledge.

As one might guess, this was not a golden age without blemish. Córdoba was also the scene of battles, skirmishes, murders, and lootings. However, what is remarkable is the long period of time in medieval Spain during which there were opportunities for Christians, Muslims and Jews to talk to each other, work and study together, and try to better understand each other’s faiths.

As we think about our world today, we have to admit that Córdoba seems as distant as Baghdad. While Christians, Jews, and Muslims continue to seek knowledge, we live in a time when the dominant narratives of secularization and opposing civilizations make collaboration of this kind much more difficult. We sorely need a new vision of religious pluralism coupled with a commitment to human flourishing.

Who will be the visionaries to step forward and lead? 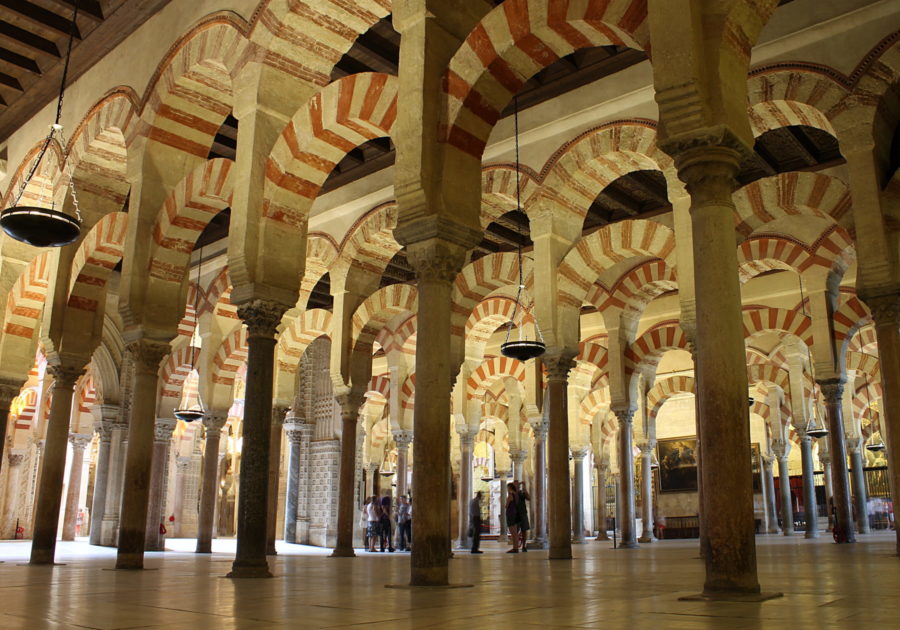