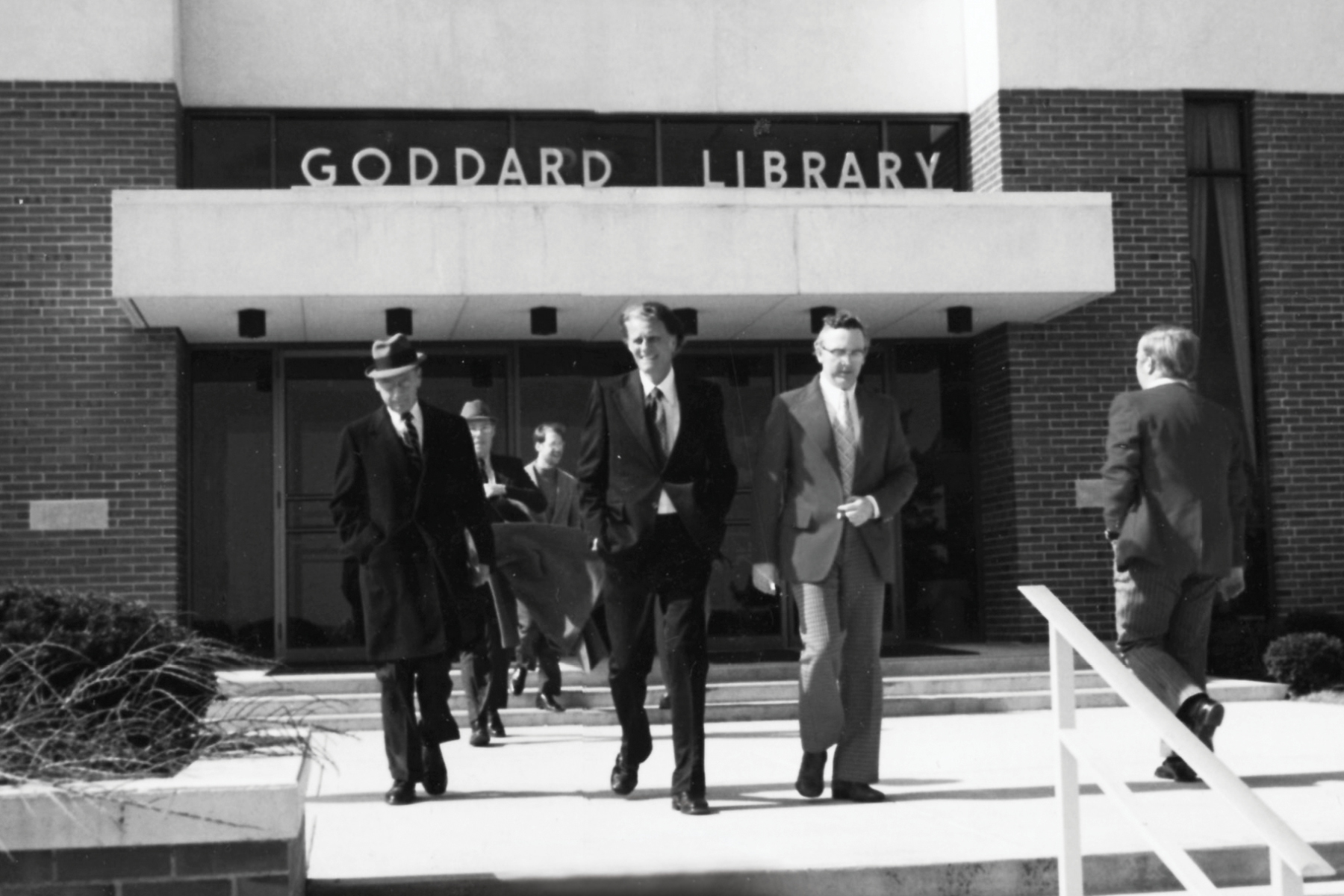 This year we are celebrating the 50th anniversary of the uniting of Gordon Divinity School with Temple’s School of Theology (Conwell) to become our beloved seminary, Gordon-Conwell Theological Seminary. The seminary was established with a grand vision to train thoughtful pastors for New England and America as well as to train missionaries for around the world. It was to be a strong intellectual tower of Evangelicalism in the tradition of Billy Graham, Harold Ockenga, the NAE, Fuller Theological Seminary, and Christianity Today. We were a central part of that remarkable Evangelical movement after World War II.

The need for Evangelical theological education was genuine. The basic tenants of Protestant orthodoxy were being compromised by most of the Protestant seminaries, most notably evident in the disregard of the authority of large passages of scripture based on higher criticism. Challenges to Christian orthodoxy came from the likes of Bultmann, Tillich, and the study of comparative religions. The uniqueness of Christ, authority and inspiration of Scripture, and present work of the Holy Spirit were all doctrines on trial.

Evangelical theology, and the new institutions that came from this movement, were answers to these liberalizing ideological trends. However, at that time the larger culture still supported the idea of churches, Christian morals and ethics.  A quick look at television programs from the 50s reveal the cultural value of fidelity in marriage and rejection of sexual activity outside of marriage. In many Hollywood produced shows of the time, families go to church, and pastors are respected leaders. Thus, evangelicalism was pushing against certain intellectual ideas in a world or broader culture that still had the outward practices of Christendom. GCTS was founded during the last decades of American Christendom.

This is not the case today. As we celebrate our 50th anniversary we recognize that our battles are different from those of our founders. We still are guided by the Bible as God’s authoritative Word to us, but now in our theological education we must emphasize more the Christian formation and practices that help us live counter-cultural lives that point to Christ. Evangelical living must be central to our curriculum. Christian practices of resisting racism, hedonism, pride, avarice, and the passions—core virtues of the desert fathers and mothers—are as important in our teaching as any theology or Bible class.

“I know you have a high view of Scripture, because I have seen how you live.” This must be true of all our community today. Evangelicalism is a matter not of mere theologizing, but it is a matter of a life lived “in Christ.” I for one, think a seminary can and must be guided by such an integrated life and curriculum.