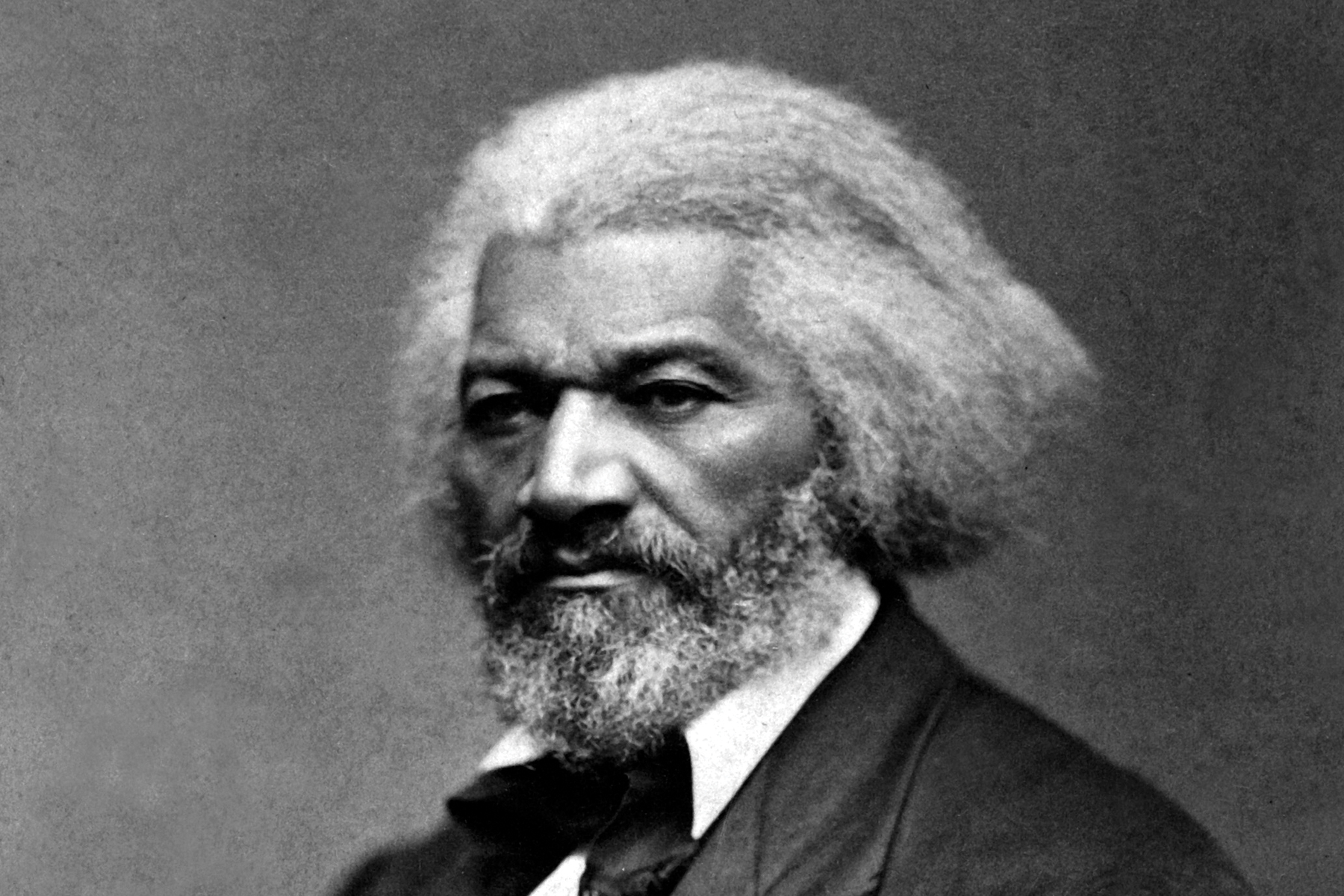 Frederick Bailey had little hope of a meaningful life in the 1820s in Eastern Shore Maryland until he was passed on to a family in the city of Baltimore. His new owners, Hugh and Sophia Auld had not owned slaves before and so they treated Frederick, uncharacteristically, as a son. That is, at first. Their own son Tommy became a trusted playmate and confidant of the half white, half black, and half slave, half free Frederick of the city. Plantation life was hopeless, poor, and isolated. The city had freed blacks as well as slaves, and they mingled in the streets together.

Cities were critical places of hope for slaves in the 19th century, but more importantly was the role of learning and the thirst for knowledge. As we start a new school year at Gordon-Conwell, I am inspired by the thirst for knowledge of students. I hope and pray that we will never completely satisfy this thirst but will constantly encourage the questions and creativity to take in more information for the sake of transformation. And this brings me back to Douglass. 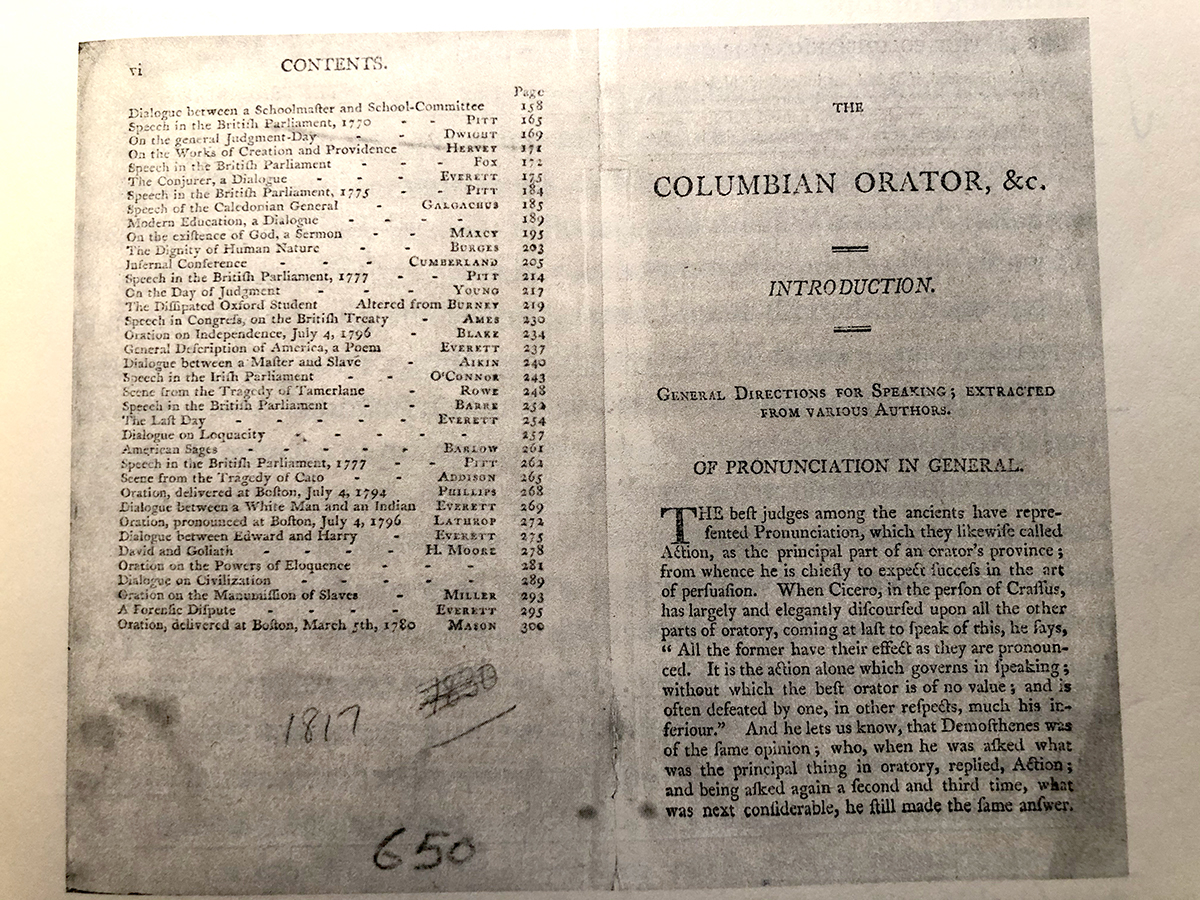 At the Auld household, what Sophia did was reasonable and kind as a Christian woman: she began to teach 10-year-old Frederick to read. The young boy, who had been isolated from all books on the plantation, reached a new level of joy as he learned each new word from the King James Bible. Then there were hymns he began to learn to read and sing. Frederick blossomed as never before in the company of books.

When Hugh found out his wife was teaching Frederick to read, he came down hard on his wife and suddenly, without warning, the warm friendship of teacher to student was broken forever. Literacy is power, and power must be crushed for the slave. But the damage was done. Frederick was famished for more literacy.

Providentially he learned from his young (almost) brother, Tommy that the main text used in local schools for rhetoric was a much published (1797) volume compiled by Caleb Bingham entitled the Columbian Orator. Frederick had to have a copy of this book.

Purchased for 50 cents, it was Douglass’s first major purchase of his life. It became the textbook that set his life on a course to be one of the greatest orators of the 19th  century. As his biographer, David W. Blight, observes, he carried it “…as almost his sole worldly possession when he escaped to freedom at age twenty.”[1]

At the age of 11, it is remarkable that a slave would find this so valuable. Its contents included essays like the following:

-The Dignity of Human Nature

-Oration on the Powers of Eloquence

-On the Existence of God, a Sermon

And here is my point: with very little support or encouragement Frederick Douglass, driven by his own zeal for knowledge, became a great preacher and public orator. A single volume, providentially, gave him arguments for God, for what is righteousness and justice, for the dignity of all humans (including blacks and indigenous Americans) and specific tools for communicating with power to influence others. And he learned history.

History provides us with many inspirational models and examples as we prepare for leadership in Christ’s Church. Such a thirst for knowledge, and willingness to sacrifice is inspiring. Even more so it is inspiring to see how God can use such a person with a zeal for knowledge to bring about good.

May we carry this same zeal as we start a new academic year at the seminary.

[2] The terms “slave” and “owner” are used in this post in keeping with the aforementioned text, but Gordon-Conwell affirms the usage of the terms “enslaved person” and “enslaver.”