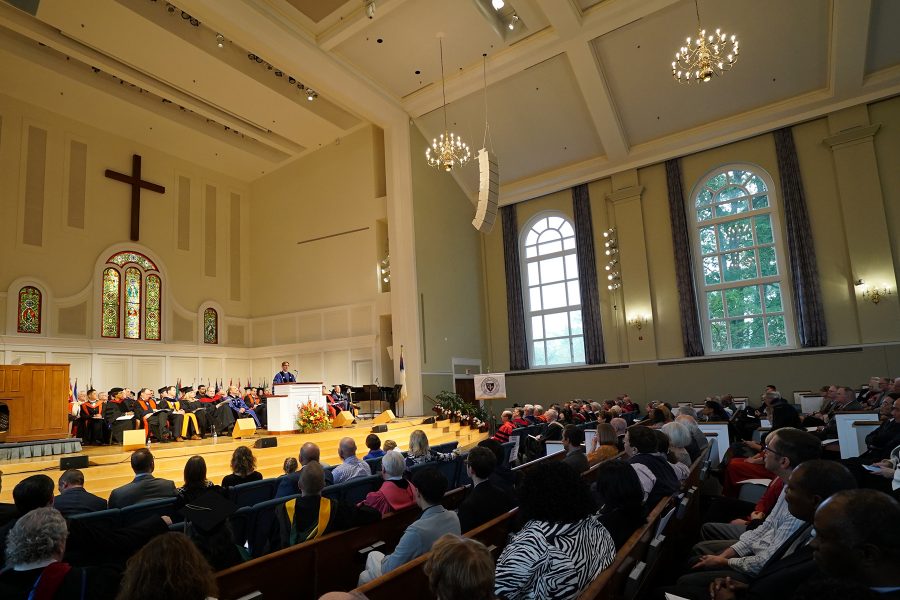 [This is part 1 of a 7-part series on the community vision for Gordon-Conwell Theological Seminary. To become a thoughtful, loving, Christ-centered community of global discipleship. All blog posts in this series are available under the GCTS Vision tag.]

“I believe our vision must be the following: to develop a thoughtful, loving, and Christ-centered community of global discipleship.”

Just over a week ago, on October 11th, I announced this at my inauguration and then reaffirmed it at our 50th-anniversary banquet. I provided a brief explanation in the following words:

Such a statement pushes against divisions, pride, racism, and the oppressive Enlightenment milieu that fears both emotion and integration. Such a seminary lifts up unity and reminds us that loving one another is part of our curriculum. In fact, our curriculum is meaningless without it. “Whoever claims to love God yet hates a brother or sister is a liar. For whoever does not love their brother and sister, whom they have seen, cannot love God, whom they have not seen.” (1 John 4:20, NIV)

I will be talking about the keywords in this statement in the future, but for this post, I would like to briefly discuss the first keyword: “thoughtful.” Both the Boston Missionary Training Institute (later Gordon College) and Temple College (later Temple University and Conwell School of Theology) were founded by Ivy League students. Russell Conwell attended Yale College, and A.J. Gordon attended Brown. The enterprises they founded and developed were always thoughtful and broadly academic. They engaged in missionary training, and in music and worship. Their education was both practical (focused on local church ministry, the city, and foreign missions) and theoretical. Both were very strong on extensive knowledge of and application of all of the Bible.

Today such thoughtful education will continue to be extensive, theoretical, practical and intercultural. We will not be teaching the same content. Conwell’s much-repeated “Acres of Diamonds” sermon teaches a good lesson (finding riches and ministry where you are), but it is a very 19th-century allegorical piece. Gordon’s premillennial eschatology drove most of his teaching, preaching and his understanding of mission. We are not so absolute about such an eschatology today.

Still, Gordon-Conwell’s future will be thoughtful, forward-looking and broadly academic. We believe that all truth is God’s truth and therefore we will read widely and integrate psychological studies in our counseling program, and anthropology and urban studies in our training of missionaries and pastors.

Integration is a good word for a thoughtful seminary in the future. What this means is that we will push against the Enlightenment assumptions that divided knowledge into silos. In my own work in historical research, I rely on studies in economics, demographics, anthropology and religious studies to explain Christian history as a global movement.