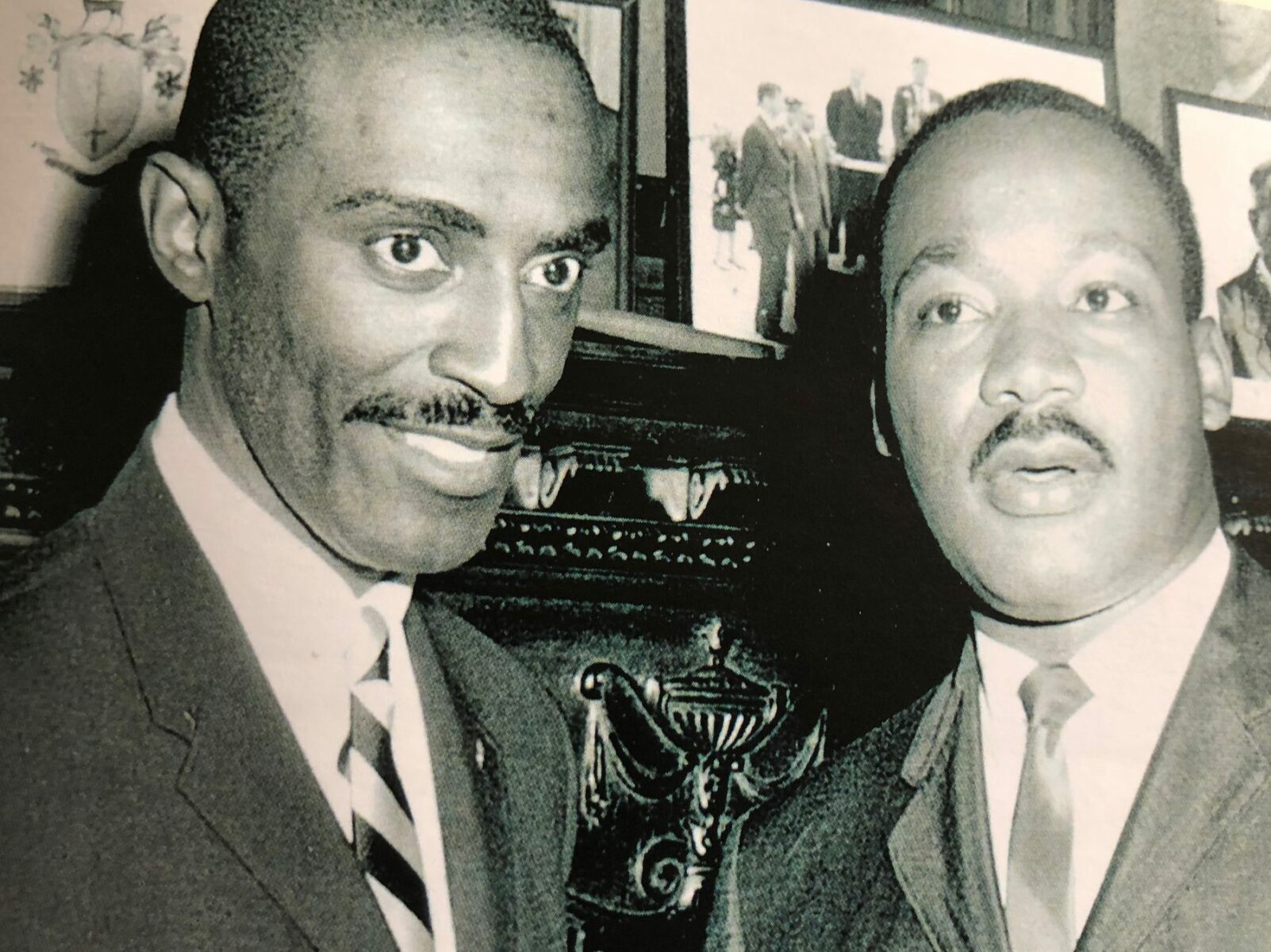 The Reverend Dr. Michael E. Haynes was a real Christian; so his good friend Louis Farrakhan of the Nation of Islam shared at Haynes’ memorial service.

As a real Christian, Michael helped Farrakhan to see Jesus, even come toward Jesus. Haynes, seeing that Farrakhan needed to a better experience of Christian community brought him to a Baptist Church where there was more life and joy. As a real Christian, Michael E. Haynes wanted all people to come to Jesus and let Jesus change them, and then to change the societies in which they lived.

Haynes said his approach was simple:

Haynes memorial service on September 21st was as an amazing array of music, praise, testimony and Gospel preaching. It was the way he wanted it, for he meticulously planned every part of his service. We were reminded of his Christian service with Martin Luther King, Jr. as well as his advising role for one President and for governors and mayors.

I learned a lot about this man who, for 6 months was one of my bosses as an active Board member of Gordon-Conwell to the end. From an immigrant family from Barbados, Michael Haynes was a faithful son to Boston and specifically Roxbury. As a minister of the Gospel he reached out to young men on the streets of Roxbury. Also, as a Gospel minister his pastorate of the historic Twelfth Street Baptist Church is one of the more amazing Christian stories of Boston in the 20th century. The church became “an active 7-day a week institution focusing on evangelism, social action and education….[with] a pre-school, after school tutorial program, residential center, drop-in center recovery program, a thrift shop, food pantry, bookstore, audio-visual ministry and recording studio, and an affordable housing development.”[1] Twelfth Street became a valuable Kingdom presence in Roxbury.

As a Christian leader in the public arena, he served in the state senate representing his beloved Roxbury and the South End for three terms. He also served for decades on the Massachusetts Parole Board, seeking mercy and restoration in these important decisions.

There is much more that was shared at the Thanksgiving service, but what stood out to me was the integrity and courage of a man bound to and bound by the Gospel. He bridged the divisions of race, language, and even the divisions within evangelicalism.

Orthodox Christians have icons of saints that help them live lives more like Christ. We have biography; the stories of the great Christian leaders of the past. Michael Haynes is one of those. He helps us to live our lives more into the very life of Jesus Christ.

“Thank you, Jesus for Michael Haynes. Help us, like Michael, to be more thoroughly Christian in all we do and say. Amen.”