In March 1965, our founder David B. Barrett launched the Unit of Research of the Church of the Province of East Africa. Our first research center was housed in the headquarters of the Anglican church in Nairobi, Kenya. Its original purpose was for research, study, and communication on problems of religion in society in East Africa and beyond. It had a special interest in Christianity, evangelization, ecumenical relations, and church growth. The Unit of Research was primarily concerned with the sociological study of religion and its relation to the churches of East Africa. It produced 18 publications in its first three years. It later expanded to include research in all of Africa and, eventually, the whole world. Remarkably, the World Christian Encyclopedia was produced in the late 1970s out of its African home. Time Magazine called it “the miracle from Nairobi.”

In 1985, Barrett moved to Richmond, Virginia where he was a research consultant with the Southern Baptist Foreign Mission Board. He began work on databases and published a series of books on cities, chronology, and global plans for mission. I joined him in the summer of 1989 and we published a number of shorter books together before signing a contract with Oxford University Press for the second edition of the World Christian Encyclopedia. By then, Barrett had renamed the Unit of Research, the “World Evangelization Research Center.” We had a modest suite of offices in Richmond and moved three times before we ended up in the basement of a Presbyterian church.

After the publication of the 2nd edition of the WCE, Gordon-Conwell invited me to move up to their Hamilton campus where I established the Center for the Study of Global Christianity in March 2003. I brought over 10,000 books and one million documents with me and, for a time these were in storage, while I worked out a small office. In early 2004 a former preschool space opened up in what was married student housing. This enabled us to unpack everything and build a proper research library. We produced the Atlas of Global Christianity in this space and launched our 10-volume Edinburgh Companions to Global Christianity project.

In 2007, Dr. Gina Zurlo joined our team as a graduate student and soon became associate director. After finishing her doctoral work at Boston University (on David Barrett) she became co-director and we finished the World Christian Encyclopedia, 3rd edition in late 2019. 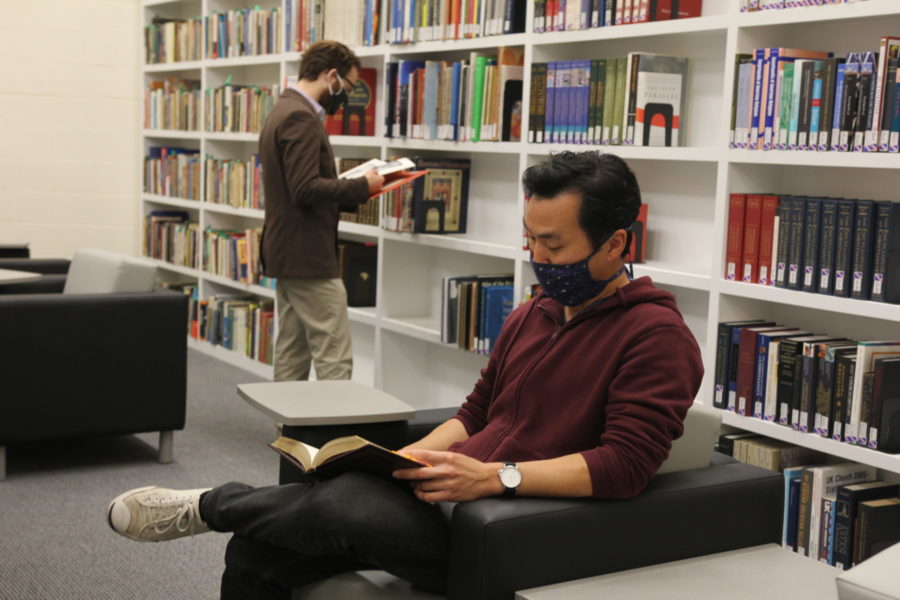 In 2020, work began on the renovation of a former large lecture hall on the campus of Gordon-Conwell Theological Seminary. The new space includes offices for student workers, a staff break room and dining area, a conference room, David Barrett’s archives, and a fully functioning research library. The library is focused on global Christianity, global development, global leadership, global Christian history, global religions… You get idea: this is a truly global enterprise, not focused on the Western world. Today, Wednesday, November 4, 2020 is the official opening of our new space. We plan to continue our research here with our ongoing Edinburgh Companions to Global Christianity series, our Women in World Christianity project, detailed studies of India and Mongolia, and many other smaller projects, books, and articles. If you are ever in the Boston area, drop by and see our new digs!