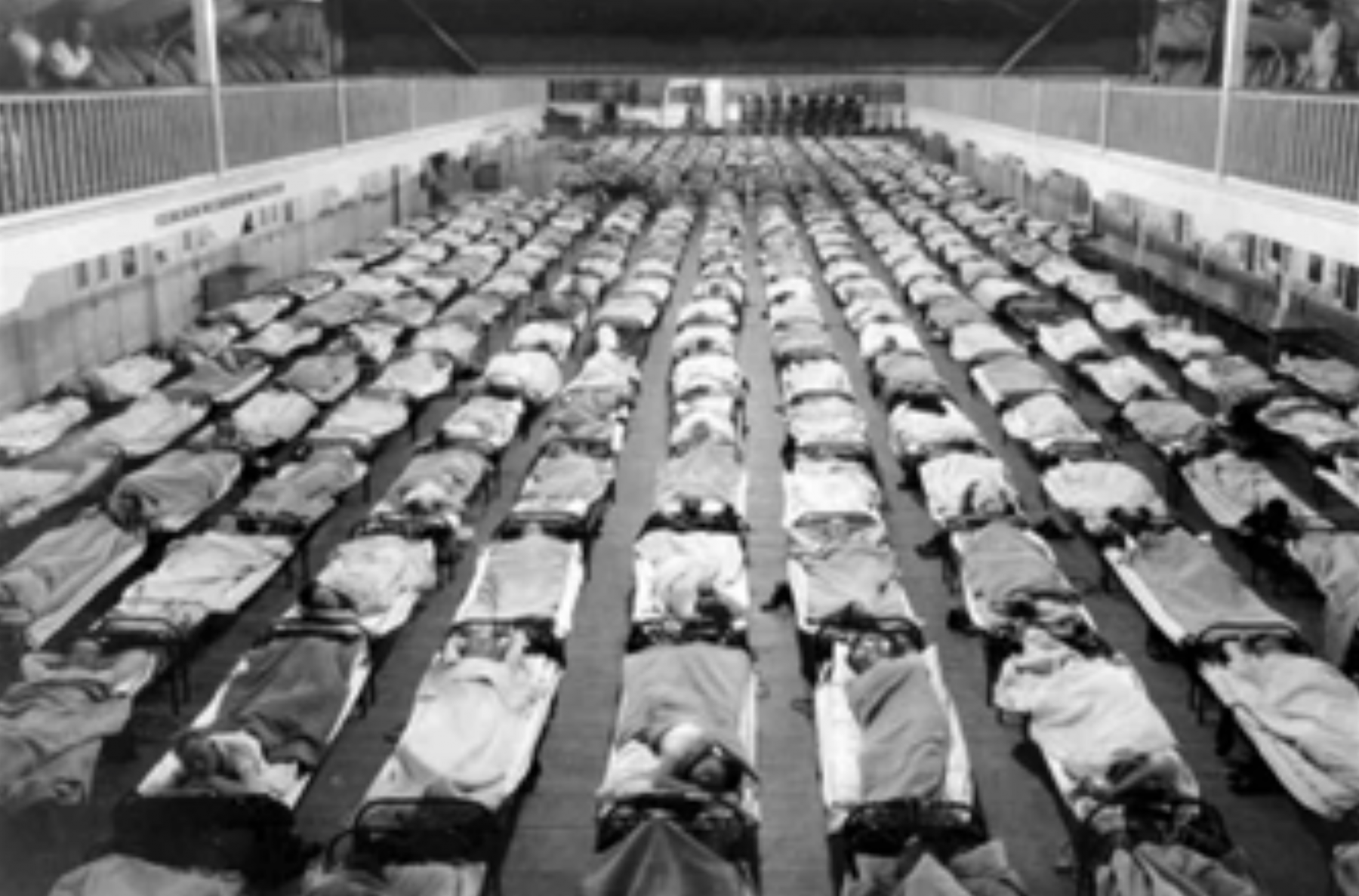 The most recent global pandemic was the 1918–1919 Spanish flu epidemic, not SARS. SARS (severe acute respiratory syndrome) in 2002 and 2003 had a global death toll of about 800. It was frightening at the time, but mostly it seemed frightening because it was new and unknown. Both modern science and coordinated responses prevented it from spreading. However, the unknown can send us into a panic. This may be where we are now.

The 1918 flu pandemic, caused by a new virus (also jumping from animals to humans), was very different from SARS. The Spanish flu recalibrated all of global history. Caused by an H1N1 virus probably from birds, it spread early among the military at the end of the Great War. The U.S. Center for Disease Control and Prevention estimates that the flu infected 500 million people (about one-third of the world’s population). At least 50 million people died from the flu for a 10% mortality rate.

Previous pandemics were more regional in their impact. Global pandemics are one of the side effects of globalization, which began in the sixteenth century. The bubonic plague was brought to Europe in 1330 from China via rats and fleas. The death toll ranged from 50% (bubonic) to nearly 100% (pneumonic). In five years about one third of Europe was killed.

Indigenous populations in the Caribbean and North America were decimated by human diseases (not from animals), reducing the population of indigenes by 80–90%.

What we are now living through is not presently a pandemic, but a known virus that has a mortality rate of about 3.4% overall, according to the World Health Organization. For those under 50 years old, the mortality rate is about 0.4%.

I am not a medical doctor but a doctor of the Church. Our Christian faith must shape our thoughts, prayers and life as we face this unknown. A few thoughts come to mind in how the Church responds to this public health scare.

First, we are people of faith and hope. Therefore, panic and anxiety must submit to hope in our own thoughts and in our Christian communities.

Second, Christians have been “first responders” to disasters, famines and pandemics from the very earliest days of the Church. Rather than responding by fear and self-protection, Christians offer to serve and “lay down their lives for their friends.” Christian witness shouts louder at such times as we simply live out our theology.

Third, since we love God with all of our minds, we should be thoughtful. In our living, thinking, and helping others, we must make wise decisions about adjusting our lifestyle to reduce illness. We must help to reduce the spread of the disease but do so with our eyes wide open: this is not the plague, but it is very dangerous for people over 65.

Finally, we are people of prayer. At times like this, with the global economy, travel, church meetings and classes in schools all being curtailed, we should pray. We pray as people of faith. God listens to our prayers, and God answers prayers.

So, as people of hope, times of anxiety are times when the hope and love of God can shine brightly.

“Then you will shine among them like stars in the sky, as you hold firmly to the word of life.” (Philippians 2:15b)