Remembering the Legacy of Our Friend and Mentor, Dr. Haddon W. Robinson 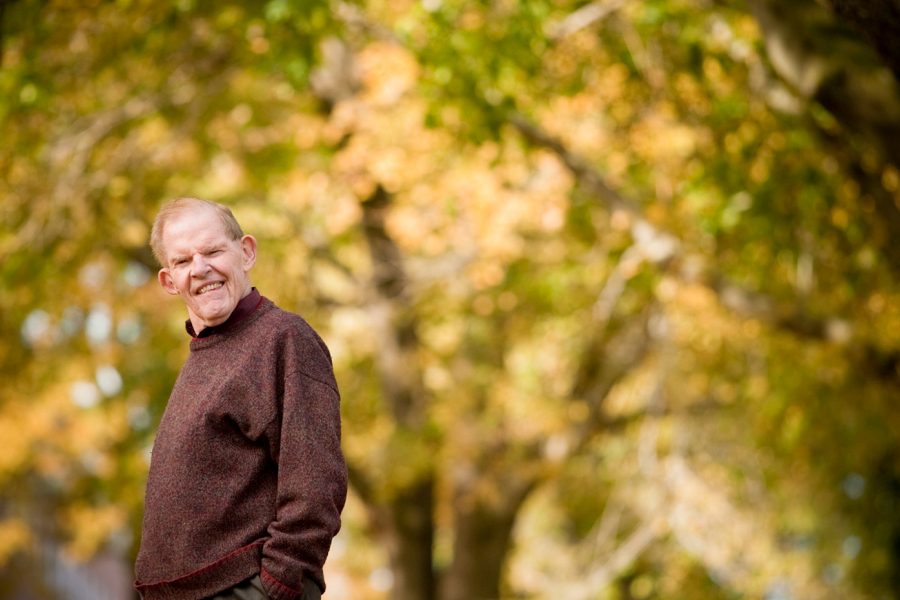 Haddon Robinson was not just a great preacher and professor of Preaching. He was also a mentor to many, including myself. When I arrived at Gordon-Conwell Theological Seminary as President in the summer of 2008, Haddon was completing a one-year interim presidency. He met with me bi-weekly throughout my first year as I transitioned into the role. I continue to thank God for his mentoring.

In those meetings with Haddon, he listened, asked thought-provoking questions and offered wise counsel and insights. His knowledge of the challenges, and his wisdom for making decisions facing the seminary were invaluable to me as I inherited the mantle of leadership from him. Haddon frequently reminded me that he and his wife, Bonnie, were regularly praying for me.

Through those mentoring sessions it occurred to me that what Haddon was imparting was precisely what we needed to be doing as a seminary in the formation of pastors, missionaries, teachers, counselors and para-church workers. Yes, Haddon was a great preacher and we want to continue that rich legacy in our graduates. But he also knew that all forms of ministry call for wise leadership, high moral character and a deep walk with the Triune God.

Most people will remember Haddon for his clear sermons and his teaching that built precision, clear exegesis, and relevant application into our own preaching. But I will also remember him as a mentor who encouraged me, sustained me and enabled me to avoid some grievous leadership pitfalls. I desire the same for all of our students at Gordon-Conwell.

Dean of the Doctor of Ministry Program & the Ockenga Institute, Associate Professor of Pastoral Theology
Haddon Robinson is primarily known as a creative communicator and influential author –and rightfully so. Less well known, but equally important to his legacy, has been Haddon’s role as an innovative educator, particularly in reshaping the character of the Doctor of Ministry Program at Gordon-Conwell and beyond.

Working with his colleague, Alice Mathews, Haddon reconfigured the program from being course-based with a student taking various courses with various professors  —what I call “masters on steroids”— to cohort-based with specialized tracks. This approach creates a mentored learning community, focusing on a shared passion for a particular area of ministry among the same group of students and faculty over the course of three years. Students learn with and from one another, sharing life as well as learning.

As hundreds of Haddon’s D.Min. students would attest, the result has lit fires in the spirit of learners ever since, fulfilling his own definition: “Education isn’t filling a pail with information; it’s lighting a fire in the spirit of a learner.” D.Min. programs around the world increasingly have adopted this cohort model that Haddon helped to pioneer, often consulting with Gordon-Conwell in the process.

Haddon served as Senior Director of the D.Min. Program when I became Director, and continued teaching and mentoring until his retirement. I was a little apprehensive about working with a “big name,” but I quickly discovered that his heart was far bigger than his name. He never told me what to do, but he was always available for me to talk and pray through decisions, saving me from many missteps. I’m reminded of his legacy each day as I sit at what was his desk in what was his office, knowing that I can never fill his shoes, but hoping that I can continue to guide the program on the path that he laid out.

While Haddon Robinson will be missed by me and many others as a communicator, author, educator, and mentor, he will not be forgotten. His death is a great loss, but his hope in Christ is even greater, as he is now experiencing even more fully. We celebrate his life as we seek to serve Christ as he did, by faithfully preaching, teaching, and living out the Word of God.

Haddon W. Robinson Professor of Preaching and Ministry
There are those who are deluded, who think more highly of themselves than they ought—legends in their own minds. Haddon Robinson was not a self-absorbed, self-deceived legend. But to be sure, he was a legend, while living and now in his death. Haddon W. Robinson was the dean of evangelical preaching, a masterful preacher himself, and the author of one of the most significant textbooks on homiletics, Biblical Preaching.
For 21 years I served as a colleague in teaching preaching with Haddon. I was a neophyte professor of preaching whom he took under his wing and showed me the ropes. I began teaching preaching in the fall of 1991 and he started his time in the classroom at Gordon-Conwell in the spring of 1992. He mentored me as we ate, drank and talked homiletics.
Those 21 years were golden. Students were being turned on to preaching and turned into preachers. They were seeing the connection between biblical exegesis and biblical preaching—all because of Robinson’s commitment to, and philosophy of, preaching.
Haddon Robinson not only taught me about preaching, but also about ministry, life, generosity and leadership. He invested in people. His Doctor of Ministry students would attest to that. He also invested in me, for which I’m grateful to him and to our Lord.
When my wife, Rhonda, and I were married, there were two people we wanted to conduct our wedding: Haddon Robinson and Ken Swetland, Senior Professor of Ministry, who both shared the honors.
Haddon Robinson was a legend, a legendary preacher whose impact will long be felt in future generations of students and in their churches. I’m privileged to have known him as a mentor, colleague and most of all, friend.