Leaning Into Reality & Leading a Seminary Out of Debt 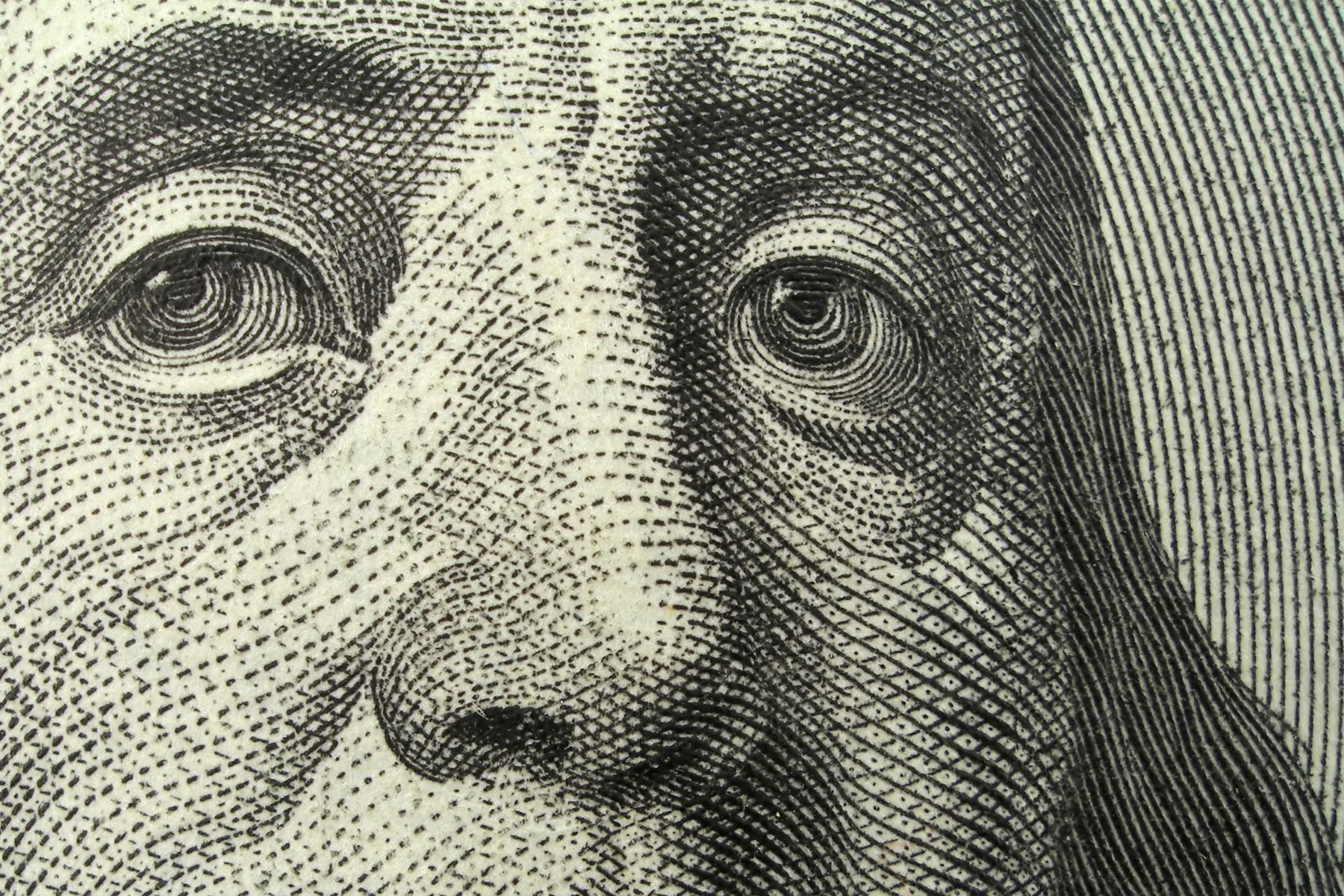 When Scott W. Sunquist was installed as the seventh president of Gordon-Conwell Theological Seminary on October 11, 2019, his plan was to deepen and broaden the seminary’s already rich tradition of scholarship, its commitment to scripture and worldwide mission. His inaugural message culminated in the watchwords intended to guide the school’s future: ”Together, we are a thoughtful, loving, Christ-centered community of global discipleship.” A few weeks before his formal inauguration, however, Sunquist was surprised to discover the first leg of his presidency would also be overwhelmingly measured by something else: stewardship. In other words, money.

On September 20, 2019, Sunquist received a call from Barbara Brittingham, president of the New England Commission of Higher Education (NECHE) to inform him that NECHE was issuing a public notation to Gordon-Conwell that the seminary was “in danger of not meeting the Commission’s standard on Institutional Resources.” In other words, NECHE was concerned Gordon-Conwell might not have enough money to fulfill its mission.

As the seminary invested in personnel and resources to respond to dramatic enrollment peaks and valleys over two decades, Gordon-Conwell also increasingly took on debt. It was a known issue, though the severity of the problem was muted by the complexity the institution. “With 4 physical campuses, Global outreach programs, and an array of centers, GCTS finances are not simple,” notes Jay Trewern, Chief Financial Officer. “Endowment funds are restricted in use, but the value of the endowment can create an impression that things are ‘fine’ when there is more operational urgency than might appear.”

Understandably, then, the NECHE notation did not catch Gordon-Conwell entirely off guard. In fact, on September 5, 2019, fifteen days prior to Brittingham’s call, Sunquist convened the first of many subsequent “Town Hall” meetings announcing a series of organizational commitments called The Five Adjustments. “In order to move toward an education model that is economically viable while remaining true to our unchanging mission, we are pursuing five concurrent adjustments: 1. Increase enrollment, 2. Increase giving to the seminary, 3. Expand revenue opportunities in our centers, 4. Reduce the number of degrees, 5. Simplify structures, policies & procedures.” Sunquist’s Five Adjustments were intended to be a set of an internal commitments quietly undergirding his inaugural watchwords. NECHE made them much more public and ensured that stewardship would dominate Sunquist’s first years as president of Gordon-Conwell.

The response was swift. In his first six months, the faculty agreed to consolidate the number of degree programs from 27 to 7. Money was raised to endow a position overseeing all external programs with a requirement that centers become income producing. The seminary launched a new website resulting in dramatic increases in traffic, engagement, and prospective student inquiries. Improvements in digital marketing and more efficient technologies allowed admissions personnel to strategically reallocate their time. The seminary was turning a corner in the enrollment process.

And then COVID… When it rains, it pours.

Actually, Sunquist offers an alternative picture. In another Town Hall, he likened Gordon-Conwell to a caravan in the desert. “The caravan is running low on resources (water) and unsure of how to make it successfully to the next oasis. That is the underlying debt brought to the forefront by the notation from NECHE. Then, unexpectedly, the caravan is swallowed in a sandstorm. That is the global pandemic.” Sunquist is a church historian, missiologist, and pastor; so the likeness to biblical Israel is an occupational hazard, but you get the picture. In addition to responding proactively to debt, Gordon-Conwell has had to react (with the rest of the world) to a sandstorm of pandemic complications.

Still the caravan plods forward toward Sunquist’s five adjustments. Payroll had to be reduced suddenly; restructuring made some positions redundant, allowing for painful but necessary cuts to staff. Faculty was reduced by four in Sunquist’s first year and another two in the current year.

Physical campuses were shuttered. Online teaching modalities at home in parts of the seminary were adapted to the whole. “Last year was complex,” says Stephanie Edwards, Executive Director of the Boston-Theological Interreligious Consortium (BTI). “Not all of our schools were able to pivot quickly to address COVID. Many of our larger, research-based schools simply did not have online education sufficiently on their radar. Because of Gordon-Conwell’s expertise in the online space, however, Gordon-Conwell was able to pivot quickly to the needs of COVID. I heard absolutely no issues (which is very good). Cross-registered BTI students were able to register at Gordon-Conwell without skipping a beat, and the GCTS professors provided everything our students needed. Gordon-Conwell was ready to go, and able to succeed in an online modality, when many of our other schools were not. It is a testament to what Gordon-Conwell is doing.”

Seven members of the Board of Trustees formed a corporation to purchase (June 2020) and sell (November 2020) a parcel of undeveloped land on the side of the Hamilton Campus. The trustees served as guarantors to fund the complex transaction, enabling the seminary to realize a timely sale of 19.75 acres which had been on the market for a few years. The radical investment by the Board of Trustees demonstrated their deep commitment, both philosophically and financially, to Gordon-Conwell.

On April 23, Scott Sunquist received another phone call from the president of NECHE (now Dr. Lawrence M. Schall). Between phone calls from Brittingham and Schall, Gordon-Conwell submitted a 132-page accreditation report in November of 2020, underwent a 3-day virtual “site visit” in February of 2021 (a formal review process involving dozens of faculty, staff, students, alumni, and board), submitted a follow-up report in April 2021, and a final interview between the commission and primary leadership of Gordon-Conwell. This time, the call was good news. Full details are still pending from NECHE, but the commission is affirming the substantial progress Gordon-Conwell has made since the announcement of the five adjustments in September of 2019.

“Unmanageable debt is evil,” says Sunquist. “Good people are trusting us with their donations, and we owe it to them to use their money with integrity: to help future pastors, counselors and missionaries preparing for their future leadership.“ Eradicating debt and pursuing economic viability has largely dominated the first two years of his presidency. But in the midst of these concerns the seminary will soon be unfolding a strategic plan for the coming decade. Meanwhile, the caravan continues to plod forward together. 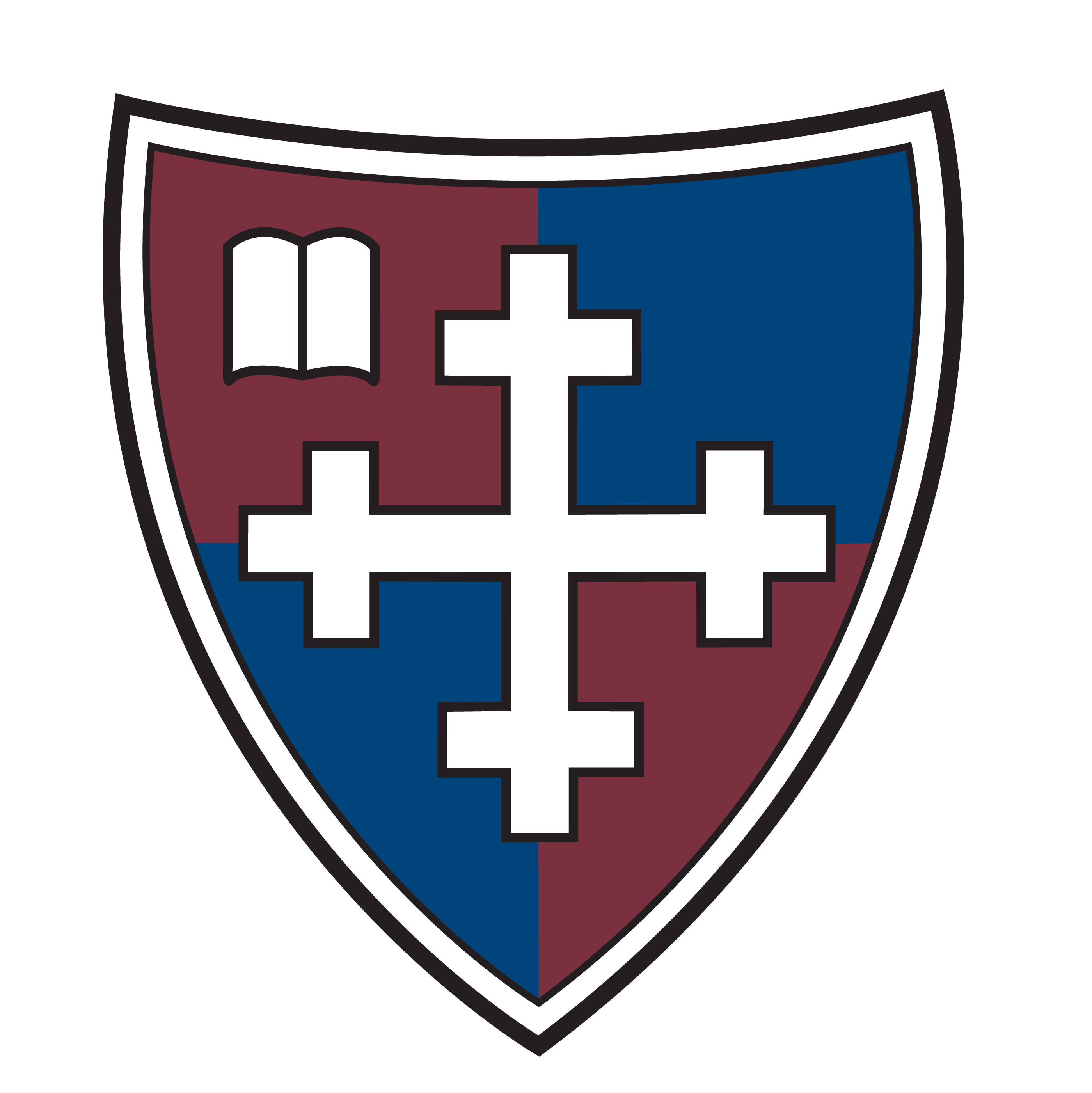 Gordon-Conwell Theological Seminary is a multi-denominational Christian seminary founded in 1969 when the famed evangelist Billy Graham, noted theologian Harold J. Ockenga, and philanthropist J. Howard Pew united Gordon Divinity School and the Conwell School of Theology. Its mission is to prepare men and women for ministry at home and abroad. As a theological seminary, Gordon-Conwell provides learning, resources, and training through which men and women may acquire knowledge, gain skills, and develop attitudes needed in Christian ministry. Fifty years later, Gordon-Conwell now serves approximately 1500 students representing 75 protestant denominations from 50 countries on four campuses. These students will join 11,000 alumni who minister in all 50 states and nearly 100 nations around the world. Gordon-Conwell’s leadership, faculty, staff, students, and alumni — spanning our 50 years of history and diverse regional communities — are united by a common set of values: Together, Gordon-Conwell seeks to be a thoughtful, loving, Christ-centered community of global discipleship. 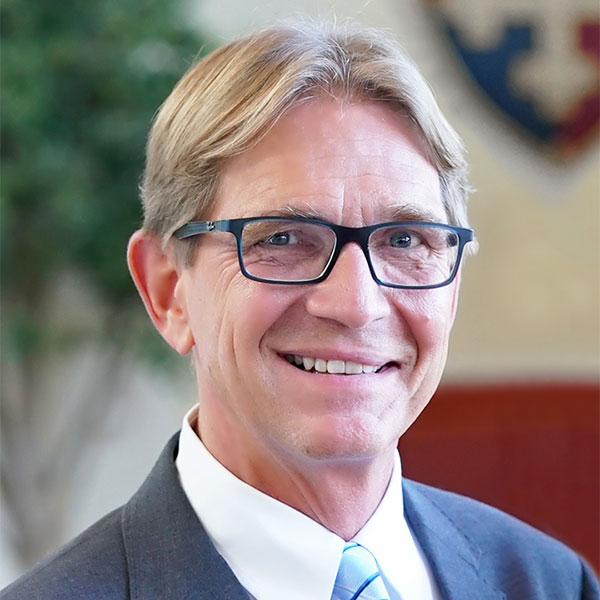 Dr. Scott W. Sunquist assumed the presidency on July 1, 2019, and was inaugurated as the seventh president of Gordon-Conwell Theological Seminary on October 11, 2019. For the previous eight years, Dr. Sunquist served as the Dean of Intercultural Studies and Professor of World Christianity at Fuller Seminary. Prior to this, he taught for seventeen years at Pittsburgh Theological Seminary. He is an ordained minister in the Presbyterian Church (USA). Dr. Sunquist and his wife, Nancy, served as missionaries in the Republic of Singapore from 1987–1995, where he was the pastor of Covenant Presbyterian Church and lecturer in church history, ecumenics, and Asian Christianity at Trinity Theological College. Before this, he was a campus staff member with InterVarsity Christian Fellowship in Virginia and Massachusetts.

Dr. Sunquist is married to Nancy Sunquist. They have four adult children and nine grandchildren. 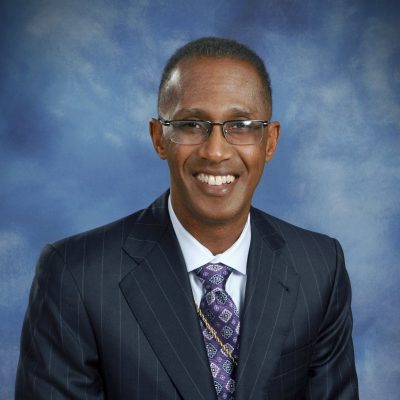 Since May of 1981, Claude Alexander has sought to serve God and community. Having accepted the call to ministry at the age of 17, he endeavored to prepare himself by obtaining a Bachelor of Arts degree in Philosophy from Morehouse College (1985), a Master of Divinity Degree from Pittsburgh Theological Seminary (1988), and a Doctor of Ministry Degree from Gordon-Conwell Theological Seminary (2004). Bishop Alexander has served as the Senior Pastor of The Park Church in Charlotte, North Carolina for the past 30 years. Under his leadership, The Park Church has grown from one local congregation of 600 members to a global ministry of thousands with three locations and weekly international reach.

Currently, he serves on the boards of Charlotte Center City Partners, Christianity Today, Mission America Coalition, Council for Christian Colleges & Universities, InterVarsity Christian Fellowship, and Movement.Org. He is the Chair of Gordon-Conwell Theological Seminary Board of Trustees.

Bishop Alexander is committed to his family above all else. He is married to Dr. Kimberly Nash Alexander and is the proud father of two daughters, Camryn Rene and Carsyn Richelle.