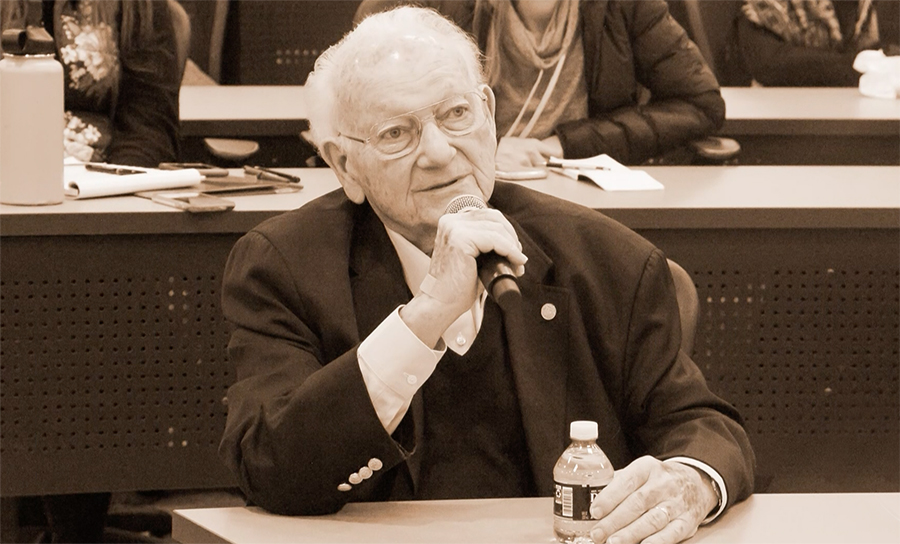 Robert E. Cooley, the second President of Gordon-Conwell Theological Seminary, passed away on Maundy Thursday. The following was the memorial I gave at his service on April 7th at the chapel on the Charlotte campus.

More than any other single individual, Bob Cooley shaped one of the most influential and important seminaries in North America. It is unlikely he will ever be dethroned from that position as architect of Gordon-Conwell Theological Seminary.

Bob was not the pioneer who brought the two schools together and who hired the first faculty: that was the work of Harold Ockenga and others. He was, however the strategic, strong, steadfast, stewarding hand who built the lasting structures which we have inherited today. It is important to remember a few of the foundations of Gordon-Conwell that we still stand on today that Bob built.

Bob began raising money for endowments. He realized the need for seminaries and philanthropists to work as a team in training church leaders. With strong financial support he made clear the need to attract the best Christian scholars from around the world. To do this he established distinguished chairs with ongoing funding through endowments. Bob established the structure for the seminary, guiding in the formation of the three divisions we have, and he worked with the administration to maintain our accreditation with ATS. The faculty handbook and statement of faith are ongoing evidence of his guiding spirit. And, as we have heard, Bob recognized the large number of students coming from the Southeast (yours truly being one of them) and so he established the Charlotte campus to serve the Carolinas.

In fact, Bob’s leadership at Gordon-Conwell was so remarkable it spilled over into the Association of Theological Schools where he was recognized as a genius of higher education administration. He wrote articles for ATS, with visionary wisdom and sensitivity, and then he later served as President of ATS.

In retirement (did Bob retire, really?) I visited Bob 6 times, each time for two hours or more. Whether in his condo, or in a restaurant, his phone would vibrate a number of times during our meetings. Mine did not! “Oh, I won’t take that. Another seminary president. They think I may be of some help, but mainly I just listen to them.” In retirement Bob was the wise Christian guru for seminary presidents. The only phone call he answered when we were together was when his son Jerry called. Bob had his priorities.

You may forget all I just said, but please remember this last paragraph. Bob was not just a strategic architect, administrator, advisor, and visionary regarding the future of theological education in North America. As important as this was to the future of Gordon-Conwell, Bob carried out all of his tasks as a pastor, as a friend, with the loyalty of “family.” In short, Bob was a Christian. Bob listened with the ears of Christ and prayed with the heart of Christ. Bob’s humility and gentle demeanor pointed to Jesus Christ, who was his first love. His love for the seminary and devotion to Eileen and his two boys, came from this overflowing love from and for Jesus Christ.

I believe Bob would want me say one brief word to you all today. So, take this, if you will, not as my words, but as words from Bob who was our father, our uncle, our former boss, our colleague, our advisor, and our friend; from Bob Cooley in glory.

“Scott, tell them to trust Jesus. Everything else flows from that.”

[Gifts honoring Dr. Cooley can be given to the Robert E. Cooley Scholarship at Gordon-Conwell Theological Seminary.]