A video recording of Dr. Cooley’s memorial service is available at the end of this article. 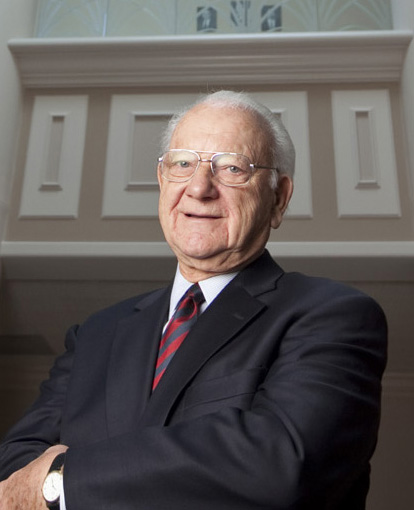 Gordon-Conwell Theological Seminary’s second president, scholar, and champion, Robert E. Cooley, passed on April 1 from this life to claim his eternal rest and great reward. Having followed in the footsteps of the seminary’s first president, the indomitable Harold Ockenga, Dr. Cooley not only gamely filled those shoes but took new ground to advance the seminary’s mission and reputation during his tenure (1981-1997). Under his leadership, Gordon-Conwell entered an era of robust, world-class scholarship along with increased admissions and the expansion of the campuses. Under his guidance, the Boston campus grew exponentially, and the Charlotte campus was born. “In the mid-80s Bob Cooley was years ahead of the time,” says Trustee, John Huffman. “The Charlotte campus offered a distinct alternative model to that of the residential South Hamilton. Cooley not only intuitively predicted the future but also came up with a model that incorporated the highest quality of remote learning combined with the Friday night/Saturday ‘being-there presence’ so important to ministerial mentoring.” 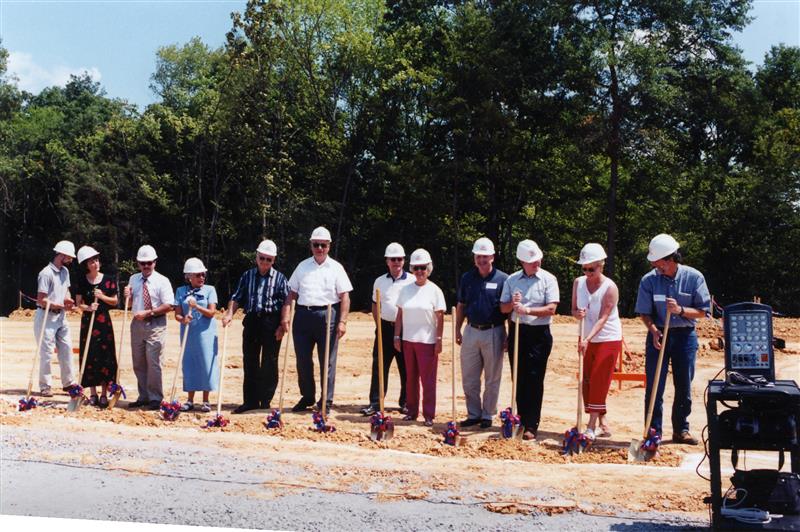 He earned degrees from Wheaton College, IL, studying biblical studies and archaeology, then a master’s degree in religious education, later attending New York University for doctoral studies in Hebrew studies and Near Eastern archaeology. He advanced in that field both in teaching and administration, with stints at several institutions, including (in part) Central Bible College, Wheaton College, Evangel University, Assemblies of God Theological Seminary and serving as director of the Center for Archaeological Research at Missouri State University in Springfield, Missouri. He oversaw a number of excavation projects, directing more than 80 study trips throughout the Middle East. 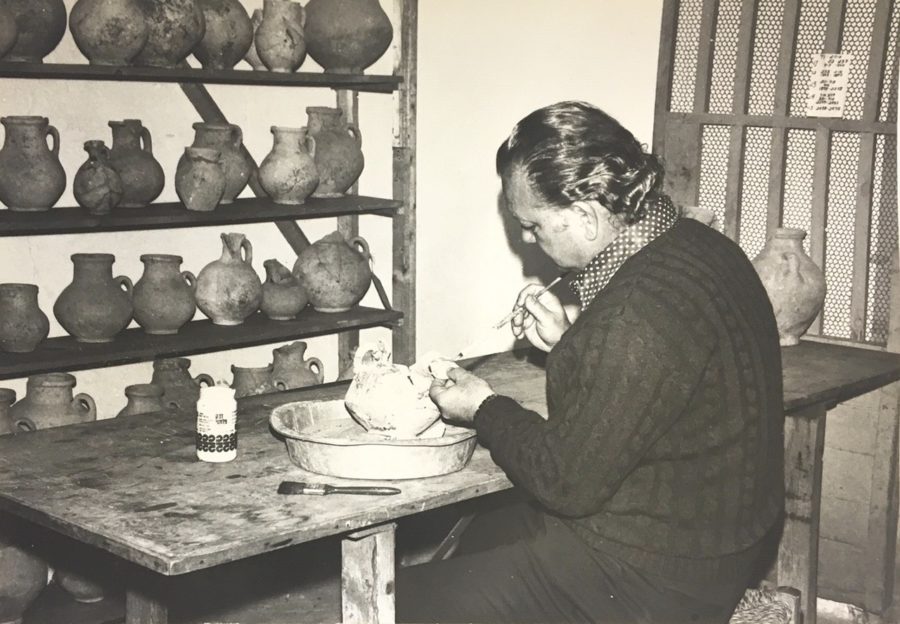 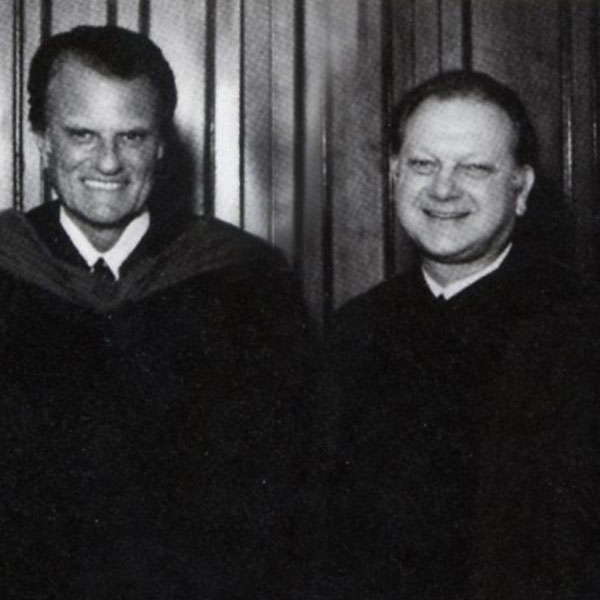 He was called to take the helm at Gordon-Conwell in 1981 where he applied innovative and visionary strategies to navigate the seminary (and theological higher learning generally) into the quickly changing era of digital learning and technology. David Currie, professor and dean of the Doctor of Ministry program, adds that Dr. Cooley likewise lent a welcoming hand to those in his own faith tradition, who sometimes were left on the fringe of theological higher learning: “I respected Bob for how he represented the Pentecostal community. He laid the groundwork for that community, signaling, ‘You can come to Gordon-Conwell and find a place where you will be respected.’” This sentiment, it could be said, was true of students of all backgrounds and faith traditions who came to the seminary under Dr. Cooley’s tenure.

Beyond his role as president, he carried the mantle of leadership in many capacities, serving on boards of multiple institutions and being a key player in many initiatives to enhance and advance biblical education. “In his years following his tenure as president, he was a much-valued consultant to many evangelical educational enterprises,” adds John Huffman. “As recently as the last few days Bob Cooley shared with long-term board member Leighton Ford new creative thoughts about theological education. To the very end he was a sharp-minded, pace-setting leader in American theological education, conceptualizing and administering cutting-edge residential, distant, inner-city, and international educational programs.”

Academician, administrator, visionary and scholar, he was most esteemed for his generous spirit and engaging and affectionate repartee with students, colleagues, and friends. President Sunquist said, “When I became president, the first person I talked to was Bob Cooley, in Charlotte, even before coming to Hamilton.” Dr. Cooley advised and encouraged the then-incoming president of his complete trust: “You can tell me anything. I’ve got lockjaw,” Dr. Cooley told him. 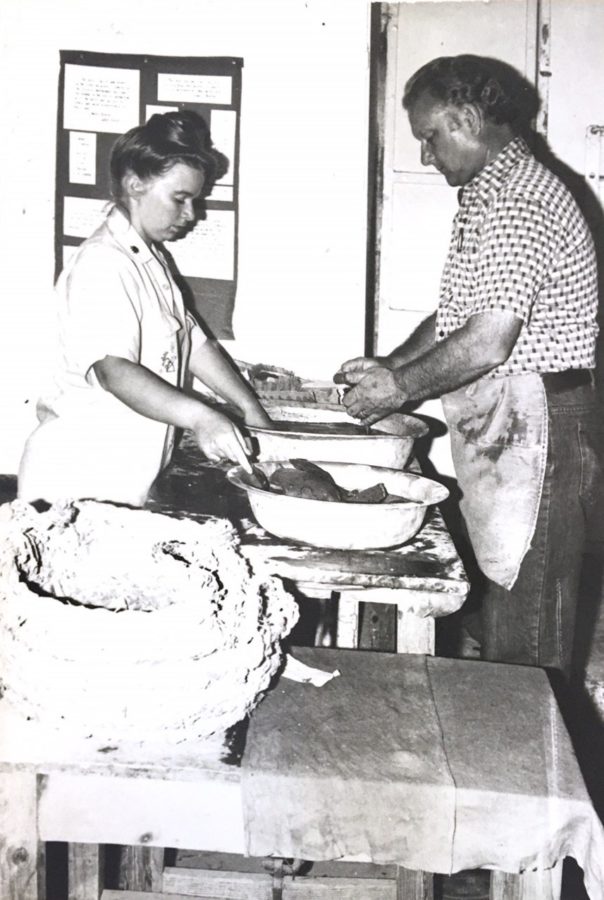 During his storied career as a biblical archaeologist, he focused what he called “household archaeology,” studying on a granular level households dating from the time of the judges through the time of the New Testament and early church. In one of his last public appearances on the Charlotte campus, November 2019, Dr. Cooley gave a lecture titled, “My Career Lies in Ruins,” highlighting the concept of households and how, in time of the judges, they were defined by community, smaller units operating under the bulwark of a larger network of identity and protection. Then, in the era of the New Testament, the concept took on a somewhat differing form under the Roman paradigm. Yet even under this model the household became the epicenter for the burgeoning Christian community that gathered in “house churches,” forging their identity as a larger new community of faith. The implications from the archaeological evidence, he concluded, was that being in a “household” was God’s intention for creation and that that model, under the new terms outlined by Jesus, included the family of believers: “Consequently, you are no longer foreigners and strangers, but fellow citizens with God’s people and also members of his household” (Eph. 2:19).  Bob Cooley concluded that presentation with a bequeathal to his students, colleagues, and — in proxy — to us all: “You represent the household of God. I love you. God bless you.” 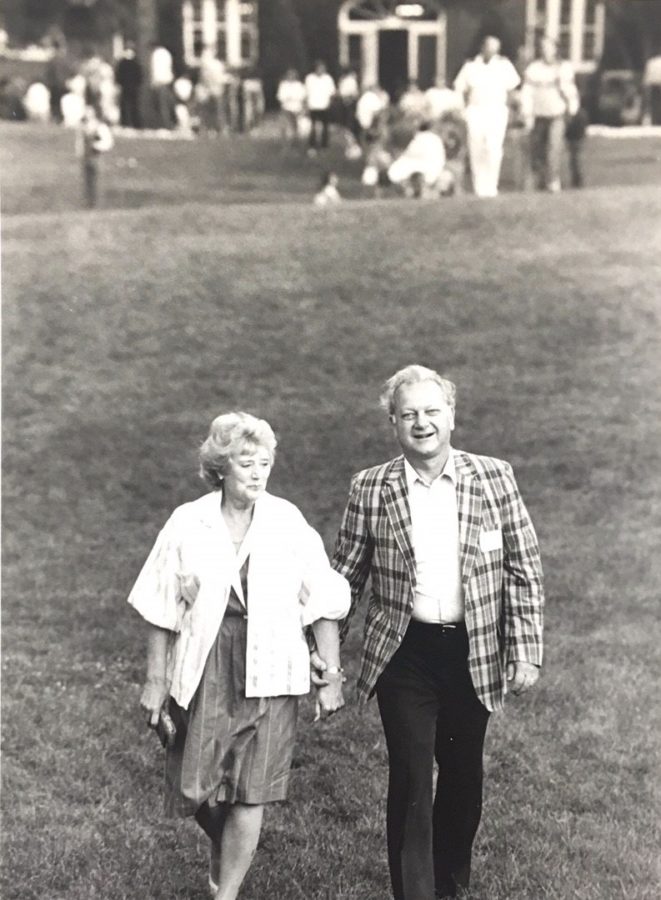 Dr. Cooley is predeceased by his wife, Eileen (1929-2018) and his son Robert C. (1963-2003), after whom Gordon-Conwell’s Robert C. Cooley Center for Early Christianity is named. He is survived by his son, Gerald and two grandchildren, Emma and Ethan.

Note: A memorial service for Dr. Cooley was held on the Charlotte campus on April 7. It can be viewed here.