Eileen Cooley, Wife of Former Gordon-Conwell President,
Robert E. Cooley Passes Away
SOUTH HAMILTON, MA (September 14, 2018) Eileen Hilda Cooley entered the presence of the Lord Jesus Christ, September 12, 2018, at her Cypress Club home, surrounded by family and friends. She has been in failing health during these recent months. 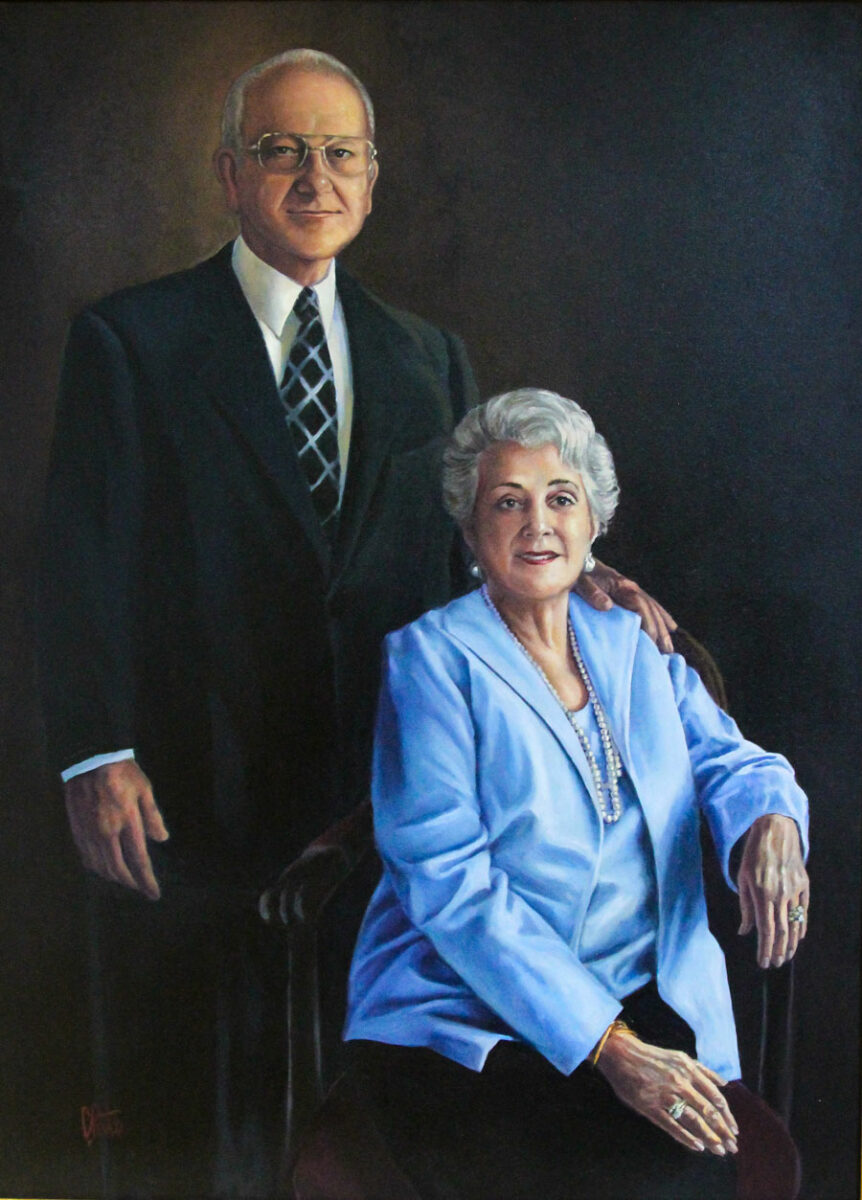 She is survived by her husband of 66 years, Robert E. Cooley; a son, Gerald E. Cooley; Grandchildren, Emma and Ethan; and several cousins throughout Canada and Sweden. She is predeceased by her parents, Carl and Eva Carlson, as well as by her son, Robert Carl Cooley, in February, 2003.

Eileen was a constant companion to her husband as they travelled the world. First, in the Middle East, participating actively in the excavations of Dothan, Ai, Haiyan and Radanna in Palestine. In addition, she assisted in the conducting of 83 tours to the Holy Lands. She was well-known for selecting deluxe accommodations and dining locations, while her husband handled the itineraries and guiding narratives. Travels beyond the Middle East include Europe, North Africa, Brazil, Mexico, South Korea, Japan, India and Russia. These trips involved lectures, conferences and institutional visits.  In all of Dr. Cooley’s work, she was a true partner and companion. Together, they were honored in the naming of the chapel after them at Gordon-Conwell Theological Seminary, Charlotte. Eileen will be remembered for her gracious hospitality, hardy laugh and optimistic spirit.

A private family graveside service will be held Wednesday morning, September 19. A memorial service will be held September 19, 2:00 PM, in the Cooley Chapel, Gordon-Conwell Theological Seminary, 14542 Choate Circle, Charlotte, NC, 28273. Memorial donations may be made out to Gordon-Conwell Theological Seminary, 14541 Choate Circle, Charlotte, NC 28273, designated for the Robert C. Cooley Center for the Study of Early Christianity. A reception for the family to receive friends will be held immediately following the Memorial Service in Room 122.