Discovering the Variety and Unity of the Early Church in Dr. Fairbairn’s New Book 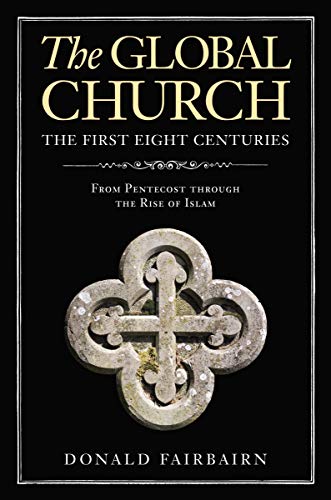 “The Lord has been at work in more ways, through more people, in more regions of the world, at a far earlier time, than most Protestants realize,” says Dr. Donald Fairbairn, Robert E. Cooley Professor of Early Christianity and Director of the Cooley Center. In his new book, The Global Church – The First Eight Centuries: From Pentecost through the Rise of Islam, he explores this topic and highlights the vitality and importance of the early church in previously overlooked areas.

As described by Zondervan, “Dr. Fairbairn helps readers understand both the variety and unity of the church in this pivotal era by re-centering the story of the church in its early centuries, paying greater attention to Africa, Turkey, and Syria, where most of the church’s intellectual energy was nurtured [and] identifying key events by their global, not merely Western, significance and taking into account early Christian interactions with other religions, particularly Islam.”

Dr. Fairbairn has also recorded a 22-part lecture series to accompany the book. It serves as an “introduction to the Patristic era that broadens the narrative often recounted and places it more firmly in its various cultural contexts.”

Get your copy of the book and lecture series today!