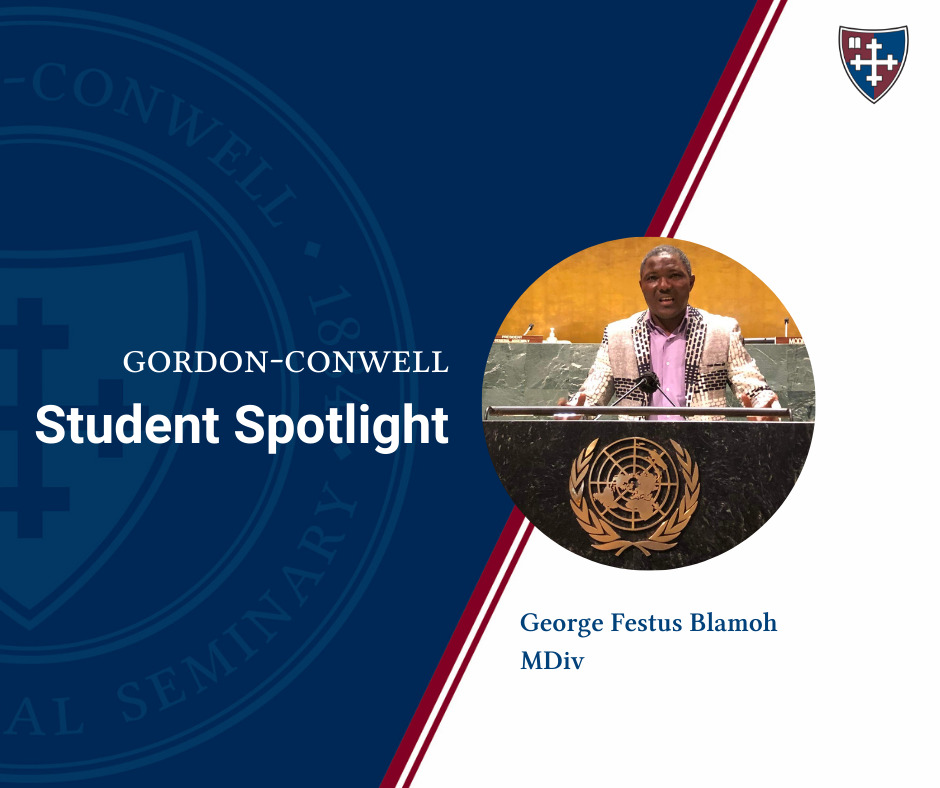 Gordon-Conwell student George Festus Blamoh recently presented at the 76th General Assembly of the United Nations in New York. As the Global Ambassador for Compassion Soul Winners Outreach International (CSWOI), a nonprofit focused on sustainable community development in Africa, George spoke on the issue of food insecurity, especially during the ongoing struggles of COVID-19 and the projected difficulties of its aftermath. He shared that, “the number of people who are food insecure has increased by a staggering 4.5 million in the last year alone.”[1]

As a native of Liberia, George states that despite Africa being “very rich with great soil, climate, and human resources,” millions still suffer from severe food insecurity. His proposed solution is multi-faceted: governments should equip and train farmers for irrigation farming that would allow them to transition from farming for personal subsistence to farming as a livelihood (known as merchandise farming); develop leaders that will partner with the international community; prioritize agriculture in the national budget; and “intentionally fight against the corruption that has over the years undermined the development of Africa and our economy.”

George was also recently selected to participate in the UN’s Economic and Social Council’s (ECOSOC) 2022 Partnership Forum, which will take place in February 2022. The goal of this forum is to “build back better from the coronavirus disease (COVID-19) while advancing the full implementation of the 2030 Agenda for Sustainable Development.”

As an MDiv student, George approaches his work as part of the commission from God “to cultivate the earth and be fruitful.” He believes, as in Genesis 41 when Joseph help saved Egypt from famine, that these are times when people of discernment and wisdom need to step into leadership positions to provide food security for those in need. George commented that “the principles and values of theological education have helped [him] greatly to bring a holistic change within [his] nation of Liberia and across the globe.”

[1] World Food Programme At a Glance.