In his final project, The Teaching of Contempt: Christian Roots of Anti-Semitism (New York: Holt, Rinehart, and Winston, 1964), French-Jewish historian Jules Isaac documented Christian contempt toward Jews throughout history, which contributed directly to the Holocaust. Isaac himself lost his wife, daughter, and several family members in the death camps. His wife’s final words, on a clandestine note to him from the camps, were “Save yourself for your work; the world is waiting for it.” (p. 9)

Isaac pointed out the fact that “all authorities are agreed that a true Christian cannot be an anti-Semite” because anti-Semitism is defined as “feelings of suspicion, contempt, hostility, and hatred toward Jews,” all of which are considered sinful behavior by Christians (p. 21). Yet, at the same time, he argued that anti-Semitism finds a safe harbor in Christianity through a subconscious contempt of Jews. According to Isaac, this is demonstrated in three ways.

First, Christians commonly theologize the dispersion of Israel, dated AD 70, as the divine punishment for the crucifixion. This becomes the basis for contempt, as is seen in the following passage from the ancient Ethiopian Church, “Covered with disgrace and rejected by all nations from the moment Christ was crucified, [the Jews] have been scattered far and wide, they have become the servants of all the peoples of the earth, because they did not believe in Christ.” (p. 45)

Second, the religion of Israel at the time of Jesus has often been reduced by Christians to mere formalism and legalism—a religion without a soul, without fervor, and without any true aspiration toward God. This contention was reinforced by the idea that with the coming of Christ, the Law had been fulfilled and superseded (thus breeding the idea of supersessionism, that the Jews have been superceded as God’s chosen people by Christians). Jerome declares that “[Jewish] prayers and psalms are like the inarticulate cries of animals.” (p. 75)

Third, and most pernicious, is the charge that Jews committed deicide by killing Christ. John Chrysostom writes, “God has forsaken the Jews. They have denied the Father, crucified the Son…henceforth their Synagogue is the house of demons and idolatry.” (p. 111)

How does Christianity, a faith opposed to hatred and contempt, find in its history numerous examples of contempt by its prominent adherents, even to the present day? Christian-Jewish relations cannot move forward until Christians address this generational blight, one that Isaac uncovered and named over 50 years ago.

While deeply troubling for Christian-Jewish relations, this contempt has an equally pernicious hold on Christian-Muslim relations. Where there is hatred of Jews, the hatred of Muslims is not far behind. In our Christian-Muslim relations course, we have read the Christian tropes of Muhammad as a lecherous man, of all Muslims being bent on violence, and of Islam as a religion of jihad and conquest, and so on. Such Christian writings are bent on a hateful posture toward Muslims. However, despite this record, we have also seen historical examples of remarkable co-existence, cooperation, and collaboration.

As long as Christians cling to this teaching of contempt, they abandon their share in the common desire of fellow Jews and Muslims in making the world a better place—for everyone. 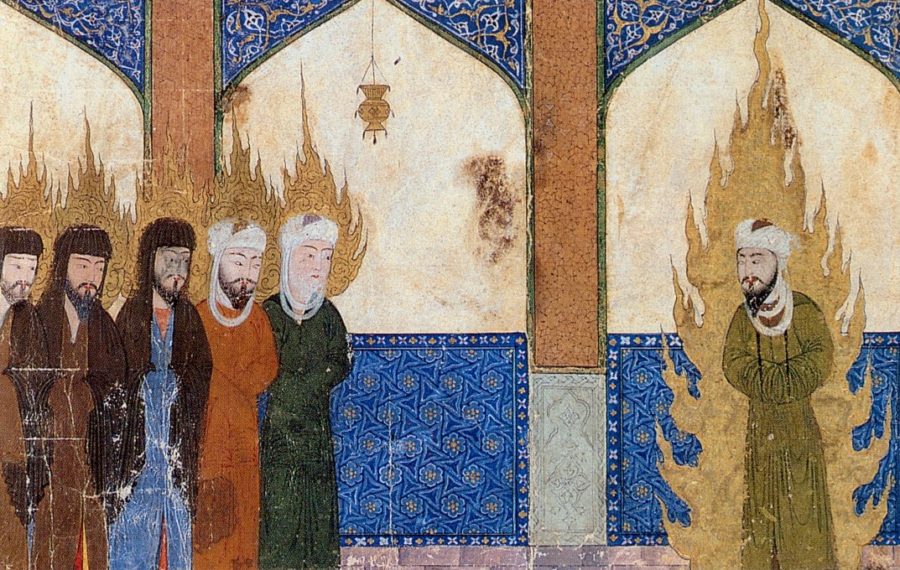