Robert C. Cooley was born in New York City to Robert and Eileen Cooley on May 20, 1963. Not long after, he moved with his parents to Springfield, Missouri, where he grew up with his brother, Jerry, attended public schools and was active in church youth programs. Raised in the home of an educator, learning was always a passion for Bob. He excelled academically, receiving the coveted Business Law Award for Missouri high school students. He was also the Regional Bible Quiz Champion, having memorized five books of the New Testament. At their home on the outskirts of the Ozark Mountains, Bob and Jerry would frequently be surrounded by close friends, nurtured in the healthy environment of a Christian family. 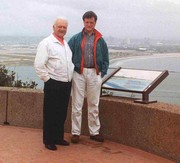 After Bob graduated from high school, the Cooleys moved to Massachusetts where Dr. Robert E. Cooley, his father, accepted the presidency of Gordon-Conwell Theological Seminary. Bob chose Gordon College for his undergraduate degree, and this proved to be a place where his zest for learning increased. As a Pike Honors Scholar he majored in Philosophy and English, and served as vice president of the student government.

Accepted to the Boston University School of Law, Bob served as editor of the Boston University Law Review and was named an Edward F. Hennessey Distinguished Scholar. Graduating fourth out of nearly 400 in his law school class of 1988, he remained in Boston to serve as an attorney, joining Jacobi & Associates in 1989. While a young lawyer with this firm, Bob successfully argued a case before the Commonwealth’s Supreme Judicial Court. In January 2000, he joined with a fellow attorney to establish the Boston law firm of Cooley & Miller.

Never one to be bound by vocation or location, Bob traveled extensively and took every occasion to cultivate his insatiable curiosity. Twelve trips to the Middle East as well as many other travels abroad provided him with a global awareness he integrated into his life and faith. While in the Middle East, he participated on two archaeological excavations and continued his quest to understand early Christianity from the 1st to 4th Centuries. When not studying or practicing law, Bob would avidly bike, ski and golf.

His faith in Christ was the pillar of his life. One friend once commented, “Bob was the strongest Christian I have ever met.” As an advocate, Bob was not content in a faith divorced from public life. In 1992, he became a founding member of the Boston Urban Youth Foundation whose mission is to help at-risk youth build leadership values and skills through relationships. He served faithfully on this board. 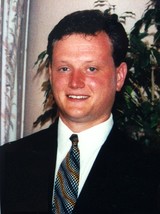 In Memory of Our Beloved Son

Robert C. Cooley died in a tragic skiing accident in 2003. In memory of their son, the Cooley family established the collection for use by students and researchers for the benefit of professional and scholarly research. Volumes and periodicals in the collection deal with archaeological endeavors in the Middle East during the biblical periods of world history, including works on Biblical Archaeology, Early Church History and Anthropology. Students and researchers will find in the collection numerous specialized resources not available elsewhere.