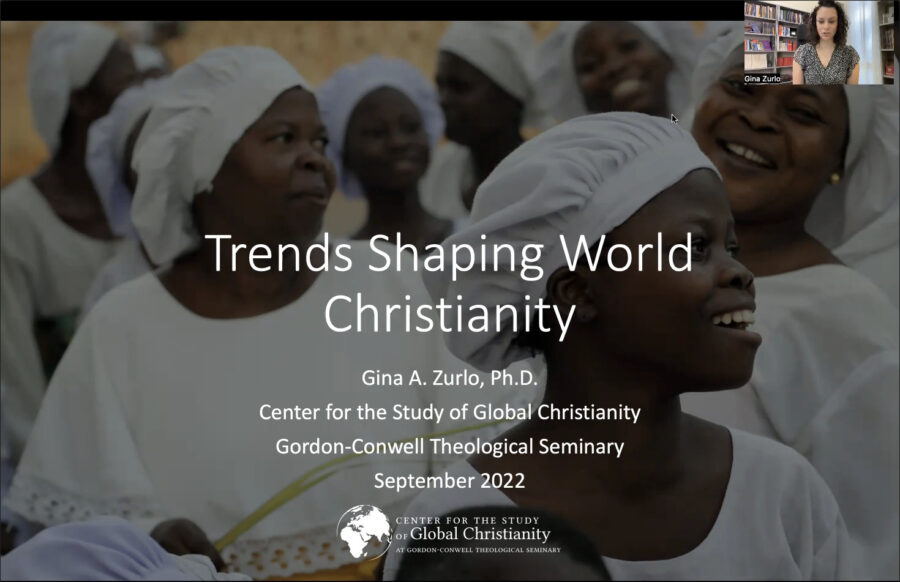 “Encountering the Global Jesus” Todd Johnson, the Eva B. and Paul E. Toms Distinguished Professor of Mission and Global Christianity, delivered this message during his Installation Service at the South Hamilton Campus on February 5, 2020.

“Our Global Families: Christians Embracing Common Identity in a Changing World,” with Todd Johnson and Jonathan J. Armstrong of the Moody Bible Institute.

“The Future of Ecumenism,” with Gina Zurlo and Rodney Petersen of the Boston Theological Institute.

“The 86% of People Who Do Not Know a Christian,” with Todd Johnson and Justin Long.

“Overview of Empirical Trends in East Asia and Southeast Asia,” with Todd Johnson at Gordon College

7-Minute Video on the State of the World from 1970 to 2010 to 2010 with Gina Zurlo, at the Lausanne Global Leadership Forum in Bangalore, India.

“The Terrible Facts: What is Happening to the World’s Christians?” with Todd Johnson at the Berkley Center for Religion, Peace, and World Affairs; Religious Freedom Project.