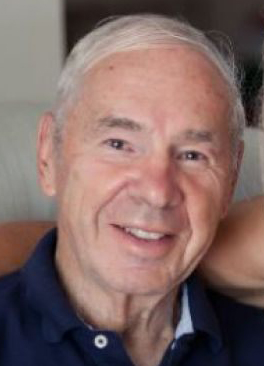 It is with great fondness that Gordon-Conwell Theological Seminary pauses to honor alumnus, former dean, and trustee, Reverend Dr. Richard P. Camp, Jr. On Tuesday, September 15, 2020, Rev. Dr. Camp passed onto glory at the age of 84. Born in New Jersey, his legacy of faithful service to the Lord spans the East Coast.

Having received an M.Div. from Gordon-Conwell (then Gordon Divinity School) in 1961, Rev. Dr. Camp pastored churches across New England before returning to the South Hamilton campus as the Dean of Students from 1970 to 1973. He is warmly remembered as “Dean Camp,” a “true friend, counselor, and comforter,” by the students he served.

Pursuing a call to chaplaincy, he served as Chaplain at the United States Military Academy at West Point from 1973-1996 and earned the distinction of longest serving chaplain. While there, he “led the Academy as it welcomed the arrival of the first class of women in 1976, led the Iran hostages reunion in 1980, aided building the Jewish Chapel in 1984, and provided the invocation for several Heisman Trophy Award presentations.” [1] He was awarded an Honorary Doctor of Divinity from Gordon-Conwell in 1988.

In 1996, Rev. Dr. Camp retired from West Point to become the Executive Director of A Christian Ministry in National Parks (ACMNP) in Freeport, Maine. During his service with ACMNP, he continued to support Gordon-Conwell on the Board of Trustees from 1997 to 2015, at which point he became Trustee Emeritus, and as a volunteer Chaplain-in-Residence at Gordon-Conwell—Charlotte in 2010. Gordon-Conwell Board of Trustees Chair, Bishop Claude Alexander, reflects on Rev. Dr. Richard Camp, Jr.’s character and life well-lived: “His prayerfulness undergirded us all. His wisdom enlightened us. His resolute courage inspired us.”

Rev. Dr. Camp was also a lifelong athlete and avid runner who ran in the Masters Track and Field circuit. At the age of 70, his relay team set the world record for the 4×2000 meter dash. He viewed his athletic accomplishments in light of his true calling and race for Christ’s Kingdom: “You’ve all been to the stadium and seen the athletes race. Everyone runs; one wins. Run to win. All good athletes train hard. They do it for a gold medal that tarnishes and fades. You’re after one that’s gold eternally” (1 Corinthians 9:24-26, MSG).

Gordon-Conwell celebrates the exemplary race that Rev. Dr. Camp ran and his eternal contributions to the Seminary and the Kingdom.

A memorial service for Rev. Dr. Camp will be held at West Point on October 9, 2021. Visit the memorial page for more information.