The Power of Sabbath

A Community Conversation on Rest and Renewal in Anxious Times

The Power of Sabbath: A Community Conversation on Rest and Renewal in Anxious Times focused on the biblical idea of Sabbath, building on the Mockler Center’s C-Suite Sabbath initiative for business leaders. Exploring the theological, philosophical, ethical, and scientific ideas and arguments for an embodied practice of Sabbath, we asked: how can the power of “the Sabbath” be translated into daily practices that can help address the current crises of stress and anxiety, fear and trauma, we all have experienced with the pandemic? In parallel, we also asked what are the effects of our over-reliance on technology and the frenetic pace of life it engenders?

We invite you to read the summary of each presenters’ remarks and listen to the audio recording of the event. Please note that there are a few issues with sound quality at different points in the recording. 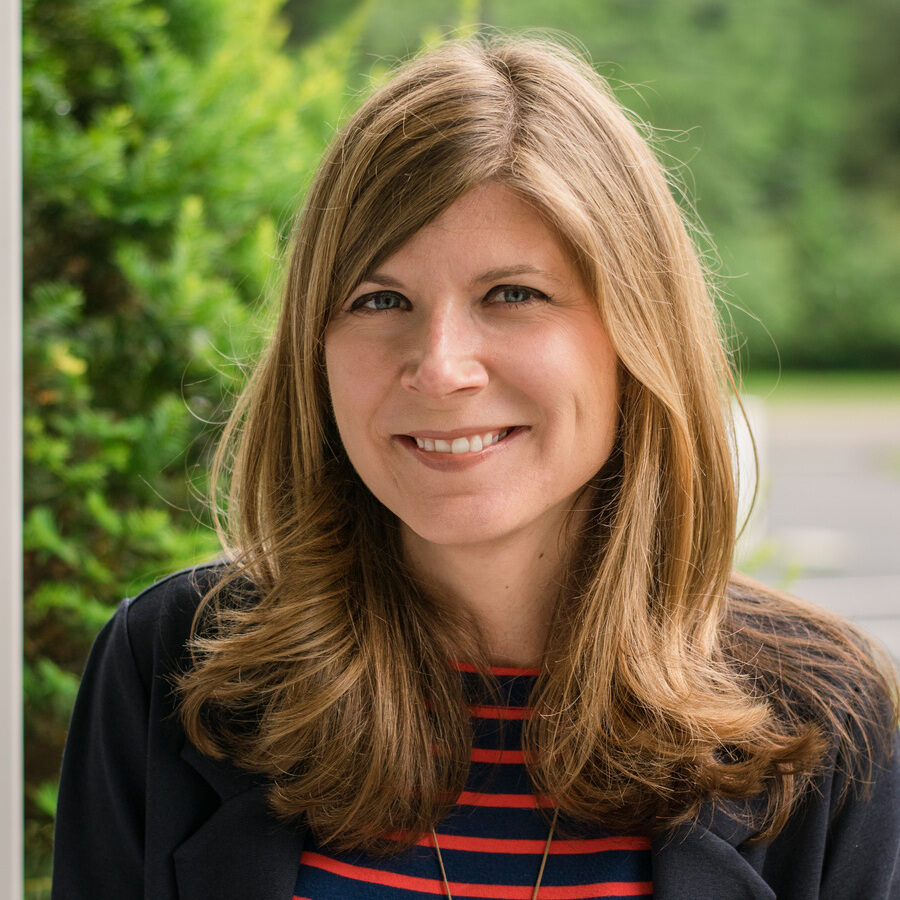 St. Augustine is most quoted for his opening line, “Our heart is restless until it rests in you” (Chadwick, 1991). Augustinian theology fundamentally recognizes humans as restless creatures. His descriptive terms are full of meaning. To be restless is to be longing or desiring creatures that orient our lives around what / who we most love. To be called creature is to imply a relationship to a prior being, the Creator as origin. This means humanity begins in a place of dependence or contingency. However, the Creator as Father, Son, and Spirit, is not simply our origin, but also our end and means. In the introduction of the Confessions, Augustine describes distinctions between creature and Creator, reflecting on the significance of our differences. To be creature is to be mortal whereas the Creator is immortal. The Creator fills all things, yet nothing contains Him. We know ourselves through fundamental differentiation from our Creator and look for completion or rest in the final goal to which we are destined. As described in my book Sabbath Rest as Vocation: Aging toward Death (London: Bloomsbury/T&T Clark, 2018), Augustine describes seven days of creation that parallel seven epochs of history, and the seven stages of life from his Commentaries on Genesis: A Refutation of the Manichees (Hyde Park, NY: New City Press, 2002). In his literal and allegorical interpretation of Genesis, he offers “seven ages of the world” which include: Adam to Noah; Noah to Abraham; Abraham to David; The reign of David to Babylonian exile; Babylonian exile to coming of Christ; the coming of Christ to the Son of Man coming where there will be rest but ‘no evening’ (Ridenour, 2018). He also includes seven stages of life entailing the following: infancy that involves the “light of faith and belief in visible goods”; childhood or “discipline to distinguish between things of flesh & spirit;” adolescence that involves “avoiding temptations of the flesh”; youth / prime of life that includes “seeking the unchangeable truth”; maturity concerning “productivity and fruit”; and finally, old age that includes building on “spiritual fruit, directing the mind to reason and justice/ understanding & activity” (Ridenour 2018). This stage of life involves a great deal of contemplation & action, or prayer and response as the summit of virtue. Finally, aging individuals enter Sabbath rest where there is rest with no evening, thereby symbolizing eternity. There are several takeaway principles for contemporary ways to practice Sabbath. Sabbath points both forward to eschatology as the final Sabbath, but also backward to creation.

Borrowing the idea from Karl Barth, God creates with the limit on life in the practice of Divine Sabbath. God could have created infinitely but chooses to limit Himself in creation (III/1; III/4). Through this limitation, God demonstrates love and enjoyment for that which He created. Aging or finitude is the demonstration of our own embodied limitations as time-bound creatures. Yet despite our material bodies circumscribed by time, humans are also spiritual creatures meant for Sabbath rest that reflects eternity as “gathered time.” We participate in regular Sabbath practices that respond to the Divine command to “Remember the Sabbath and keep it holy” (Ex. 20.8). In keeping the Sabbath, we participate in the disruption of time demanded by the monotony of work, particularly in a digital age. By practicing Sabbath, we participate in a posture of receiving rather than producing, consuming, or performing alone. Instead, we receive our primary identity as persons made in the divine image and likeness who are redeemed as children of God. Regularly practicing prayer, Scripture reading, meditation, worship, and corporate fellowship is key for engaging a religious posture in juxtaposition to the demands of modern living with hope. 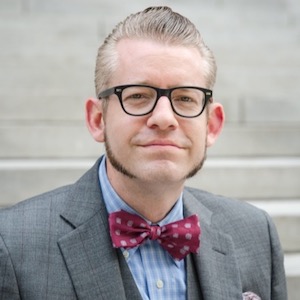 Dr. Hanson began his talk speaking about Roman antiquity and how it prized the opportunity for otium, which means “leisure.” Only the rich could afford leisure, which they enjoyed when able to withdraw from civic affairs and business dealings, ordinarily to a country home. The Italian Renaissance poet Petrarch was an eminent classicist as well as a Christian thinker, and he re-invented this tradition and applied it to his own life in a short but beautiful book called On Religious Leisure (De otio religioso). Written after a visit to his brother Gherardo, who had joined the Carthusian monastery at Montrieux as an avowed but non-cloistered monk, Petrarch dedicated this work to Gherardo and his companions in the monastery, all of whom were tragically killed by the bubonic plague in 1348. Petrarch’s leitmotif is Psalm 46:10: “Be still, and know that I am God.” As he himself emphasizes, at the heart of this passage, in the Latin Vulgate, are two imperatives, “vacate et videte,” which Petrarch says he believes together encapsulate the course of his brother Gherardo’s whole life. The translator of On Religious Leisure renders this verse as “Take time and see (that I am God,)” in order to chime with Petrarch’s own exegesis, which stresses the literalism of “seeing” God and the need to actively “take time,” to dedicate time, freed from other mundane pressures, for this vision. We get our word “vacation” from vacate, but for us a vacation implies emptying time for frivolity; Petrarch stresses that religious leisure does not just happen and is not an escape from normal activity in order to simply have fun. We must make time to be at peace and know God more intimately; religious leisure is thus something we have to prioritize and plan for. He is not exhorting us then to inactivity or laziness but rather to an active and deliberate pursuit of knowledge of God. Time costs us nothing, and if we will dedicate it to holy activities like prayer, contemplation, companionship, silence, and spiritual labors, the reward of setting it aside for sacred matters is nothing less than the vision of God. As an early expositor of the modern situation, Petrarch diagnoses a kind of frenetic busyness as the enemy of religious leisure. He writes, “it is the badge of mortal madness which rejoices more in work than in the enjoyment of work.” Paradoxically, there is something stultifying and inert about pointless activity; modern people’s restless preoccupation with staying busy disguises a kind of inert torpor, a dull sense that nothing really important is getting done. As an antidote to this modern form of self-distraction, Petrarch advises himself and his reader to adopt something of the monastic life into our own worldly existences. In this way he makes religious leisure available to all.

Books by Dr. Hanson (available for pre-order):
Kierkegaard’s The Sickness unto Death: A Critical Guide
Philosophies of Work in the Platonic Tradition: A History of Labor and Human Flourishing
Michel Henry’s Practical Philosophy 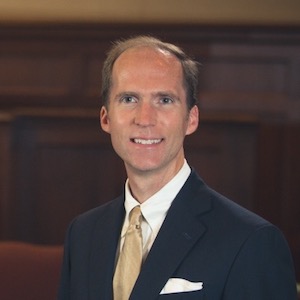 In his presentation, Prof. Gantt began by discussing the troubling data that shows the high number of lawyers and law students experiencing problems with mental health and substance abuse. He described how these disturbing statistics have led to many responses in the legal profession and in legal education, including actions by the American Bar Association and the formation of the Institute for Well-Being in Law. Prof. Gantt observed how these secular responses could benefit from recognizing how Sabbath keeping as a practice can help lawyers and law students experience a greater sense of well-being.

Prof. Gantt noted how the social science research on the benefits of Sabbath keeping to personal well-being were not as extensive as he would have hoped, although research has shown that Sabbath keeping has “several holistic health benefits when done for intrinsic reasons” (see “Celebrating Sabbath as a Holistic Health Practice: The Transformative Power of a Sanctuary in Time by Barbara Baker Speedling” (Journal of Religion and Health (2019)). Although this research is not robust, Prof. Gantt discussed how other authors offer strong reasons why Sabbath keeping can reduce anxiety and enhance well-being. For instance, he discussed the rich thoughts Dorothy C. Bass offers in her book Receiving the Day: Christian Practices for Opening the Gift of Time. He discussed how Bass first challenges us to reorient the way we think about time in the first place. Bass underscores that time is a gift from God and that our preoccupation with time “management” presumes a false theology that we, not God, are the masters of time (p.3).

He then discussed how Bass powerfully reminds us that Sabbath is a day. She highlights how God’s first act of creation was to separate the light from the darkness—thereby creating the daily rhythm of day and night—and how the Bible continues to speak to the important rhythm of each day, from passages like Psalm 74:16 to Lamentations 3:23 to Matthew 6:34 (p. 4). Prof. Gantt observed how technology has distorted this natural rhythm so that the days blur together and that our observance of Sabbath-like moments are not the same. We need to follow Scripture’s call to devote a day to worship and rest.

Prof. Gantt next discussed the Sabbath themes in Justin Whitmel Earley’s book The Common Rule: Habits of Purpose for an Age of Distraction. Earley reasons how Sabbath keeping as a discipline engenders trust, reliance, and faith in the observer. He writes, “Practicing sabbath is supposed to make us feel like we can’t get it all done because that is the way reality is” (p. 152).

From these thoughts, Prof. Gantt ended by reasoning how Sabbath keeping can be identity-reminding for believers in Christ. First, by reminding us that we need God, Sabbath keeping affirms the biblical principle that our worth is not based on our performance but on God’s love for us and grace shown by Christ’s ultimate sacrifice some 2000 years ago. From God’s grace, we learn that our busyness does not equal our importance. We also learn that as God rested on the seventh day, so should we. ‘Then [Jesus] said to them, ‘’The Sabbath was made for man, not man for the Sabbath.’” (Mark 2:27, NIV). In sum, Sabbath keeping provides many benefits to its observers; the observers are following God’s created rhythm, are resting and worshipping the Creator, and are reminded that their identity is in following God’s way, not in accomplishing certain tasks.

Stay tuned in the months ahead for more on this work and its applications for pastors and other ministry leaders. To learn more about the Mockler Center’s upcoming events, research, teaching, and programs, email Associate Director Sara Minard at [email protected].