In the opening to the encyclical Fides et ratio, published in 1998, Pope John Paul II writes, “Faith and reason are like two wings on which the human spirit rises to the contemplation of truth.”

However, as Brian Clayton and Douglas Kries observe later in Two Wings: Integrating Faith and Reason (Ignatius Press, 2018), “We are told that faith and reason are enemies rather than friends, incompatible adversaries between one must choose.” (p. 7) Which of these statements are true for Christians today?

As fundamentalism tended to dichotomize these two, the Evangelical tradition has struggled, with faith often nullifying reason. Mark Noll, in his Scandal of the Evangelical Mind (1994), opened with the sober sentence, “The scandal of the evangelical mind is that there is not much of an evangelical mind.” In other words, despite the signs of progress (publications, conferences, awards) in the more than 25 years that followed this landmark book, the movement is far from expressing faith and reason as “two wings.” Intellectual activities in Evangelical institutions are still disconnected from the vast majority of its congregations—and most importantly, from its ethos.

Mustafa Akyol, in his excellent new book Reopening Muslim Minds: A Return to Reason, Freedom, and Tolerance (St. Martin’s Press, 2021), speaks into this context. Having the privilege of meeting Akyol two years ago at a lecture he gave here in New England, I immediately felt a kinship with him by way of his work toward greater integration of faith and reason among Muslims, paralleling my own among Christians. We also connected over our mutual desire for better Muslim-Christian relations. In his newest book, Akyol states his intention to work toward an Islamic enlightenment that draws on Muslim tradition rather than Western values. For instance, while the initial centuries of Islam were intellectually diverse and vibrant, this was eventually replaced with a focus on jurisprudence or a legal culture, on dos and don’ts. (p. 12) Meanwhile, theistic rationalism, seeking harmony between faith and reason was surpassed by fideism, where faith does not need rational justification. (p. 25) Akyol summarizes, “The puzzle is this: When God tells us to ‘do this,’ or ‘don’t do this,’ does He educate us about objective values in the world that we could also understand on our own? Or, does He merely give us bare commandments whose very value comes from nothing but God’s own authority?” (p. 30) While the Mutazilites took the view that faith was largely compatible with free will and believed all humans have a natural ethical compass, the Asharites argued in favor of a more pre-deterministic view of the world, with which they eventually won the debate. Akyol offers helpful suggestions for Muslims to recover the integrated view of faith and reason.

Having just spent three months recounting the history of Christian-Muslim relations, it was a delight to revisit in Akyol’s book key monuments in Muslim history, starting with the remarkable Ibn Tufayl’s “Alive, the Son of the Awake” (12th century pre-curser to Robinson Crusoe), running all the way to the present-day Tunisian scholar Rached Ghannouchi’s advocacy of freedom of speech. A short synopsis of the book is that while Muslims have a rich and long history of integrating revelation and reason, theological forces have centered on revelation and jurisprudence, thus neglecting the crucial role of the human mind.

Here, we find the intersection between Christian and Muslims when it comes to faith and reason. In my History of Christian-Muslim relations course, we encountered how this integration provided a space for Christians and Muslims to work together, whether in Baghdad, Cordoba, Damietta, or in the Modern world. Along with people of other religions and of those with no religion, we see the value of rationality as a trait of our common humanity. While we will always have significant differences, we can meet on this common ground, advocating for a peaceful and fruitful coexistence.

I wish my colleague, Mustafa Akyol, great success in his project to bring faith and reason together as two wings in the Muslim mind. I know that he supports a similar project among Christians, given the precedent by John Paul II’s Fides et ratio. Perhaps this quest between Muslims and Christians is more important than it first appears, bringing renewal within religious traditions while also bringing us together across religious traditions. With Christians and Muslims a few decades away from representing 2/3rds of the world’s population, the fate of our shared planet depends on it. 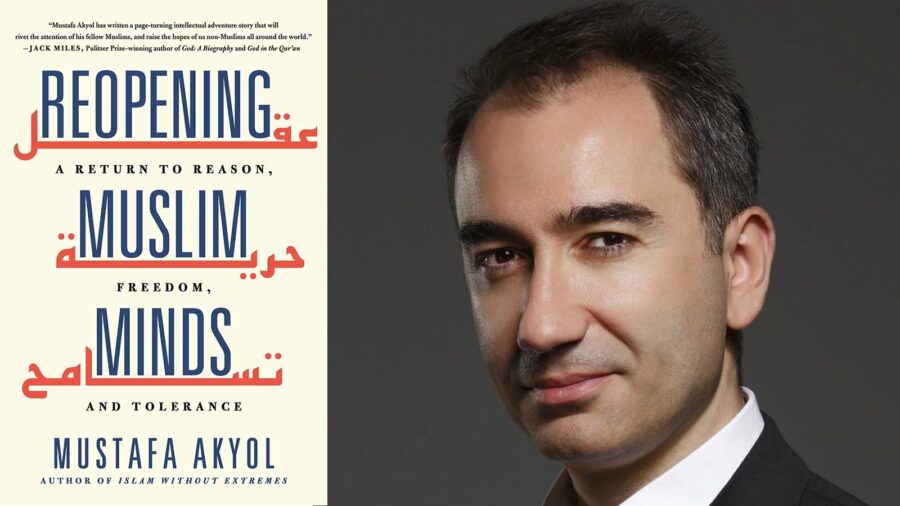