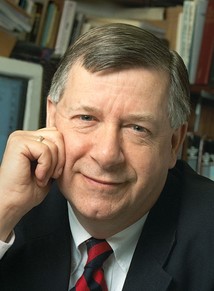 Professor Stuart is a scholar of the Old Testament, Assyrian and Babylonian languages and literature, and the cultures of the ancient Near East. He controls the use of 14 different languages, both ancient and modern. At Gordon-Conwell his courses include areas such as biblical and ancient oriental languages, exegesis and interpretation; Old Testament survey; exegesis of legal texts; and the historical, prophetical and poetical books. He also has authored articles in major journals, anthologies and magazines. His books have been translated into over thirty different languages.

Professor Stuart is active in several organizations and has served as co-chair of the Old Testament Colloquium for the Boston Theological Institute, a consortium of Boston’s seminary and university Biblical professors. He is also past president of the Boston Orthomolecular Society, a trustee emeritus of the Massachusetts Bible Society and a past director of several other organizations.

In addition to pastoring several churches in Massachusetts and New Hampshire, Professor Stuart has preached and taught widely. He was most recently the senior pastor of Linebrook Church in Ipswich, Massachusetts. He has made many short-term mission trips, and has ministered often to Gypsies in Eastern Europe. Prof. Stuart is frequently asked to lecture in colleges and universities and has appeared as a guest on radio and television talk shows and the national series Mysteries of the Bible as well as Christianity: The First Thousand Years.

He and his wife, Gayle, have eight grown children: Joanna, Eliza, Eden, Milliesha, Hannah, Maria, Delia, and Jonathan. They reside in Bradford, Massachusetts and have two tree farms in New Hampshire.