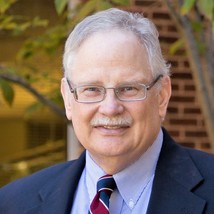 Biography:
Dr. Mayer, who joined Gordon-Conwell in 1997, brings extensive experience in writing, publishing and research to his roles as Senior Librarian and Director of the Gordon-Conwell libraries, and Director of the Harold Lindsell Library at the Charlotte campus. From 1982-1997, he served as the editor of the Advent Christian Witness magazine and as the director of publications for the Advent Christian General Conference in Charlotte. He also chaired the 1992 Evangelical Press Association convention committee.

In addition to his writing and publishing work, Dr. Mayer has taught in a variety of academic and church settings, including high school, Young Life, and an Advent Christian congregation. More recently, he has served as a Bible teacher at week-long camps and conferences throughout California, North Carolina and New Hampshire and as a local church small group leader (1999-2004). He is ordained by the Evangelical Church Alliance.

He enjoys visiting historical sites, which he does often with his wife, Renee, and has been an avid supporter of the San Francisco 49ers football team since he was nine. His other personal interests include collecting campaign buttons (of which he has over 70) and attending concerts and the theater.